Reverse bowden for my Printrbot Simple Metal. I thought I was having some issues with extrusion and retraction but I noticed it was only on large Y moves and this seems to fix the issue. 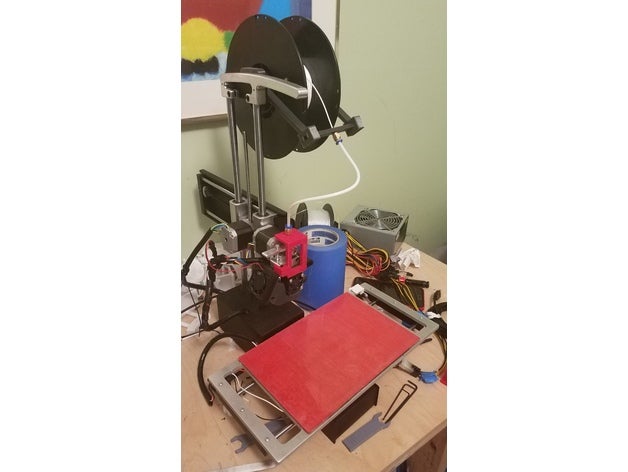 Reverse bowden setups help relieve tension on the extruder by the filament by making the length of filament between the spool and extruder constant. This was designed to printed in PETG but any strong and moderately flexible plastic should work. I...

I think most people just call that a feed tube.

@Ryan_Carlyle Yeah so did I until Tom called it that in one of his videos.

I have to call BS on that terminology… A proper Bowden cable mechanism can push or pull (pulling is more common even) so “reverse Bowden” doesn’t make sense. A feed tube just gives the filament a constant-length path to prevent yanking. That really doesn’t qualify as a Bowden mechanism at all.

Like I said I didn’t invent the term, I just saw heard it on Tom’s reputable YouTube channel. “Feed tube” does seem like a more common name so I’ll append that to the name of my model.