I’ve been working on a new Linux-based 3D-printer control board for a while and I’ve been documenting the progress with YouTube videos. The board is based on Allwinner A64, a quad core A53 kernel and has 6 TMC2209 stepper drivers.

Here is the latest video: https://youtu.be/VjlJ2-rhS6U

New blog post and video about controlling steppers with Klipper without a separate microcontroller: Recore is Finally Printing! – www.iagent.no

That’s awesome Elias! I’ve been working with the LinuxCNC / Remora project which runs LinuxCNC on an rPi with a SPI interface link to a 3DP board(SKR v1.4 or MKS Sbase v1.3) which runs MBed OS based Remora firmware for step generation. For years I’ve run a BeagleBone Black setup on one of my Mini Kossel delta 3DPs and looked for a similar solution when I found the Remora project. I had no idea the Allwinner A64 also had something similar to the TI PRUs in the BBB.

I had looked at Klipper but since I have a small CNC, 2 laser cutters and a bunch of 3D printers, it wasn’t going to work since it’s designed specifically for 3D printing. That’s where Remora and LinuxCNC came in. We already have LinuxCNC controlling 3D printers and a couple of CNC machines and this weekend I’ll be connecting my K40 up to an rPi and making the SPI ribbon cable adapters to create a good transmission line from the IDC ribbon cables used for the RepRap Smart Graphics displays.

I’ll be mentioning your project and the Allwinner A64 w/AR100 to the Remora developer. Oh, since it’s LinuxCNC the Remora developer added encoder support to the Remora firmware so there’s closed loop motion control available for any motor. One guy is doing spindle control and doing thread tapping on his CNC setup. Maybe you’re interested in another usecase for your board since I’ve seen the Allwinner A64 GPU is pretty good too so LinuxCNC/Remora on your board could be pretty great. 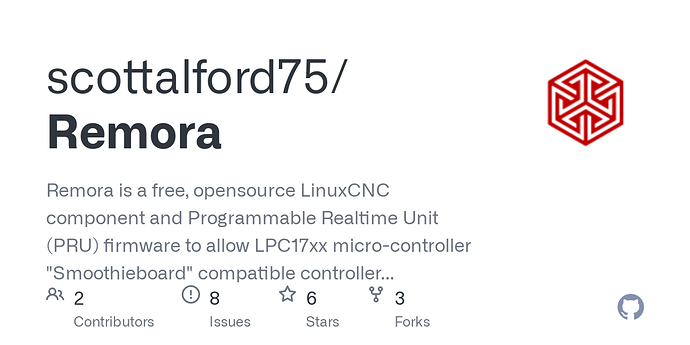