Printing hearts and cartilage is a grand idea but is it possible to print out a tree. How about a bonsai tree? Roots, trunk, and buds?

Model one, I’ll tell you

I wouldn’t know where to start modeling in or which species to start with. I am guessing conductive layers would be the firs ones to be assembled. I guess sap wood would be the first to be deposited then the phloem.

all cells in the wood would be embryonic to help the plant adapt quicker.

If you want to print living cells you’ll have to wait about 20 years.

Why 20 years?
I thought first tissues and organs are being printed. Was it all just hype?

You misunderstood. What is being printed is an inert scaffold, which is then overgrown with living cells. Constructing cells from scratch is still science fiction.

I would never expect anyone try to print cells and extracellular matrices (ECM) from scratch.

I was thinking along the lines of deposit cells in layers of ECM, print a tree, acclimate a tree, plant it outside.

The problem with that idea, @Yuriy_Fazylov_Yuriyo , as I understand it anyway, is that animal cells have a flexible cell wall of a lipid bi-layer - basically, fat. So they are like little flexible bubbles.

Plant cells have a cellulose cell wall, which may contain hardening agents, and are often rectangular or cubical, so they are more like little bricks.

When printing animal cells, they can land on each other and conform to their surroundings, and can squeeze to fit through tighter spaces. Plant cells are often larger, more rigid, and more structured, so not only would they be more likely to clog up the print head (most 3d printing of cells is currently done with ink-jet technology), but they would not flow into place after landing, but lay like a jumble of plastic bricks when spilled from a bucket, rather than carefully placed, if printed the same way we currently print animal cells.

What it boils down to, I think, is that to whatever degree it might be possible, it would require a whole different technology set than is used for printing animal tissue, and since the focus for the animal tissue experiments is medical, none of the groups working on animal tissue is likely to have significant interest in attempting to do the same for plants.

Now, in the longer term, it might be feasible to treat plant cells with something that would break down the cellulose and/or lignin or other hardening agents, without killing the plant cells themselves, then print them with a supporting substrate and retreat them with something that aided in rebuilding their cellulose and lignin. At least, it is not impossible at first blush - but it seems highly improbable, especially considering that right now, the efficient breakdown of cellulose, much less lignin, is one of the problems people are tackling in an attempt to make it possible to produce ethanol from non-food related biological sources - and that is in a situation where they don’t care if they kill the plant cell! So that longer term is more likely to be decades or centuries away, not years or months.

@Howard_C_Shaw_III
Plant cells have a plasma membrane, cell wall, and more commonly resemble a polyhedron than bricks.
Plant cells walls can be dissolved leaving a plant cell to settle out. However, just like any other multicellular organism needs to sense that it is a part of a larger network and is physically attached to something so too would plant cells. In absence of such networking & depending on type of hierarchy of the species, some plant cells will start to generate a brand new plant. In times of disorientation cells may take a less favorable rout unless treated with a blocking agent for cell death pathway.

There should be virtually nothing different from depositing a animal cell to depositing a plant cell. Just give it a flexible-minimal scaffolding to which it can attach. The plant cell will deposit the rest later. In fact there was a recent study where a model plant was given genomic instructions to make thicker cell walls for biofuel production, as a proof of concept.

Now that we have the hypothetical flexibility issue out of the way, let’s talk size. Most of the size in a plant cell is attributed to its large vacuole. If given the right instructions it should downsize that. Simpler yet, one could place the cells into a hypertonic solution, this would force water out making it a smaller-denser cell. I find that biology has a lot of flexibility points.

I just realized something.
I was going to write “why not do reverse of peeling/slicing?” but then understood that cells can be deposited in 2D framework and layered into a 3D structure. why not print cells out on sheets of paper? Embed cells like a tattoo into recycled paper and layer them on top of one another. Much like it is found in common toys (http://www.curiocityonline.com/index.php?l=product_detail&p=703) only my type of Sphinx (in a best case scenario) would have to be glazed with a thin layer of scaffolding such that layer on the bottom would adhere to layer on the top and graft on to one another for the greater good. Would it do any good as a Chea-pet? I don’t know.

This discussion is just awesome

I am glad you think so. maybe it will pick up traction in 3D printing community.

There is actually a new movement in 3d printers that is basically the printing on paper you describe.

Given that the paper is already plant material, this pattern seems like a valid concept for your construction. So if it is reasonable, as you imply, to get rid of the rigid cell wall, and shrink the vacuole, then I would say that yes, your concept should be feasible. Whether it would work well, or not, I don’t know enough to say.

I’ll also just throw out there that it might be possible, in addition to spraying cells, to also spray (from a different color well in the printer, or by passing the printed paper through a second printer) a dissolving agent to open spaces in the paper where channels should run, or a catalyst for an ultraviolet or similar high-intensity light pass to burn/dissolve openings.

They mention that the adhesive used is water-based and non-toxic, so you can at least hope that it would not interfere with the plant growth.

As best as I can tell, however, the described method, between the two videos, would not work to create open areas that are wholly enclosed (the cutting procedure involves something like a Cricut, slicing the layer of paper, but not removing the excess - after the entire block of paper is glued together, then the excess is removed, having been separated by a slice on each layer), so something like a Bonsai could be tricky to complete the removal on.

There is something else I realized.
After depositing a cell from a hypertonic solution into an isotonic solution, the cell would fit its new home quite nicely. It may even have to remodel its surroundings. It would be even better if there was a way to boost a remodeling process to create a more stress resistant plant and create a more efficient structure for itself. A printer treated field would be a suggested growth trend.

Everything could be placed in cold environment to give the plant an impression that it was simply over wintered.

There wouldn’t be any rings. They would just mature as blocks of single season growth. Perhaps it could roll on like toilet paper or a paper towel

It doesn’t have to be paper. There is a finer mesh-work And everything can be flexible on that scale. 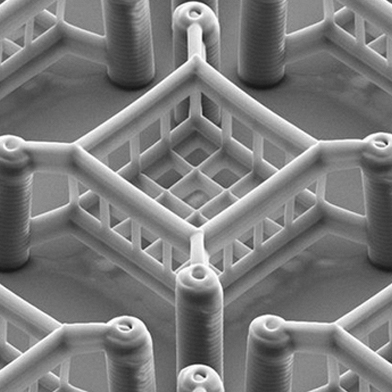 Faster printing could see the technology move from research labs to industry.

In terms of physical layering, the concept seems possible, especially when one needs to train plants to grow a certain way or shape i.e. arborsmith, bonsai, or topiary, all forms of tree/wood shaping (http://en.wikipedia.org/wiki/Pleaching). Building traditional boats could take not very traditional wood growing techniques. One could even cite growing a home instead of exerting a budget on building one. http://www.popsci.com/arbona/article/2006-11/grow-your-second-home. http://www.newscientist.com/blogs/culturelab/2012/09/mitchell-joachim-interview.html
Or the Dyson Tree.

A 3D MRI of existing vascular plants would serve as a scanner. Seedlings or saplings could be printed on slow release fertilizers so that one is never too far from the other. A mangrove boat would be interesting to see.The mind’s eye wants to see a paper mâché that could be impregnated and grow in new shape.

The adhesive is never the problem. There are a ton of substitutions one can always choose. A cell wall is a structural layer surrounding some types of cells, just outside the cell membrane. It can be tough, flexible, and sometimes rigid. It provides the cell with both structural support and protection, and also acts as a filtering mechanism. Cell walls are present in most prokaryotes (except mycoplasma bacteria), in algae, plants and fungi but rarely in other eukaryotes including animals. A major function is to act as pressure vessels, preventing over-expansion of the cell when wat Th...

if you can go to a large home improvement distributor, you will see apple trees with 3 different other grafts on them. Cellular deposition would create chimeric adapter tissues. Let’s say a rootstock will not accept a metal/compound to be passed into a plant it is grafted to, the fruiting portion. there is that benefit. However it is all speculation.