I posted a video that appears to have been removed. Below @willadams has found another video that talks about the software. Here is a link to the homepage. FYI, it is not freeware. 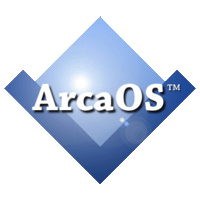 ArcaOS 5.0 from Arca Noae is the new release of OS/2 for the 21st century

I think I still have my box set of OS/2 Warp discs and book.

The desktop of OS/2 Warp is still untouched by anything out there. Fully object oriented and based on CORBA it was the best desktop metaphor every made in my book. And come on, to create a new data(doc, spreadsheet, text file, etc, etc ) you tore off a template and placed it into the folder it belonged and then you double clicked to open it. None of this find the application, use File->New and then save it via a tiny tree based view of the filesystem as the application devs saw fit to make.

Windows 95 was the worst thing to happen to the computer industry and it took Microsoft well over 10 years to even come close to what OS/2 could do in 1995.

This reminds me of Haiku (BeOS) and ReactOS (WinNT, 2000, XP, etc.) compatible) projects that have been around a while.

This reminds me of Haiku (BeOS)

BeOS was quite an amazing OS but with it was created when IBM, Apple and WordPerfect were teaming up to make a PowerPC reference hardware platform in hopes of breaking Win/Tel strangle on the PC market. Gil Amelio targetted PPC and later ported to x86 but with Microsoft allowed to tie licenses to hardware he knew BeOS had no hope if every computer with BeOS also included a license expense of DOS/Windows and quickly shut down the company and project.

It has such amazing video and multimedia pipelines that on average hardware running video could be placed on facets of a rotating 3D cube and it was smooth. Yet another example of compute innovation killed not because the public didn’t accept it but because it couldn’t get past Microsoft’s firewall preventing the public from access.

The world would be quite a different place had Bill Gates never read or Clayton Christensen never written, “The Innovator’s Dilemma”.

OS/2 was the first desktop operating system that didn’t lock everything up when you wanted to format a floppy. I remember being so happy as a desktop support person that I could be doing phone support for our product while formatting a stack of floppies. I ran a BBS in the background while compiling code for my college classes at the same time on a 386. I really liked OS/2 as my main computing platform.

UNIX was a real operating system back in those Console days and while it would tie up your current console formatting a floppy, I could switch to a 2nd console and compile code using Turbo C or Turbo Pascal, use WordPerfect, etc.

It was KNOWING how things could work and worked well which put a bad taste in my mouth for stuff from Microsoft. And later, with the GUI of the WPS, native apps were multi-threaded so even doing things like file-save, allowed you to keep working while it was writing the file. I remember looking at Windows NT and how it was full of single-threaded applications so while you could change applications and do things, the app you were in stalled on any IO or heavy graphics and you had to wait. Seemed hideous if you’d used something which was not like that.

And then Windows95 came out and it sucked so badly too. Windows XP, and even 2000 all full of single-threaded applications. And then I saw some benchmarks which tested various Windows OS’s against OS/2 and Novel Netware and it was evident that the Windows OS did multi-threading quite poorly compared to OS/2 and even poorly at multi-processing against Netware.

OS/2 was/is far superior in so many ways. The problem was, Windows users don’t know or even understand this. And the old story about a guy being asked why he was hanging around the coffee machine so much then answering that he had to reboot Windows rang so true for almost 2 decades after OS/2 3.0 shipped.

It was so consistent and logical, that on one occasion, I was able to walk a customer through installing a new printer driver over the phone, by just asking the customer what they saw on the screen, and telling them what to do, despite never having used OS/2 beyond having installed it on that customer’s machine the day before.

Video seems to have been removed.

Any word on it having any of the code from OS/2 for Pens?

not the same video but same product, OS/2, OS/2 Warp, eComstation, ArcaOS are pretty much the same with the later names being later to be upgraded. ArcaOS is latest.

Any word on it having any of the code from OS/2 for Pens?

Pen for OS/2 wasn’t part of the OS from what I recall but it probably was on some of the IBM Dev kit CDs. I don’t think it’s part of ArcaOS but they might be able to pull that rabbit out of a hat.