Whew I’ve been working long days and nights in my workshop the last 5 days. I have to make 15 plaques for a client by Monday. I got all of them cut tonight. I know what I’ll be doing tomorrow night. 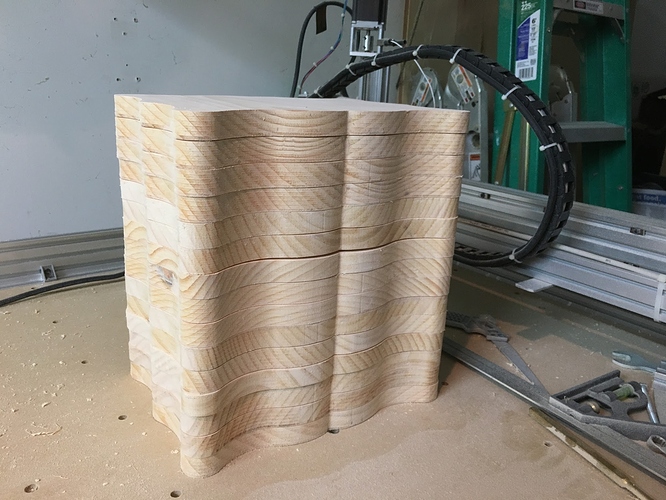 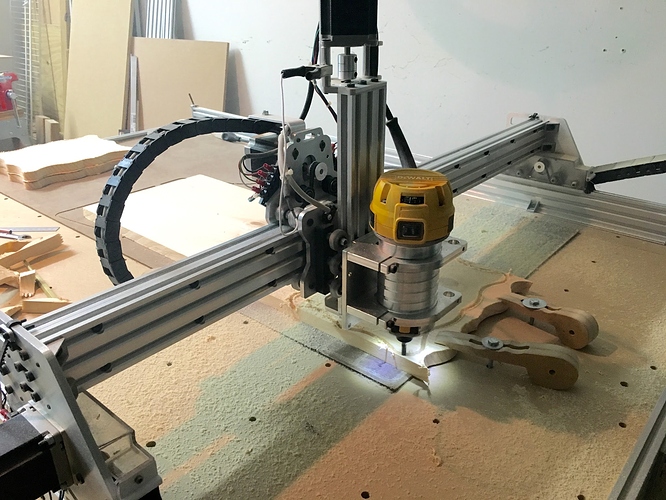 Very neat cut. Did you use straight flute bit?

How do you prize somthing like this? By the hour? The material cost? Machine time?
Neat looking milling there.

@Max_Kalin no, it was a compression bit. the photo is after I sanded them.

@Peter_Hertel I’m horrible at pricing. this is actually my first paid job. And is it or a colleague. All I have to do is cut the shape and then v-carve some text.

The cut was 10min each and the v-carve should be ~5min. Add another 5min to sand and prep each one. Material cost is <$2 each. Because the client wants to paint and stain them, I figured $15 each was fair. I guess that is approximately 80% margin.?

Plus I get to have fun working with my machine to earn beer and cigar money.

@nick_wiegand Oh thanks, I haven’t used that type yet. Usually there is chipping on the edge when I use a bit that cuts upwards.
Why didn’t you to V-carving first and then cutting? I think it will be much easier. At least I do cutting the last.

The compression bit cuts downwards to reduce the edge chipping.

I did not want to have to change bits between the steps. Also, the source material was 48"long, So I would have had to keep moving my Zero location. (I could have loaded all the cuts into one file but there is not much material left to clamp to) The way I did it was to cut the shape, break off the scrap and then move the remaining material into the same place. I marked the center and then moved the material to line up with the bit. I was able to get 5 signs out of each piece of material.

For the engraving step, I will build a fixture to align and hold a single piece. That way I can just put in a new piece and run.

Because of the number of pieces, I think it is best to perform the same step on each piece at the same time. I can operate it like an assembly line.

@nick_wiegand Yeah, if it works for you this way… Different people - different methods =)
I usually screw the material down so it won’t move (i have a MDF sacrifice cover on the bed).

I checked the bit out already. Will try it sometime later. Thanks for the tip!

When I had to cut a a groove in a plastic ring I used same method as you mentioned. Built the frame and was putting pieces one after another. The placing it and clamping it down took more time that cutting =)

I’d like to see how it will turn out if it’s not confidential.

@Max_Kalin I understand completely. I’m always open to learn new processes. I’ll be sure to share some more photos.