Aganetha Dyck , a Canadian artist from Manitoba, takes ordinary objects and turns them into exotic and humorous art. In the series above, Dyck covered figurines with honeycombs and beework to reveal the intricacies of communication. As Dyck stated in an interview with Mason Studio (http://goo.gl/Mjhe4)

“Honeybee communication research continues throughout the scientific and beekeeping world. Scientists and beekeepers, as well as dozens of international artists, plus a growing number of global citizens, are increasingly concerned with the health of honeybees. Communication between species is urgent. Research continues to try and prevent honeybees from disappearing from our world. The reason for the concern of disappearing honeybees is mainly due to the honeybees ability to pollinate over 40% of the world’s food supply.”

Dyck sees herself as a collaborator with the bees and finds herself amazed at their ability to create strong structures out of minimal materials. As she states, 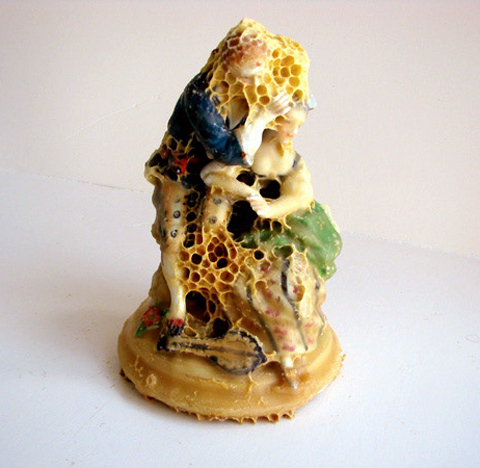 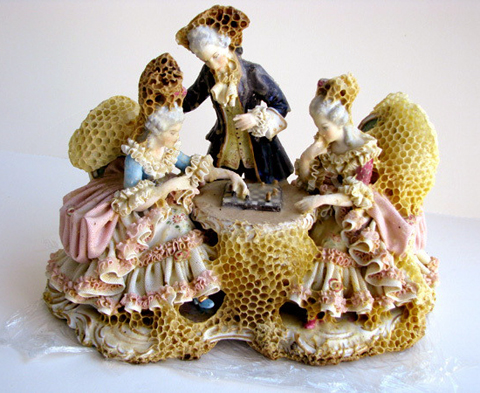 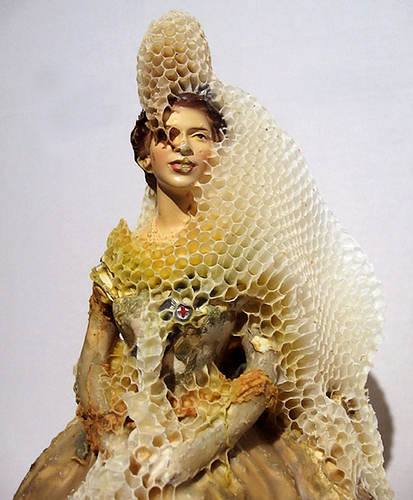