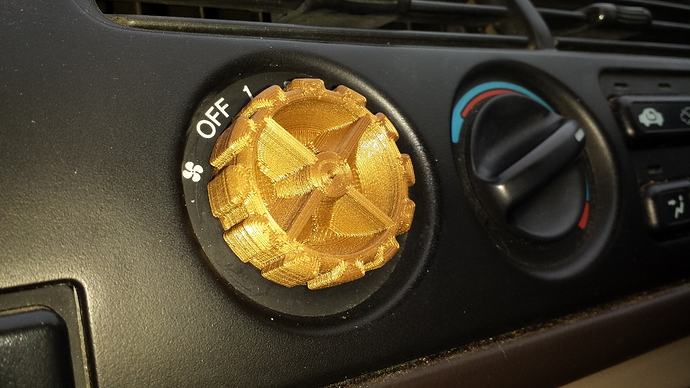 Looks great!
Did you put in a metal insert where it sits on the shaft? I’ve had repairs (and oem) parts split where the flat transitions to the round (corners of the D) if it’s just plastic there. Evem more likely to happen when the mechanism is getting stiff.

Nah, I beefed up the wall around the D-shaft to try and compensate for that, though. I do plan to print another to match, too

Where you going for style with this fix?

It’ll be interesting to see how well it stands up to the heat next summer - PLA is known to deform if left in a car standing in the sun.

@Thomas_Sanladerer if it deforms he can always reprint

@Thomas_Sanladerer I figure it may, but it also doesn’t get too hot in northern Oregon. Will be a good experiment.