I finally had some time to clean and organize my electronics/craft workbench in the house. I have been wanting to add a computer so I can program the SBCs on the bench instead of having to bring them into my office to change code. I have a 15" monitor that I removed from my travel trailer and it has been my go to for SBC output. I found an inexpensive monitor arm that would work and hooked up an ASUS stick computer that I have had for a few years that I bought to try and use on my CNC. It is enough to run Visual Studio Code and the Arduino IDE. I might see if it will run LIghtburn in Gcode mode.

I also purchased a Labrador all in one board that has been gathering dust since it was to be on the bench to replace a bunch of other test equipment. 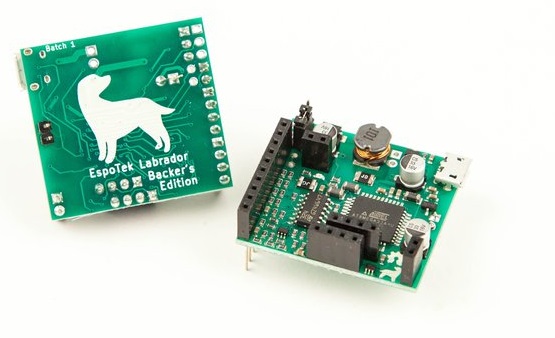 I cannot give a critique yet but will do when I actually use it! It is for light use and I will still have to bring out the big guns when needed.

I am using the computer now to write this. It will be nice to be able to do quick searches and downloads on a desktop instead of the phone. I might experiment with using a Rpi or Pine SBC as the main benchtop computer. Just depends on how much of a pain it might be. 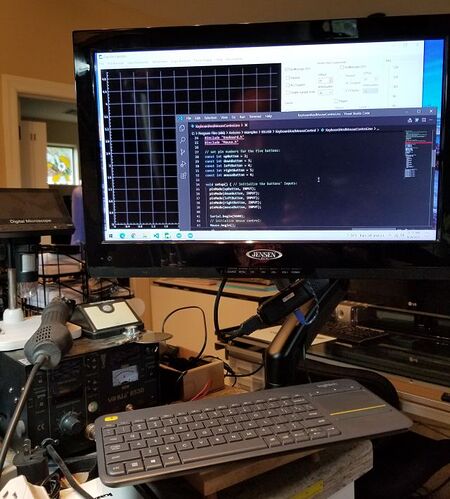 Have you tried the labrador on an android phone?
Seems to have problems: https://play.google.com/store/apps/details?id=org.qtproject.example.Labrador&hl=en

I also could not find a schematic so I emailed the builder.

Have you tried the labrador on an android phone?

I’ve only been using it on a Windows machine. I have a few Android tablets I might see how it works out.