Not sure if i’m being redundant but I personally just saw this project and funded it for the Oct 2014 delivery. Pretty neat how using basic ideas of laser/audio and liquid density to perform various xyz aspects of what we think of the traditional set up for 3d printers.
http://www.kickstarter.com/projects/117421627/the-peachy-printer-the-first-100-3d-printer-and-sc/widget/card.html

Yeah, it was a very popular post when the kickstarter came out; it’s pretty big news and not everyone checks the community frequently so it’s ok to have another post about it for now.

super neat, super clever, and absolutely no future. Will anyone really buy such a finicky device? Still, I wish I was as clever as this fellow!

well i think most of what is seen here is the prototype equiptment and their results as a proof of concept, which is pretty impressive for a prototype. They now have a good chunk of funding to “upgrade” those parts where they can get quality parts in bulk volumes needed for a finished and polished kit that should produce higher quality results. In the end I think those results may rival the form one prints as well as other resin uv setups (projector or laser based). just my two cents.

I wonder if it will run into the same patent issues that the Form 1 hit? 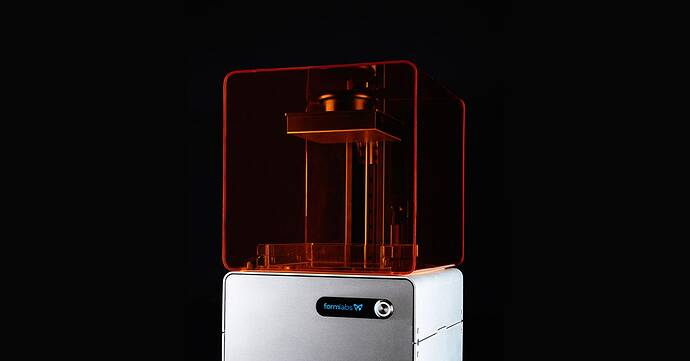 3D Systems has announced it is bringing suit in Federal District Court against Formlabs and Kickstarter, seeking injunctive relief and damages for alleged infringement of a patent relating to how the startup’s light-based printer operates.

@Lee_Lemay that patent in question covers achieving a greater resolution than the resin’s typical cure depth by means of dithering/interpolation. I doubt Peachy’s blender plugin is that advanced.

@Jeff_Karpinski Actually, it’s the floating z that is both clever and a killer. Consider how many instruments you have at home or office that require a precise level and lack of vibration, just to function. That’s assuming you can fill and clean it easily and without raising the price.

Alas (as much, again, as I am impressed by the ideas) dead in the water.

@R_J_Zimmerman I think you’re dead wrong. We already work in these environments with our current 3D printers. Wobble affects prints, we’ve managed to get rid of it. Simply having a sturdy table is enough for this, as you can utilize leveling feet to ensure everything is in tram, and that’s all there is to it.

I’m currently working on this same floating-resin idea, but with a proper Z axis table to ensure even layer heights, and will be doing the same. This gets rid of the biggest hurdle regarding top-down resin printers, the absolute volume of resin (that was) required in order to get started.

@ThantiK 3D systems floating bath of resin has been around for ~20 years. I’m not saying it’s impossible. I am saying it ain’t gonna happen as a consumer, or even office quality product.

Note, for example, how much further 3D printing has come once other technologies beyond stereo-lithography surfaced. Stereo-lithography has value, of course, but it’s just hard, annoying, and messy to have as an office printer (which, given it’s price and promise, is what this kickstarter is proposing.

Regardless, I’ll be glad to be wrong! Good luck!