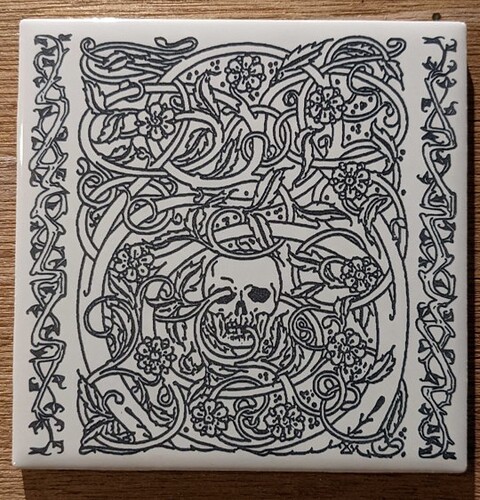 Interesting. The white Titanium dioxide (TiO2) is being converted (oxidized) to black Titanium(III) oxide (Ti2O3) by the high heat of the laser.

Sorry, felt compelled to to draw the balance reaction equation

I would think in an exothermic reaction, you would lose oxygen not gain it.

You are having to dump a bunch of heat in to drive the reaction so it’s most likely an overall endothermic reaction. I’d have to calculate the enthalpy change to be sure. However, that’s an exercise I don’t fell compelled to do and, as the saying goes, that’s an exercise left to the reader

Oxygen can be formed in both endo and exothermic reactions. The reaction I wrote is just the balanced equation and doesn’t really say anything about actual formation of oxygen. With that much energy being dumped into the piece probably lots of free radical oxygen reacting with other stuff.