I just sent a batch of face shields to a local nursing home by their request. Someone from my church made the connection, and he picked them up while practicing careful social distancing.

I’ve had a few contributions of transparencies. One neighborhood family used to home school and had leftovers from that project, and provided the transparencies for me to match to frames I print and give to essential workers.

I’ve learned that GizmoDorks low-odor ABS might be lower odor than normal ABS, but not that much. My family are putting up with the smell only as a gift to the community. I need to work something out to deal with this.

Add an extraction unit to it after enclosing the printer?

I don’t want to exhaust the hot air when I enclose it; that would defeat the point. So my first thought is whether it would be possible to have a recirculating filter inside the (future) enclosure. That leads me to a question whether crushed pure hardwood charcoal (not self-igniting briquets) would be a long-term cheaper source of odor absorption. I could make up packets, and then when the printer starts to smell, swap in the next fresh packet.

I have a dehumidifier in the next room that runs a lot. I could put a layer of carbon filter in it or in front of it and it might capture more of the odor that escapes. Belt and suspenders.

I have a new recommendation for transparencies for the 3dVerkstan frames: 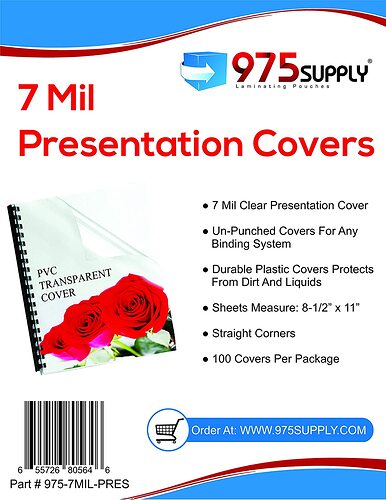 Oddly not available on 975supply’s web site, but they came more quickly than originally projected ordered through Amazon. They shipped from GA, which was convenient for getting to NC quickly.

They are optically clear and punched easily.

And the mandatory hint: do not use PVC for Laser cutting, the fumes are toxic!

I have learned that the Fellowes and similar clear binding covers are made of clear PVC and are therefore unsuitable for laser cutting. (But they punch nicely with a three-hole punch.)

I’d love your info on this: how are you getting good prints with PETG at high speed? What PETG are you using? What speeds precisely? What nozzle size? My family just rebelled at me printing the frames in ABS until I get some filtration set up, so I ordered 4kg of PETG, and I’d love to know what you are doing to print these fast.

I think I’ll also try drilling out the nozzle, because that should also make it substantially faster. I suppose I should try one thing at a time though!

Yeah temp increase can make PETG less stringy which is not usually the case for other filaments. Getting the viscosity just right for clean retraction is key. I recommend making a test print with three cylinders spaced apart in a triangle two close, one further away. Then adjust print temp as you go up the cylinders and find the location where retraction gets the most crisp. For PETG I run a tiny bit of “coast to end” in the slicer. Maybe even a slight negative “extra restart distance” if your slicer supports it. Also z-hop can be your enemy on PETG as it tends to pull a string as it lifts.

I broke my #60 (~1mm) drill bit trying to drill out a larger nozzle. Printing with .6mm extrusion width with a .4mm nozzle right now. I didn’t run a retract test at this point, as long as I can print workable visors prioritizing that, and test looks good so far. I laid out three on the bed.

I just use the extra extrusion with to put out more plastic and make them a little bit stiffer in PETG. I run a 0.3 mm layer height on the first layer and then 0.26 on all the rest of the layers. I found over the years that running a 0.3 mm first layer makes up for most bed inconsistencies within reason. Although honestly since I’ve gone to BL touches my first layer is always perfect so I don’t probably need to do that anymore but it just helps with that adhesion for some of the trickier materials.

Starting from your suggestions (with slight modifications) definitely helped! I used 270⁰C, no Z lift, 2mm minimum travel after retraction, -0.5mm extra length on restart, and 85mm/s for all my speeds other than small movement and 50mm/s first layer. It worked much better. I can tweak from here, but it produced usable frames. One of the nice things about a 330mm square bed is that I can fit three frames on at a time!

I’m using prusa-slicer right now. No coast at end at this point. I could fire up cura again; I used it first and only have a vague memory that some limitation annoyed me at the time, no reason not to try it again. It looks like Cura has experimental support for volumetric coasting. I can start by trying its default 0.064mm³ which is about .5mm length of 0.4mm nozzle width. It’s about time for me to try another slicer again! Worth a shot!

If I use prusa slicer I’ll use a slightly thinner extrusion just for the outside perimeter which can help make it a little prettier 0.5. But I actually sliced mine in simplified 3D because at least on my long Bowden I seem to get cleaner prints with less manual cleanup. And simplify 3D doesn’t have extrusion width modifiers by feature.

Ah, I have basically direct drive, just a 2" tube between the extruder and the hot end.

Cura had a few nice features but it’s blobbing more than prusa-slicer on the same model with as close as I can come to the same parameters, so I think back to prusa-slicer to generate gcode for the next print. But when I have more time to experiment I’d like to try it again.

I don’t know whether 270⁰C overcooked my filament or I had some slight underextrusion, but a bunch of the frames I printed delaminated in vertical cross section. They seemed brittle for PETG which is why I wondered if they are overcooked. My trash can is now holding a lot of dead frames. I think I need to slow down to speed up.

Are you doing active cooling? I am running cooling at zero %fan, layer bonding is crazy. But yes start slower and cooler, then start working your way up. Faster until under extrusion, then hotter until flow seems correct, then try faster again… Tick tock your way up until you are no longer happy with the results.

I’m using zero fan. It’s possible that I was seeing underextrusion, or that I was using too high a width for my particular nozzle due to a finer point on the tip, so that the layers weren’t reaching each other. The filament bonded great to the filament under it (Z); it was the filament next to it (X, Y) that didn’t bond well. So on reflection, I was probably pushing extrusion width too far for my nozzle…

I got a batch of various nozzle sizes yesterday, so I just installed a 0.8mm nozzle, which 3DVerkstan recommends anyway. First time trying it. I’ll try default extrusion width, except not using extra first layer extrusion width (by default, prusa-slicer makes the extrusion width twice as wide on the first layer), and slow down a bit.

Next, I tuned linear advance.

Now, the frames I’m printing are structurally sound; they bend well without delaminating. But I’m still getting significant stringing. I tried printing a temperature tower, and the entire range I tested, from 245⁰ to 285⁰, I kept seeing stringing. But that doesn’t test printing at speed, and with the 0.8mm nozzle that’s where a lot of the challenge lies. The tower, which since it was all small moves was only slow movements, looked better around 255⁰, but when I tried to print the visor with the hotend at 255⁰ the plastic didn’t get hot enough to stick to the 75⁰ bed even at 60% of 60mm/s (36mm/s) so that didn’t help.

Other than some stringing, the visors are looking good and printing quickly with the 0.8mm nozzles, and I was having to clean them up anyway before, so I think I’ll stick with the 280⁰ first layer and 290⁰ other layers, with 60mm/s speeds and 0.6mm layer thickness for all layers, and just clean the strings off afterward.

So going from 85mm/s with 0.4mm nozzle to 60mm/s with 0.8mm nozzle, but twice the extrusion width and twice the layer height, works out to a speed win, even though I still have to clean strings off the edges.

Have you tried drying the filament, I’ve had stuff fresh out of the mfg package with desiccant that strings and then I ran it and my food dehydrator and reprinted and strings went away. But I agree sometimes small wispy strings just happen and cleaning them up with a razor knife and a heat gun at the end is faster than trying to figure out those last few slicer tweaks.