New printer - corexy or not?

I’ve been thinking it might be time to upgrade my 3d printer (Ender 5). I’ve had it about 2 years or so and it’s worked very well. I’ve updated the usual suspects (controller, hot-end, extruder, linear rails) but I need a new project at home and building new printer is just the thing to get me through winter.
I recently watched a video by Teaching Tech where he started the build of a kit corexy (Rat Rig) and at first look, it seems quite good. A kit like this is preferred as I no longer have a workshop to be able to do fabrication.
I’m looking at a bigger build area than the Ender 5 (235x235x400)

Interested in opinions re corexy printers vs hbot, etc.

I don’t think that corexy vs. hbot vs. makeforged matters very much. In the US, if I were building a new printer right now, I’d probably start with the muldex by 3D Printing World. It’s an independent dual extrusion dual markforged printer. There are kits available but I don’t know what shipping to down under costs. That’s 300mm x 300mm x 310mm

However, I would use synchronized bed screws instead of multiple motors because that keeps the bed level without tweaking. If you have multiple motors on Z they will get out of sync when you power off because sometimes they will be on half steps and one will fall one way another another the other way, and they are open loop. And why carry the mass of bed sensors on the head when you can just keep the bed level in the first place?

An IDEX might be a good option.
I did get into the XChange Kickstarter from printermods.com so will have an easy way of changing print heads/hotends.
If I do go the Rat Rig direction, it will set me back about $A1600 plus shipping. I do like the tool plate bed - which the muldex also has.
Truth be told, I don’t really need a new printer - the Ender 5 works just fine - but I’m limited in the sort of projects I can do at home.

Cast aluminum tool plate bed is one of the key reasons that Z can be completely stable. I am super happy that I switched from wrought aluminum to cast and wouldn’t go back.

I’ve been checking out the Rat Rig and the Hevort corexy both use a cast tool plate.
Still looking towards a kit (Rat Rig) as I don’t have facilities to do any machining.
I moved and downsized a couple of years ago and all the tools didn’t

Got an email quote on the Rat Rig ~ €1400. And that isn’t a complete system, needs contoller, hotend, extruder but I already have those.

The muldex is also available as similar kit pieces. Not trying to talk you into it and haven’t priced it. Just FWIW.

Looks like the rat rig is voron-style three Z motors? I still don’t get the attraction of having motors that get out of sync and have to be re-synchronized every time you use the printer, unlike just putting a timing belt around some pulleys that just always stay in sync. I know a lot of folks are doing it, but it feels like bad engineering, making something more expensive, more complicated, and less good, at the same time. Sync belt is better, faster, cheaper — pick three. How often do you get to say that?

A quick calulation shows that a basic muldex kit would cost me aroung $A1200 plus shipping (have to go through the checkout process to get that!). Also this was from several suppliers (frame, tool plate, panels, etc).

EDIT: Noticed they have a full kit that includes frame, tool plate, panels, etc) so a single shipping charge.

I just asked the designer about that. On twitter, natch. 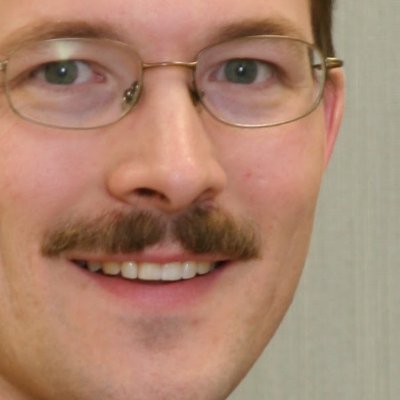 @dddpworld Is it reasonable for someone who isn't on facebook or twitter to build a MULDEX? (from thread on Maker Forums; I'm... obviously on twitter myself ☺) 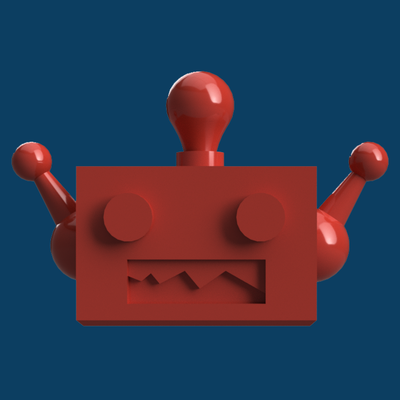 @mcdanlj Thanks for making this enquiry, good to know there’s a non Facebook option.
I’ll have a closer look at the github page(s)

Also looking at Hevort, also open source. Capable of printing at insane speeds. Printing at 800 mm/s on a FDM CoreXY - Can the HevORT do it? - YouTube

Would require a lot more work to source compnents and may require some machining or at least profile cutting or ball screw machining that I can no longer do.

Another kit with three Z motors!

(The old man here is yelling at the clouds, it seems.

I think that today, if I wanted to print really fast, I would consider:

I don’t see three Z-axis motors as a problem. I’m going to be bed levelling every time I turn the machine on (and perhaps between prints). As long as the steppers are on, the bed won’t fall.
The first 3D printer I had, an Ord Hadron in 2013, featured dual z-axis motors and it kept its level well - no bl-touch in those days!
If I ever want to try non-planar printing, three Z-axis motors would be an advantage.

I’m going to be bed levelling every time I turn the machine on (and perhaps between prints).

Obviously, we come to different conclusions here. I’m trying to understand. Why level between prints? If it’s changing between prints without disabling stepper motors, something is very wrong with the printer (like binding) which will also show up in bad print quality, right?

The first 3D printer I had, an Ord Hadron in 2013, featured dual z-axis motors and it kept its level well - no bl-touch in those days!

My original bed-flinger had two Z axis motors on a single stepper, and it mostly stayed in sync. But when it got slightly out of sync, I initially didn’t understand what had happened and would adjust the bed instead of one lead screw. (That printer has since had its parts repurposed…)

If I ever want to try non-planar printing, three Z-axis motors would be an advantage.

Which models have enough degrees of freedom in each bed mount to enable non-planar printing? Using a maxwell kinematic coupling with really long grooves maybe? Have I missed one of this printers actually being reasonably configurable for non-planar printing?

For most printers, I doubt the degree or two you can get before bending things from racking forces will enable meaningful non-planar printing, and having multiple motors just gives plenty of failure modes in which the couplings can be driven out of sync such that mount elements or drive elements (e.g. the lead screw) are bent. I mean, it has to be explicitly designed for non-planar printing, which I would expect instead to do with a five-axis printer like XYZdims (René K. Mueller) has been playing with than with independent control of three Z steppers.

At this point, it’s still looking about for ideas. I need some form of kit should keep me busy while I’m stuck inside during winter.
I want something I can fiddle with and (hopefully) improve rather than a 3D printing workhorse - the Ender 5 I have does a good job at that.

So far the Hevort is leading the pack, as far as choice is concerned.
An active and helpful forum plus I’ve found two locals who are building it (local meaning in Australia). having someone in the same timezone to ask question of, is nice.
There are a number of spreadsheets provided to do sizing calculations and produce a BOM. Lots of supplier links for the necessary parts, etc.
Waiting for a few quotes on 3030 extrusion, already have a good idea of the cost of linear rails and ball screws courtesy of Aliexpress.
Final size is probably dictated by where I can actually put it. I live in a small, one bedroom unit/apartment and there’s not a lot of free space.

Well the extrusion has been ordered and paid for so I’m committed to the Hevort now!
Build size will be 350x350x390. XY dimension chosen so I can fit the finished machine in the limited space I have and a Z of 390 so I can order standard length ball-screws and linear rails.
While waiting for parts to arrive, I can get started on printing the necessary parts - once I decide on a colour

At this point, all I have to show are a couple of invoices