No question, just showing off 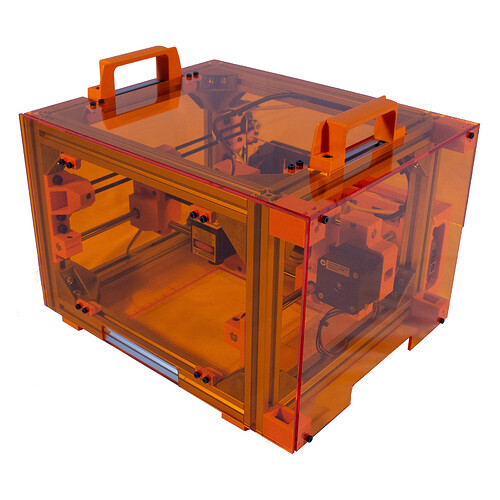 Been working for most of the year on a new laser engraver that I designed in collaboration with a friend who’s a woodworker. Unlike most of the diode engravers it’s designed to be small, lightweight, and portable so that it can be brought to the work piece instead of the other way around. This way you can engrave onto very large pieces. Though, of course it works with smaller things as well.
It’s entirely open source and heavily uses 3D printed components along with standard 3D printer parts and hardware from Misumi.

I will be doing a small run of kits for some beta testers that will be sold at cost. Just trying to grow the user base. If interested in making me do all the procurement work email me via engravinator@maniacallabs.com

Awesome work Adam. I like that you have it fully enclosed for safety, my issue with most diode engravers is the lack of an enclosure.

Very nice work. I had a similar idea but never implemented it because I do all the work for my friend on my large bed CO2 laser instead of me going to her. The CO2 is faster too!

I’ve got a CO2 laser too but it’s overpowered for a lot of engraving since it’s activation power is ~15-20W. Also this was partly designed for a friend who does a lot of wood working and wanted to engrave on furniture.

@Adam_Haile I agree with everything you are saying. In my situation, I never followed up on making a similar laser due to the need was just not there for the engraving needs of the people who I work with.

Awesome idea and implementation thereof. I have this problem in spades in that I want to engrave a small area on a big chunk of material.

The BOM listed is pretty much worst case scenario. A lot of items (that aren’t from Misumi) are more “Market Price” and I just listed whatever I found to be the upper end.
I build the units I have (3 currently) for about $350 each

How does it clamp to the workpiece.

That’s mostly left up to the user at this point though I’m sure I’ll be releasing at least “reference designs” for that in the near future. Assuming you have a relatively flat and level surface, nothing more than some rubber feet on the bottom (recommended in the coming-soon build guide) is more than enough.
But you may notice that there are cutouts at the bottom of the enclosure panels - This is so that you can attach to the T-slot extrusions. At the least I’ll release a design for a simple L-bracket that attaches there that can then be used to either screw or clamp down the machine. But mostly I find it unnecessary.

How do you align the units starting location to the workpiece?

Depends a little on your software but there are a couple ways I do this (usually both):

What software will the Platypus controller work with and what software is in your recommended toolchain?

It runs grbl so anything that supports grbl like LightBurn, LaserWeb, LaserGrbl, etc. I use LightBurn because I value my time and puts everything else to shame

I’ve even gotten LightBurn to work quite nicely controlling a pen plotter modification that will be available for the machine.

I heard you were at ERRF with the prototypes. How was the reaction to it?

Apparently enough to engage HAD’s attention since they mentioned it…

We had a chance to see the Engravinator in action at the recent 2019 East Coast RepRap Festival, and definitely came away impressed. 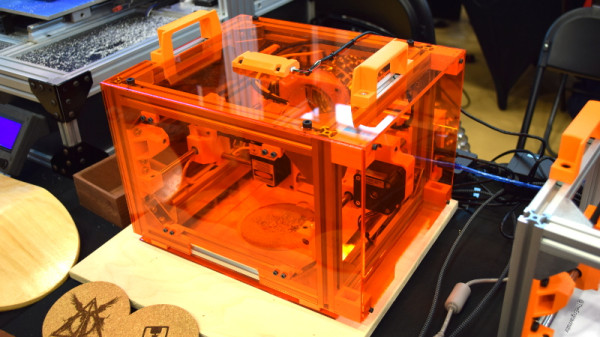 An Open Hardware Laser Engraver For Everyone

Right now, you can get a diode laser engraver on eBay for around $100 USD. That sounds like a deal, but it’ll probably use some arcane proprietary software, won’t be terribly accurate, …

I see OSHWA US000199 and so landed in Make’s OSHWA December wrap-up.