Need some help. Found some issues with 3d prints.

Need some help. Found some issues with 3d prints. All of a sudden lines are coming on the side walls in both X and Y axis.

Is it due to Mechanical issues or slicer?

I tried to adjust the Z lead screw, applied some machine oil, tighten the screws, checked for belt tension etc. 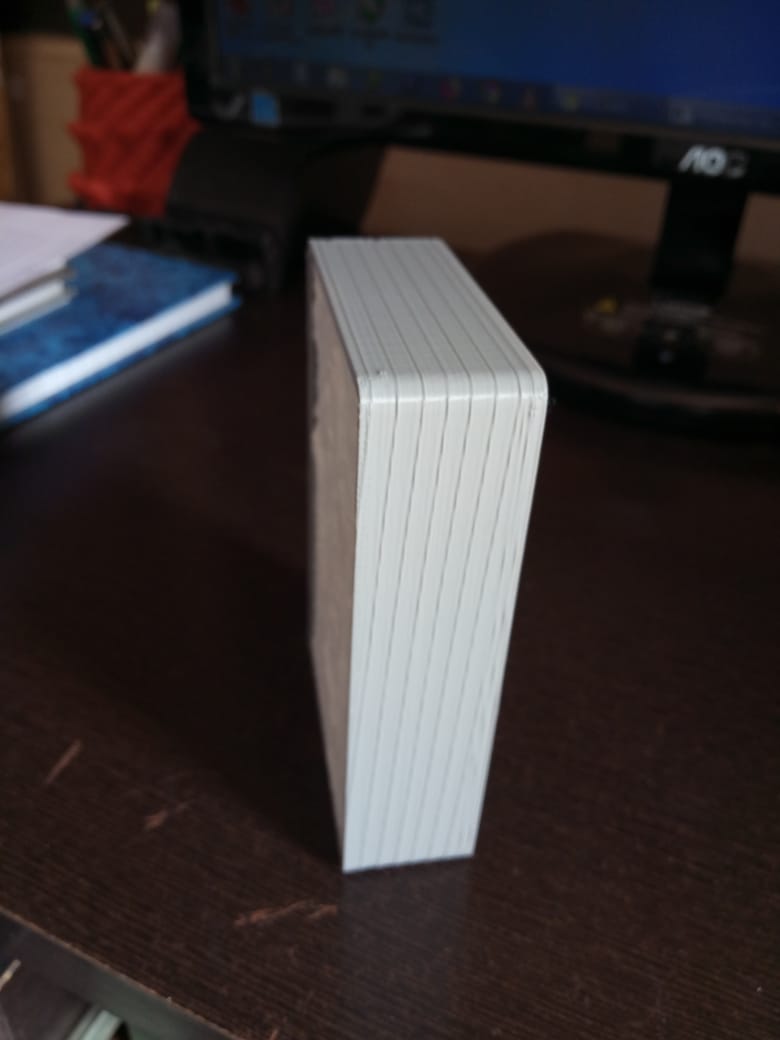 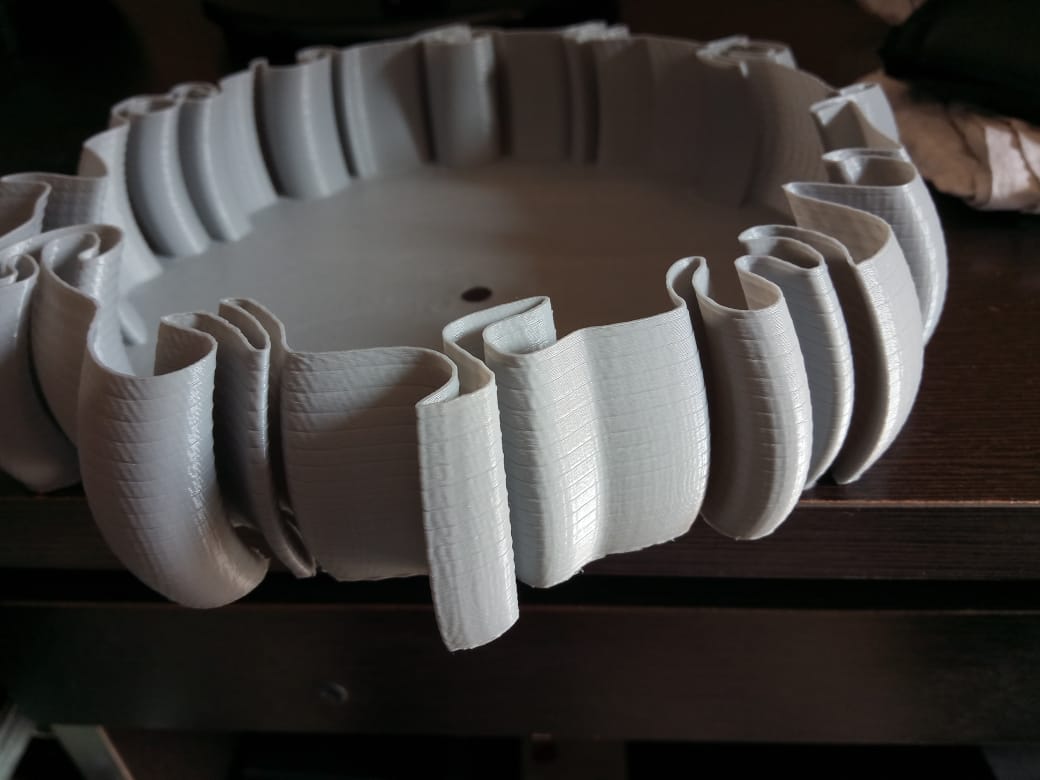 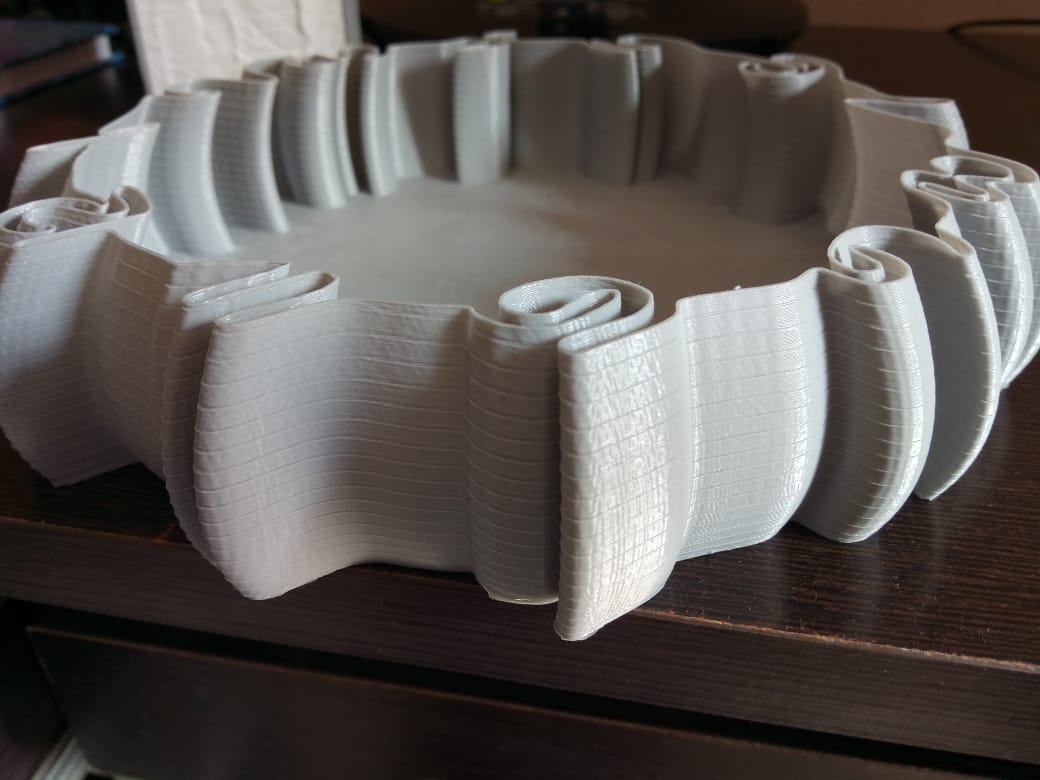 Have you tried slicing in another program like Cura or Slic3r? That would be my next thing to that after checking the Z axis.

That looks like a z axis issue to me, if you put the print against the z axis screw do then defects align with the threads?

Find your zsteps and then find a layer height that divide with that. Looks like a rounding error in firmware because of layer height.

@Rob_Povey Yes, exactly. The lines are matching. Whats the issue? How can we solve?

Stop messing with the software and look at the machine. Sudden changes are far more likely to be a worn or loose part. Go over your machine… Look at it like you want to find something wrong. Print a 10x10x10 mm cube. Mark it for orientation to your machine axis. Measure it with calipers. The out of speck side will point to the axis to inspect.

The lines don’t appear to be aligned with the layers. Is this correct? I bet you’re using auto-leveling, right?

@Whosa_whatsis Yeah, it is not aligning with the layers. No, we are not using Auto leveling. But, as per Rob Povey, lines are matching with lead screw threads.

But you are printing in vase mode right? So the error would be in a spiral like on the picture. This would not be possible if it is hardware problem. So I am pretty sure it is a software problem as I described earlier.

@Jesper_Lindeberg First image was printed in normal model only. Only the second one Clock printed in Vase mode

Do you have any pictures of your extruder? That’s a weird pattern, and looks like the nozzle is starved. Did you clean your feed gear? Any strange tension on the spool?

@Francis_Lee That is Titan clone extruder.

If you’re not using auto-leveling and the lines are not along layers, it doesn’t matter if it matches the screw threads. That must be a coincidence, because screw pitch errors can’t occur out of the plane of the layer without autoleveling. I suppose vase mode interacting with stepper error could also cause this, but then it wouldn’t happen on non-vase-mode prints.

@Whosa_whatsis thanks for confirming my suspicion there. I hadn’t replied yet because I was trying to figure out how in the hell those layer lines A) matched the screw pitch, and B) crossed the layer lines at such an incredible angle. I didn’t think mechanically that could happen due to screw thread issues. Could this be something like a bad ball bearing in one of the races allowing the X axis to tilt at different heights? That could account for the Z shift at a radical angle maybe?

I can’t think of any way to get an artifact to occur that regularly without stepper resolution being at fault. Crossing layer lines means that some interaction between the z axis (or, much less likely, the e axis) and one or both of the x and y axes is required.

@Whosa_whatsis @ThantiK @Francis_Lee .
Thanks for your support.
I changed stepper drivers, stepper couplers. Replaced left side lead screw to right side and vice versa.

No results. Changed the Y axis pulley. Realoaded the firmware. Removed and tighten the extruder again.
With these all changes, the result was same.

Then all of a suddent print started skipping suddenly and frequently.

Then we found that the Y axis motor became faulty. It stops rotating frequently.
When we removed and tried to rotate manually, it was not rotating freely.

We replaced the motor and checked. Almost the issue has gone. So, final decision is that motor was faulty.

Took lot of time and did lot of changes.

Thanks for all your support

@Tech_World thank you so much for your reply and letting us know what it was; that way we can learn to spot this kind of thing as well. SUPER odd that it was the Y axis motor. I don’t understand mechanically how it could have created a spiral, because it would have been in the same spot relative to where the print was happening - so I’m still kind of confused as to how it was spiraling so regularly.

@ThantiK nods… Also to see if it’s reproducible. Kind of like the vector/texture painting that was all the rage last year.