Ned's Tool Rescue - The Craigslist Find That Almost Killed Me!

Well it seems it’s time for another tool rescue post/blog. In this episode of Ned’s Tool Rescue we will be looking at a Craftsman 10" table saw with a SOLID cast iron table. This table saw popped up on my saved Craigslist search as being free to the first caller and I was fortunate enough to be the first caller.

After about a 15 minute drive I found myself at the home of an older gentleman (70ish) who had been gifted the saw years ago by a friend but now wanted to downsize to a smaller table. He just wanted his current saw gone to make way for the new one. Said it ran fine and he would help me load it into my truck.

We started to pick this up together and I suddenly realized how heavy it was, fucking heavy. Did I mention that this saw had a SOLID cast iron table? Half way on to the truck the gentleman lost his grip and dropped his side. The saw actually pivoted off the tailgate and threw me to the ground and fortunately I managed to twist out of the way and avoid being crushed by the saw. The saw landed table side flat down. Fortunately the blade was full retracted and it being a old Craftsman product meant the saw was essentially undamaged as far as I can tell.

The stand came off in the crash so it wasn’t too hard to stand the saw up on the short side and leverage it into the truck. Hindsight and all, I should have listen to the voice in my head that said, “stop you’re being a dumbass!” when I first lifted the thing.

Removed the table wings to get it off the truck and main body was still a very heavy lift for me by myself.

So what have I got? It’s a 10" craftsman contractor table saw model 113.298720 with a 1.5HP motor. Probably dates to the early 1980s. Cast iron top but no rip fence or rip fence rails. The guy was using a piece of angle iron and squeeze camps as a fence which he gave to me as well. Nice Milwaukee clamps. Also has a nice Delta miter gauge and a Rigid brand tool stand. Missing the blade tilt wheel and handle. He was using a small pair of vice grips which he included as well. Small amount of surface rust here and there. All and all looks good. Haven’t tried to fire it up yet.

Biggest thing is to see if I can sort out a decent fence set up that will not cost me an arm and a leg. 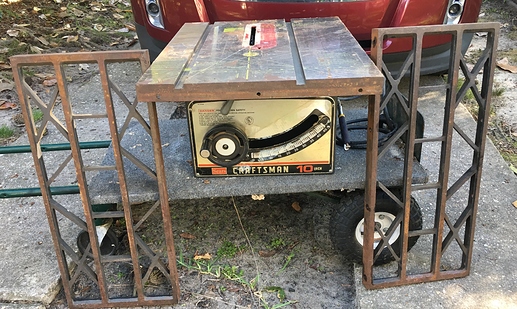 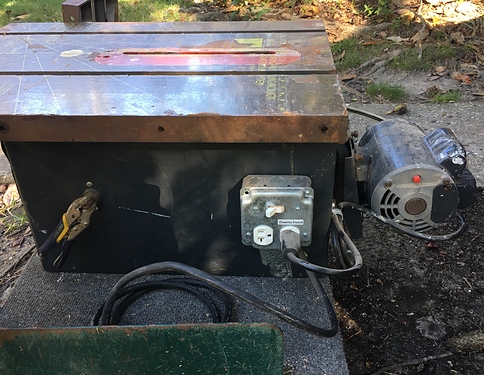 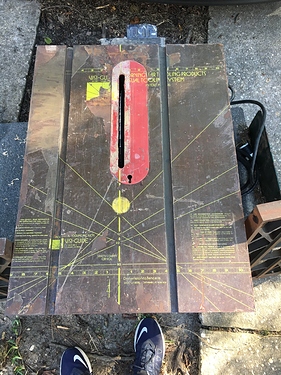 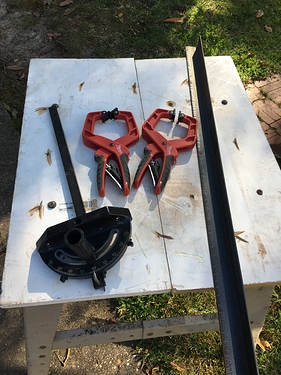 It actually did almost cost you a real arm and leg!

Lol yeah. Just cost me a strained forearm and a tweaked knee.

So finally got a chance to take a good look at the saw this afternoon. Seems that my initial assessment that the table landed full table down first was mistaken. The motor sticks out the back and has 2 capacitors, one of which is on the very end. The housing for that capacitor showed fresh scratches and severe denting. 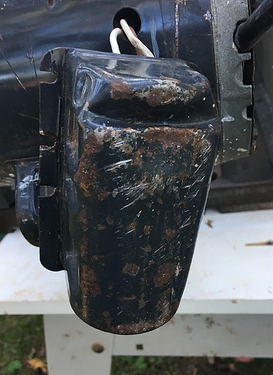 The housing was leaking a very viscous fluid so I opened it up and found that the plastic housing of the capacitor was ruptured. So it appears that the table first landed on end of the motor housing on the capacitor. 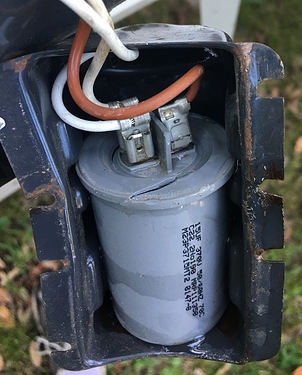 The motor mounting bracket was also a little bent (inside bottom of the bracket) and the bracket positioning assembly showed where the the set screws were dragged along the the guides. 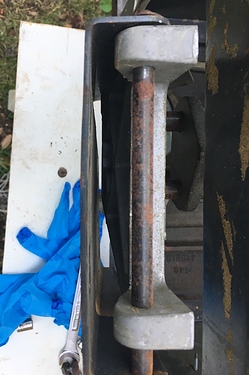 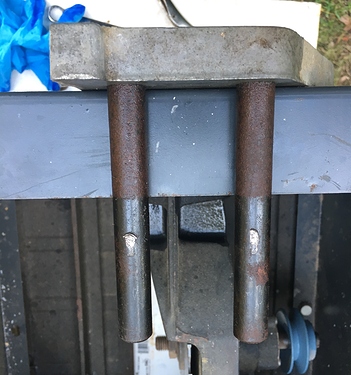 As far as I can tell those things are where most of the collision energy went and the fixes seem to be easy enough. Will definitely will have to do a full realignment on the saw.

This is my first “real” table saw that is capable of very precise cuts if set up properly, so I’ve been reading up a bunch. Since I have a “contractor” style saw, with motor out the back, it seems that I might want to invest in a PALS (Precision Alignment & Locking System) for the rear trunnion to make alignment easier.

First though I need to source a new run capacitor for the motor.

Got a new run capacitor late today from Amazon. I was unable to find a reference to a preferred capacitor for the motor so I just found one with the right specs and what I thought were matching dimensions. 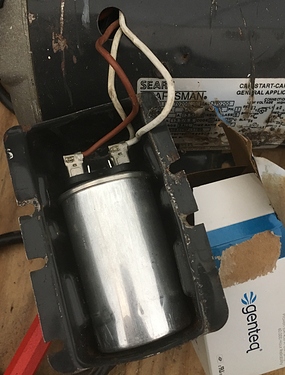 Hooked everything up and the motor ran fine.

Nice CL find! Hope it aligns up fine. That will be a nice saw.