So you maybe be asking, “Ned, I thought you already had in progress two tool restoration projects?”.

Hi, my name is Ned and I have a problem

Really didn’t want a new restoration project and I had already passed on a large floor model old rusty craftsman jointer for $50. Proud of my will power there

But in this case it was a piece of equipment that I really needed. I had access to a friends thickness planer, but over a year ago his garage got flooded with about 3’ of water during a hurricane and the planner got destroyed. So I’ve had a saved craigslist search going for a while to find a thickness planer. Problem has been that even used thickness planers are still relatively expensive.

Finally lucked out and got this Delta model 22-560 12.5" planer for $80, a real steal. The only problem was that it had been in storage for about 10yrs down at one of the local beaches. So lots of salt spray in the air leads to rust central. 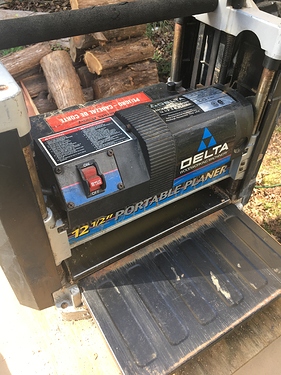 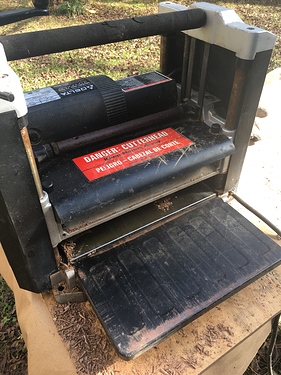 Not really too terrible. Support columns rusted, one side of the cutter head was rusted (side that was rotated up), rusted head lock bar, rusted chain that couples the height screws, lots of rusted screw heads and other misc stuff.

Decided to keep to the restoration relatively simple and just go after the rust. Been doing so much restoration work lately that I’ve got this down. Got it Friday and did the disassembly and started the derusting process on everything. Yesterday, Saturday, I finished the derusting and painted and reblued everything as required. Today I did the reassembly and adjustments as needed. (Yea, no extra parts

) Just sanded and waxed the feed tables for now, may repaint them later. 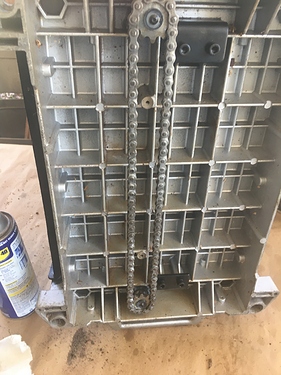 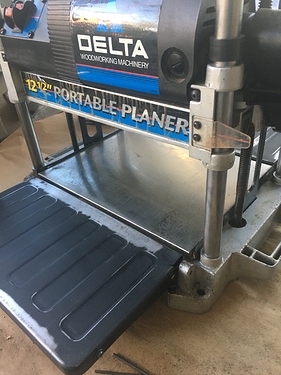 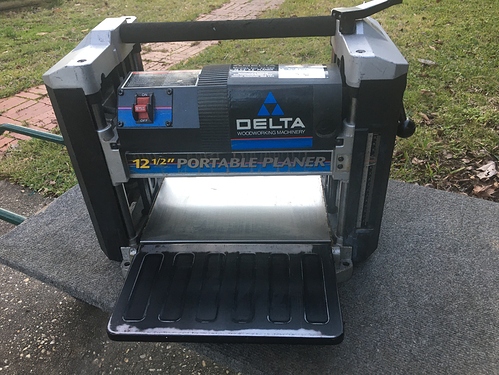 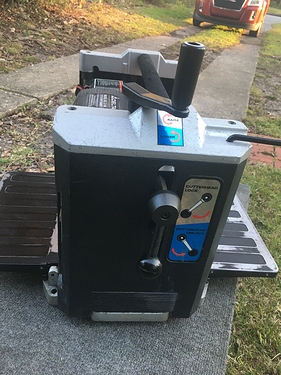 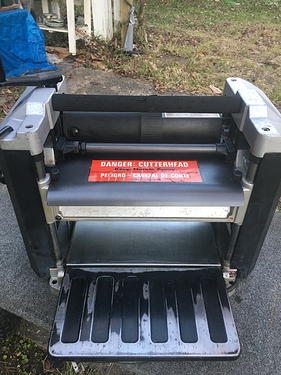 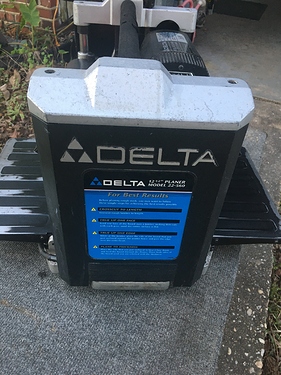 The side of the blades installed were very dull and nicked. Fortunately the blades are double sided and the other sides were unused, so just flipped them around. Came with an extra set of new blades wrapped in painters tape. Unfortunately when I unwrapped them they were toast with rust. 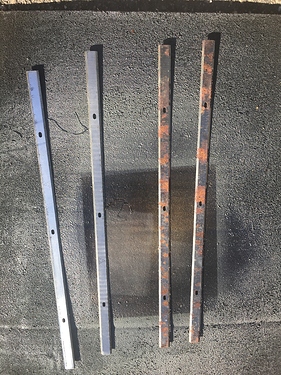 Nice you kept it plane!

Nice find there Ned! I need to keep an eye out for one myself. On a side note I did make out like a bandit when my wife’s mom told me i can have any tools I wanted from the work shed. Came out with a band saw, jointer, miter saw, 2 routers, portable table saw, biscuit joiner, 1/3 sheet sander, router table, and enough sandpaper, bits and fittings to do just about anything

I got a similar delta planer off Craigslist. I had old painted deck boards to restore, and they chewed up HSS blades very quickly.

I found some TCT (Tungston Carbide Tipped) blades and by modifying the tension bars some I was able to make them work nicely. (long, boring) video here:

Nice hack and thanks for sharing @Baxsie .

From this, and other videos on restoring 22-540 planers, it appears that Delta changed a lot of the construction of the planer going from the 22-540 to the 22-560. The cutter head on mine uses pins, two on the mounting face and one on the clamping bar, which match up with holes in the blades. I could possibly drill holes the blades but I don’t have any way to change the gap to accommodate the thicker blades because I can’t grind the clamping bar because of the special way it’s constructed.

You weren’t lying about the price of carbide blades. Went looking for some for my planer out of curiosity and are going for 200-300 dollars