My pinewood derby mod for the unlimited class (it’s WAY over the 5 oz weight limit). Created the bracket using OnShape. The motor is from a broken fan. 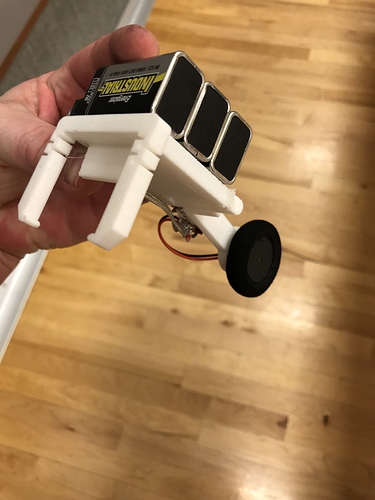 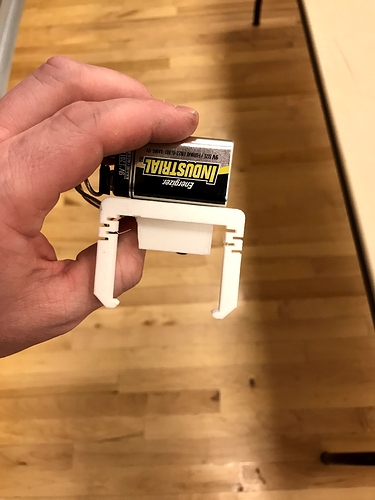 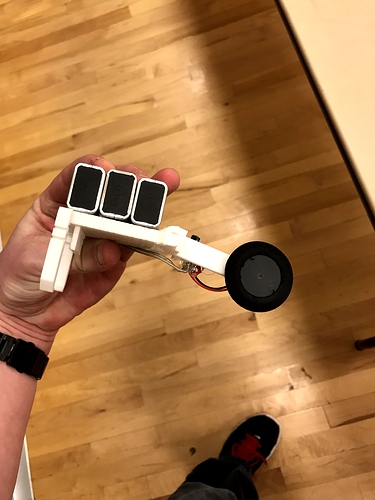 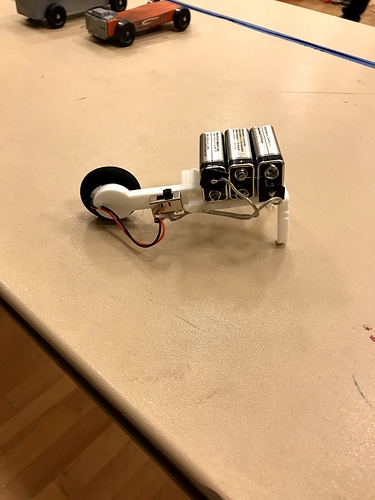 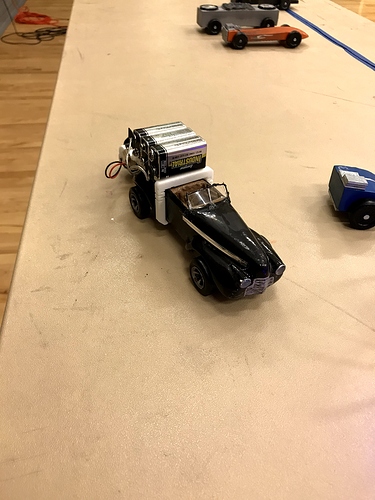 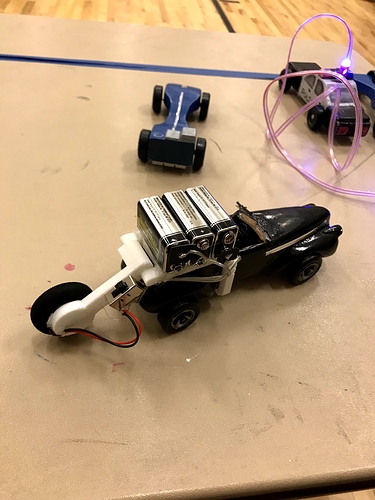 @MidnightVisions For the scouts it is. They do an ‘unlimited’ class for the parents if you want to build one. I thought this would be a fun modification.

@Thomas_Cox that wouldn’t be a difficult change. The little fan motor I used didn’t have very much torque to push the car, so another motor would be suggested. I’d also recommend using a fan instead of a wheel. More consistent power.

@Daniel_Jackman If parents are involved, I can see the Discovery channel making another show out of it. Pinewood Racing Unlimited! If the Bearing sea doesn’t have enough infighting from the fishing and prospecting crowd, now you have parents doing the “one upmanship” in racing teams. Ha ha,

@MidnightVisions They’d probably end up with a lot of cars powered by bottle rockets or CO2 cartridges. If I do another one, I’m going to try for a ducted can setup.

I have heard of ducted fans but never ducted cans.