My latest. My two Reliabuild3D printers worked together on this one.

My latest. My two Reliabuild3D printers worked together on this one. Both of them printed roughly 72 hours. A beautiful Imperial Star Destroyer was the result. The detail looks fantastic and the parts fit together almost perfectly. 20” long from bow to stern. 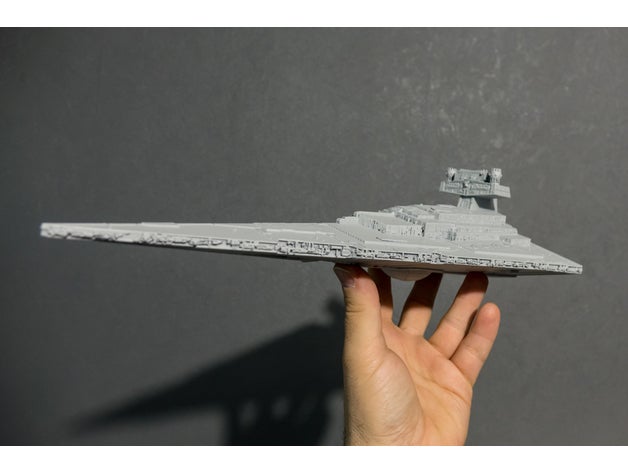 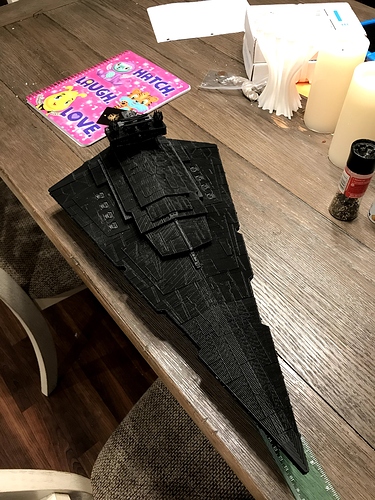 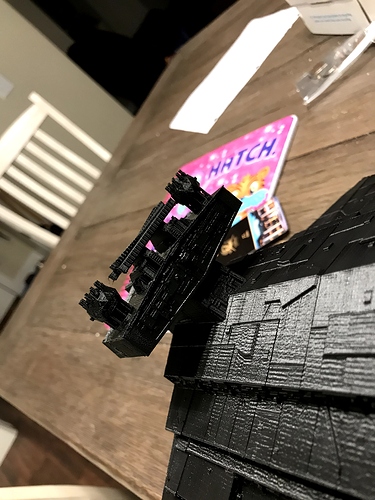 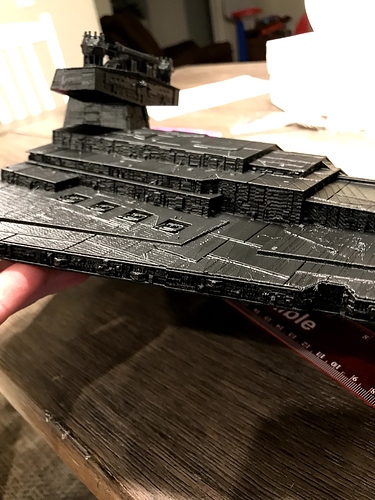 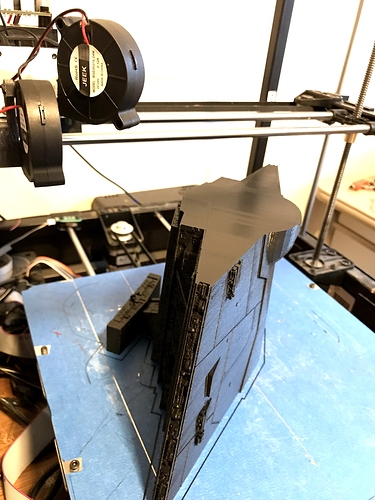 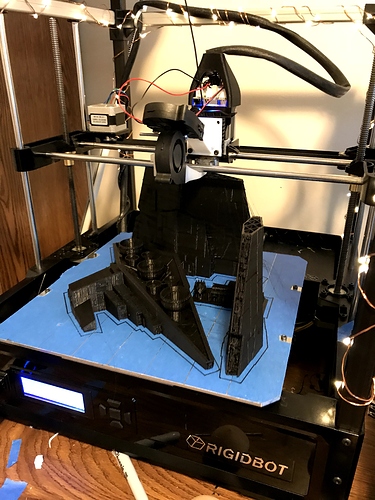 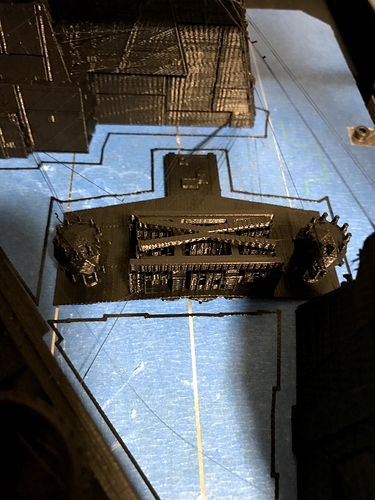 Awesome.
Out of curiosity, what layer height did you use for that print duration?

@Christopher_Gaul the whole thing was printed at .1mm layer height with a .4mm nozzle.

Not complaining, but it looks elongated for some reason?

@MidnightVisions only because you’re bigger than it is. You’re used to seeing it as it’s shown on screen, with a camera perspective of a 2m person looking at this gigantic object.

@Christopher_Gaul I used to have several star destroyer models and they were not elongated like this?

@MidnightVisions It’s just the perspective from the camera. The book behind it is not even close to square meaning the ship will appear elongated as the rear section will not appear as wide as it really is. The planks in the table also give a hint of the degree of angle to the perspective. If you overlay the width of the back across the planks in the area of the front it is almost twice as wide.