My first fast insights from Kamikaze 2.0.8: 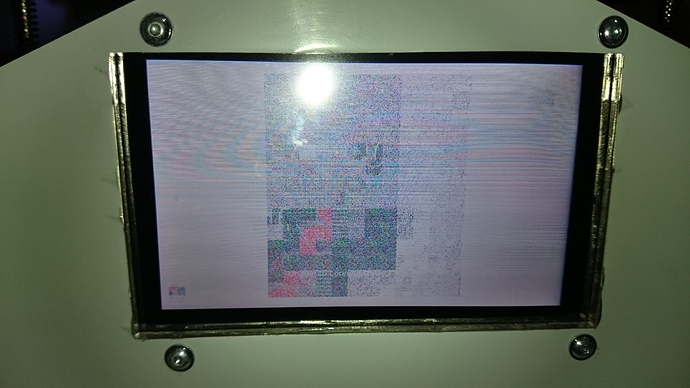 I’m going to guess that some configuration parameters that you were using changed… Normally your changes go in local.cfg and you always use the printer.cfg that comes with the redeem version you’re running. If you have redeem 1.2.8 (default on kamikaze 2.0.8) running with a config file for an older version of redeem, that would be your problem - redeem just crashes.

local.cfg values always override any other values… But usually a number of defaults are set in printer.cfg for redeem.

Again: There was an unhandled error while talking to the printer. Due to that OctoPrint disconnected. Error: Failed to autodetect serial port, please set it manually.

How to restore connection?

The error is probably due to redeem crashing. Could you check the log to see if there is maybe a spelling error in the config file or something?

You’re right. Reversing of the X axis in Octoprint did not work so I tried to change settings and changed probably microsteping to inadequate. I just need information how to reverse the direction of the X axis for h-bot in the configuration files?

Assuming your x-axis is the boom in the center, you need to change the direction of stepper x and y.
[Steppers]
direction_x = -1
direction_y = -1

Also, if you update Kamikaze through the OctoPrint web interface, the u-boot should now disable the steppers early on.

Configurations 1 and 2 are good and I need only to change direction of one of the axis in this two configurations. Invert control in Octoprint does not work. Have I missed something?

@Elias_Bakken Regarding the Kamikaze update every time you start Octoprint he asks about update again. When turning on the printer still hear noise of the engine probably Z (not so loud). Probably because of the loss of an update.

Hmmm very strange. I tried again to reverse the X-axis and now works

First calibration cube and printing speeds are much too high than normal and printer prints in lower left corner instead of center. Tomorrow I will do more tests.

I’m sure that’s fine, but normally the speed is kept positive and the travel_* is changed.

For home_speed_x = -0.1 and home_x = -0.01homing work properly (0 point i there where i want) but printing is not i center of bed but in lower left corner. I think that this is due to the reversal of the x-axis. And printing speed is 50% faster than from slicer I think (desktop cura) = low quality prints.

Is it so that Redeem in Kamikaze 2.0 otherwise interpret some of the settings from old Kamikaze (at least for me)? I understand that due to the recent changes and not result of errors?

I see lot of improvements in new Kamikaze but it would be great to solve the problem of axles for HBOT. I dont want install old Kamikaze