Does anyone have any experience with these? They are Lightburn compatible and are on sale for 49.95. I haven’t been able to find any reviews. My k40 arrived today with a broken tube so at least I can determine which upgrades apply while I wait for a tube.

These are gcode boards, I understand; fine for cutting, but driving the m2nano from #k40:meerk40t and having Lightburn talk to Meerk40t might be better for engraving. Do you want primarily to cut or to engrave?

Monport’s controller is very inexpensive and LightBurn-compatible (g-code license). However, it doesn’t have a connector for the 12-pin flexible flat cable which some machines use and it’s 8-bit/Arduino-based, which means raster performance will be pretty bad.

Awesome Tech’s Mini Gerbil and Cohesion3D’s LaserBoard also use 32-bit processors and they do have that FFC connector for maximum compatibility.

I intend to cut mainly now, but I know better. I believe in one and done upgrades. I was hoping that I could upgrade the board with monport and get lightburm for the same price as DSP lightburn.

Thankfully I do not have the flat cable- a bane to electronics since the 70s. I did not realize monport was 8 bit.I was eyeing the Gerbil which is up to $115 now add shipping. I have 2 SKR v1.3, and a 1.4 Turbo, one or all are supposedly smoothie compatible.I think I will investigate that route, I did see some questions on Lightburn forms about it.

Another option would be Bart Dring’s FluidNC laser controller. It looks like it’s out of stock on his webstore right now, but you could ask whether that’s short term.

I was looking at that, but nothing looked recent on the controller site. I know 32 bit processors are typically faster, can deal with micro-stepping better, but as I understand it , the downfall of most GRBL boards is 8 vs 32 bit resulting in fewer levels modulating the laser with Lightburn.

It looks like Don has most of the info on using the SKR 1.4 Turbo on his blog so I will be trying that. I have a LCD to go with it if needed and the dead printer will never know it lost it’s SKR 1.4 upgrade. 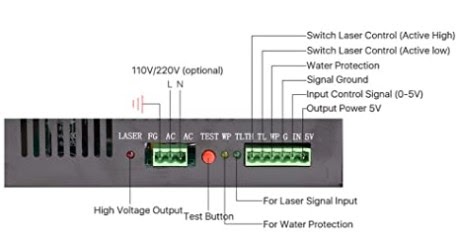 I recently worked with a K40 builder that needed to integrate the following: SKR 1.4 Turbo 60W tube  HY-T60 LPS This post shares the integra...

For nearly the same price you can get a dlc board…

I found one on ebay for $15, but it failed to arrive… finally purchased one from Amazon for just under $60 US. 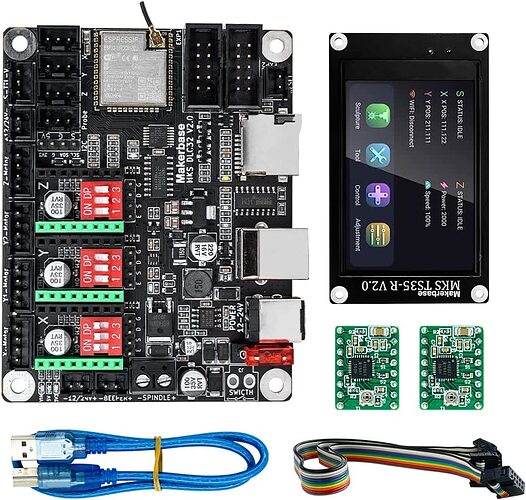 Hi all, I’m looking for some assistance as I have just bought a MKS dlc32 2,1 board for my K40 as it would be nice to wifi and to be able to use lightburn directly instead of going via meek40t, now looking at some forums and you videos I have managed to work out where some of the wires go, see attached picture [K40 and MKS DLC32 v2.1] and that I will need to order 2 x 3 pin pcb connectors for the limit switches and a dc connector for the 24v power required I want to check the following befo…