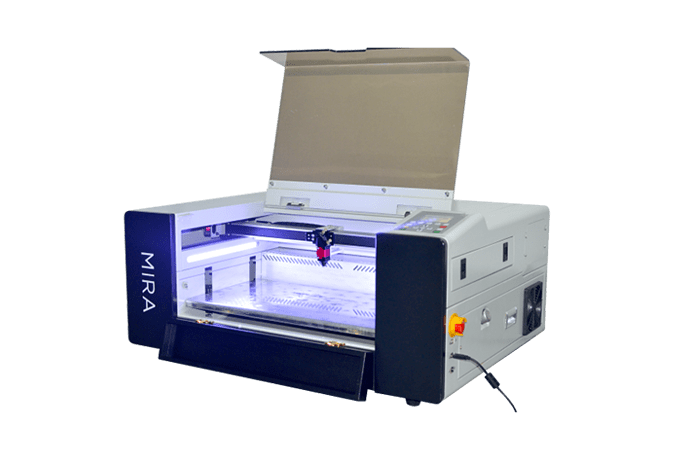 Not sure if they make them though?

Aeon is made in China. They are a so-so level of quality. In the U.S. the distributor brings them in from China, then guts the wiring and rewires them up to North American standards. The rest of the world receives the crappy quality wiring. But even with the electrical up grade it is still just average quality. Those looking for a high quality import should take a look at Thunder Laser. Everything about them is high quality, and wired correctly right from the factory. They ship with everything needed to set them up, chiller, air pump etc. And a Thunder comes in at a little less $$ than a comparable Aeon. You can check them out at Thunderlaserusa.com. Pricing includes shipping to your door and is available on the web site. Customer service is top notch, is U.S. based if purchased in the U.S.A.

@funinthefalls Thanks for the info!

Looks like a fun item. I do question the speeds.

IMHO having a machine that will do over 1500mm/s, is pretty useless from a speed standpoint. Except to play with. The over scan is so large it usually takes more time to slow down change direction and speed back up than actually engraving. It also takes workspace area for the operation meaning smaller work pieces.

100mm of z isn’t much, my rotary would not fit in there. It has opened up a new area for my engraving, cups to acrylic tubes.

I didn’t see one place they told me what the output power is, guess I’m blind

On the plus side, the head would have to have less mass to let it operate that quick. Quicker acceleration values quicker job. It appears to have a Ruida controller…

You can get a pretty big Chinese type for that kind of money. Even though it sounds like they are Chinese also.