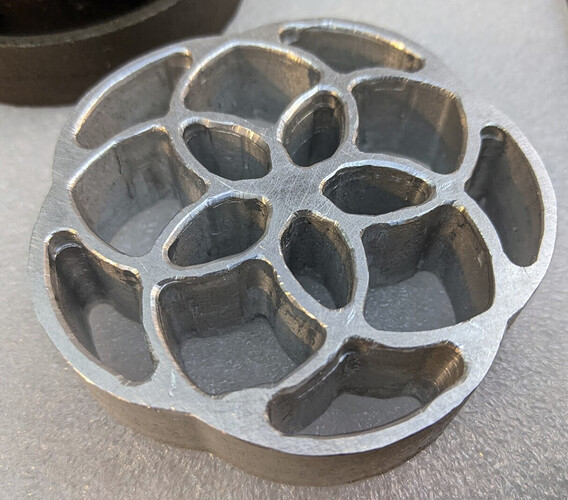 Two months of intermittent effort, and I finally succeeded!

My wife is a mathematician. She also has some Scandinavian heritage, and she has a family heirloom that typically gets used around Christmas: Cast-iron rosette irons in two classic shapes: 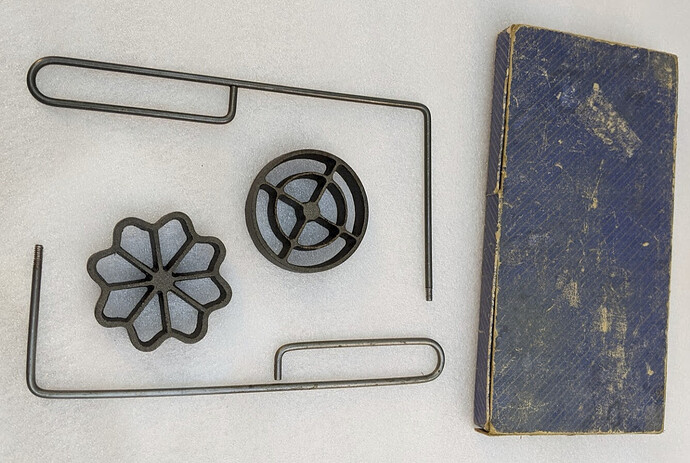 However, the threads on one of the handles were a bit damaged, and when I cleaned them up, I got the bright idea that there are a lot of beautiful mathematical shapes. Maybe I could make something that honors both my wife’s Scandinavian heritage and her calling as a mathematician. Both of us enjoyed spirograph as kids, and the idea of using the simplest of those shapes, the rose or rhodonea curve, as the basis of a rosette iron got hold of me and I couldn’t seem to let go of it. Especially when I learned that new rosette “irons” today are made of aluminum, and I remembered that I had some ¾" cast aluminum plate that I picked up from the scrap yard a couple years ago.

I Updated a fun math shape generator that used OpenSCAD to model these shapes, but sadly OpenSCAD mostly produced non-manifold objects, even when I essentially re-wrote it to work completely differently. My attempt to use FreeCAD to toolpath it wasn’t a great success. I asked for help on Twitter, and Arjan van de Ven pointed me to a gcode generator he wrote. It didn’t complain that my shape wasn’t manifold, but it had a few bugs that affected my model; it really wasn’t meant for this kind of model anyway.

Meanwhile, through LWN I had learned that Kiri:Moto exists. However, it couldn’t handle the non-manifold objects, so I had to heal them in meshlab to toolpath them. Separately, last summer I played with CascadeStudio right after it was released, and liked it. So I started over and modeled it completely differently in CascadeStudio. The resulting object was a valid manifold! It was also much simpler, so it was much faster to process.

I remodeled my curve generator in CascadeStudio. I simplified this version (for now, anyway) to generate only rhodonea curves. It is far faster than the OpenSCAD model, and is smoother without having to generate a lot of segments, because it generates a set of Pipes along BSplines instead of generating thousands of polyhedra. Along the way, I had fun talking to the author of CascadeStudio about this little project. [image] Or with different parameters: [image]

Modeling it was only the first challenge. Breaking bits trying to cut ¾" mystery metal aluminum plate in my OX meant for wood was the next.

Here’s the whole family together now 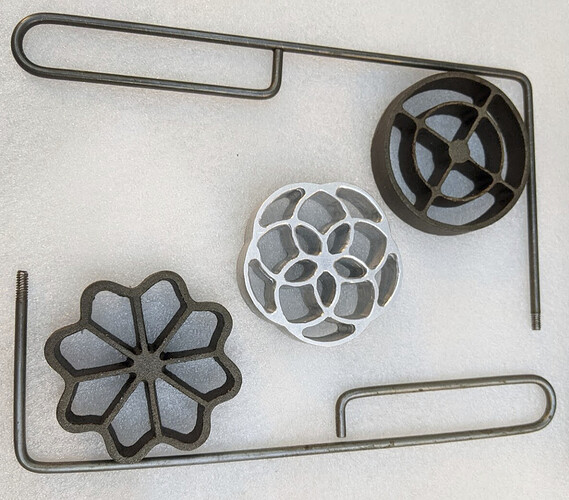 The bright one in the middle is my new aluminum rosette iron. It’s a 5/7 rhodonea (rose) curve. The surface is rougher than I intended due to technical difficulties that prevented a finish pass, but this actually might be a feature that makes it work better; a smoother finish might not hold the batter as well.

My 10-24 tap is a piece of junk, which made tapping no fun, but I got it done. Here’s the back side of each iron. Note that the back is thicker than the front; this is the draft angle of the mold and is meant to help make it possible to remove the rosette cookie from the iron after it is cooked. 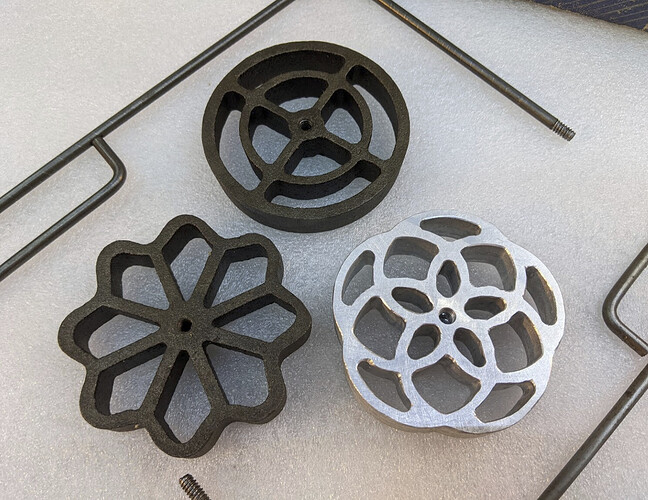 Breaking all those edges took a while even with a deburring knife, and I had to find several different files to touch up a few places. No one would mistake this for professional work, but I’m very happy that I found a way to make this work, and I’m looking forward to trying it out.

If the smallest holes in this pattern end up too small, the 3/5 and 3/7 curves might be simpler and work better. If I end up deciding to make another one, hopefully I’ll have the flaky router problem that resulted in not being able to do a finish pass diagnosed and fixed.

The first attempt stuck terribly to the iron and I was afraid that the surface finish was too rough. The second attempt wasn’t much better. But then the surface seasoned, my technique improved, or… some of each! 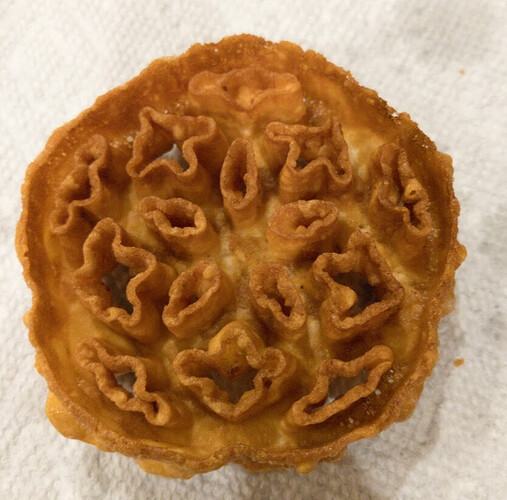 These exist in many cultures around the world by a variety of names. We tried Mexican Buñuelos de Viento, so they were dusted with cinnamon sugar rather than confectioners’ sugar: 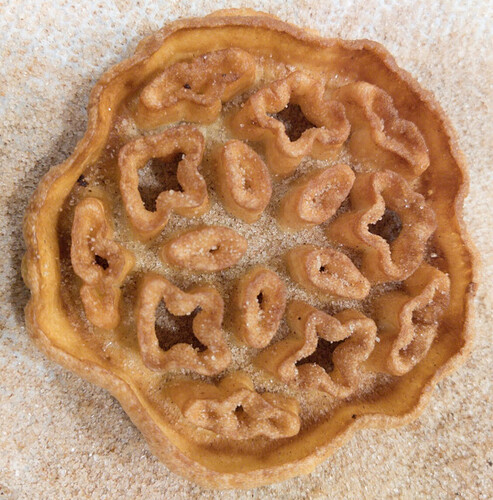 Fabulous. I’ve enjoyed following your journey here and on Twitter as you figured this all out. Thanks for sharing.

15 posts were merged into an existing topic: Updated a fun math shape generator