@Mark_Estes @Jason_Coon @Mark_Kriegsman and other demo creators/gatherers I have pillaged from :), I’m now sitting in a club with my neopixel shirt which only has enough demo content to last a mere 30mn before it loops.
I live in agony that someone else could one day step in with another shirt to rival me, and it would be terrible, so I must stay ahead

I have plans for a new shirt that uses 96x64 pixels instead of 32x24, and will add more demos if I can get my hands on some.
Do you have other nice demo code you’re able to share?

For those who don’t have it, my mashup demo is here 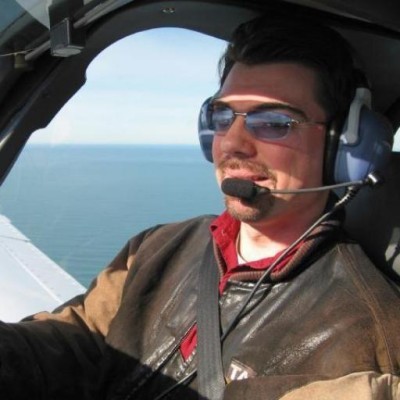 Contribute to marcmerlin/NeoMatrix-FastLED-IR development by creating an account on GitHub.

I love that “I live in agony that someone else could one day step in with another shirt to rival me,” I would be interested in finding also 2020 leds to create such shirt.

@Yves_BAZIN I was of course joking, although anyone can recreate my shirt, I do live in silicon valley afterall, and I’ve published both the build info and the source code. Given that someone could probably make their own in a few weeks instead of “in a few months” like me.
Actually I once went to an EDM show, and a girl had a transparent backpack with a 16x16 neopixel matrix scrolling around a heart. I immediately recognized the heart gif I converted to RGB565 and my scrolling/panning code I checked in as an example in the Adafruit::NeoMatrix github tree. I was actually quite happy that someone was able to use my code to make something cool

@Marc_MERLIN I would love to make one of those led shirts.

@Yves_BAZIN well you already have the design and the code online, and your TV has limited programming to distract you, so no excuses

By the way, this one has 768 pixels on each side. I’m working on a new version that should have 6144 pixels per side. There are some new challenges though since I’ll be forced to use an RGBpanel instead of a neomatrix. Totally different driver and constraints, we’ll see…

@Marc_MERLIN I would be interested in knowing how you deal with RGB panel. I had written a small driver for rgb 8x8 matrix an Arduino I had to switch to assembler to get max speed. but I guess now with the new boards you will find a lot of help but maybe more suitable for a teensy than an esp32

@Yves_BAZIN of course, I’m too lazy to write a driver when @Louis_Beaudoin already did a fine job of it (I did write a driver for 8x8 and it did take me a long time, even if I was able to make it work in C++ http://marc.merlins.org/perso/arduino/post_2015-01-06_Driver-for-direct-driving-single-to-3-color-LED-Matrices-with-software-PWM.html ).

@Louis_Beaudoin wrote a great driver for those panels. https://github.com/pixelmatix/SmartMatrix . He even has a branch with basic support for ESP32 which should work better as even teensy 3.6 hits limits when you try 128x128 or want to do other things like interrupts while it’s updating the panels
http://docs.pixelmatix.com/SmartMatrix/
See ESP32: https://github.com/pixelmatix/SmartMatrix/tree/teensylc https://community.pixelmatix.com/t/smartmatrix-library-esp32-port/272
The good news is that there is a clock line on those panels, so you’re not totally hosed by interrupts. The bad news is that they need very fast refresh rates to look ok (no flicker) and if your code takes too long to compute a frame, it can start slowing down the frame refresh from what I’ve seen, causing visible flickering.
With ESP32 and dual core, hopefully it is better than with single core teensy.

Over Xmas I’ll see how I can port NeoMatrix to SmartMatrix so that my code can hopefully work with SmartMatrix without having to use the different API.
That said, when I ported Aurora from @Jason_Coon to Neomatrix, I did have to go in every demo and downport it to Adafruit::GFX API before I got them to work: https://github.com/marcmerlin/FastLED_NeoMatrix/tree/master/examples/Aurora

Thankfully none of those demos actually use the multi layer API in SmartMatrix, so it was easy to down port them to NeoMatrix.

@Yves_BAZIN I did find http://www.ledlightinghut.com/28x28-apa102-flexible-led-matrix.html for you but sadly it’s only a 10mm pitch, so it’s no more dense than the 16x16 (or in my case 8x32 x3) neomatrix panels I’ve been using, while being an odd size (28) and costing more due to the clock line.
At least it’s flexible, but until I find a neopixel matrix that has a pitch of 5mm and ideally comes in size that is a power of 2 (32x32 would be ideal), I’m not really that interested anymore as it wouldn’t be sufficiently better than the one I have for me to switch.

Not that I am aware of yet