Making progress on new Cayenn based laser driver for ChiliPeppr.

Making progress on new Cayenn based laser driver for ChiliPeppr. Cayenn gives ChiliPeppr a way of syncing unlimited add-on devices. ChiliPeppr parses Gcode files with Cayenn commands in it, creates an ID for each command, uploads those to the 4MB flash on any number of ESP8266’s, then uses the coolant pin to send a real-time hardware sync signal at the start of the Gcode run. 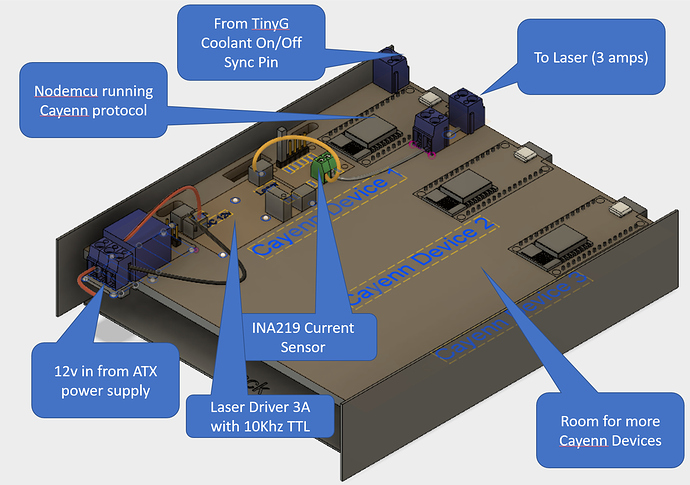 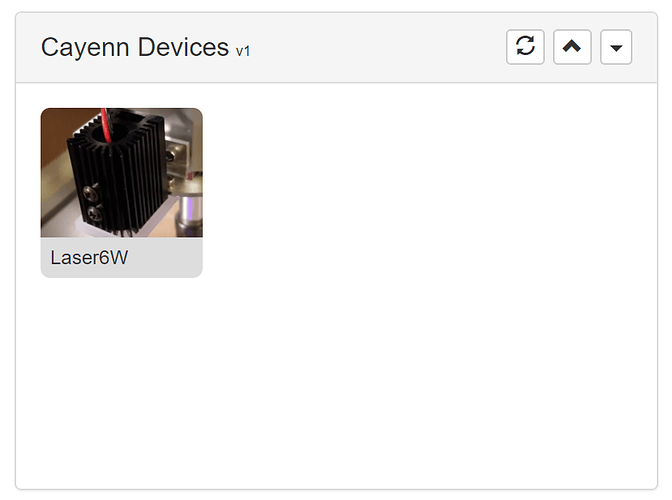 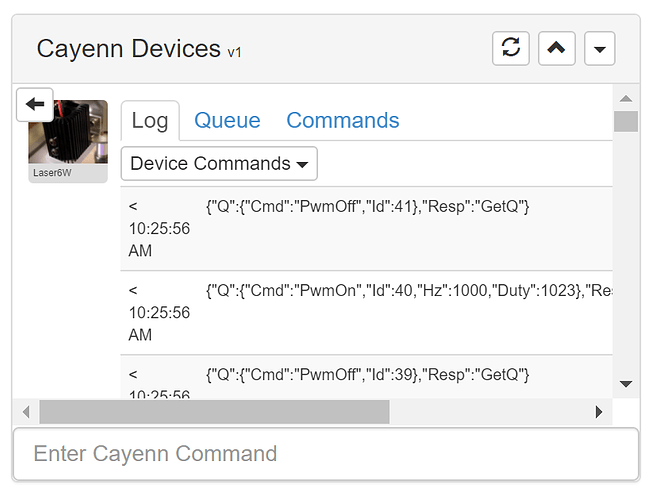 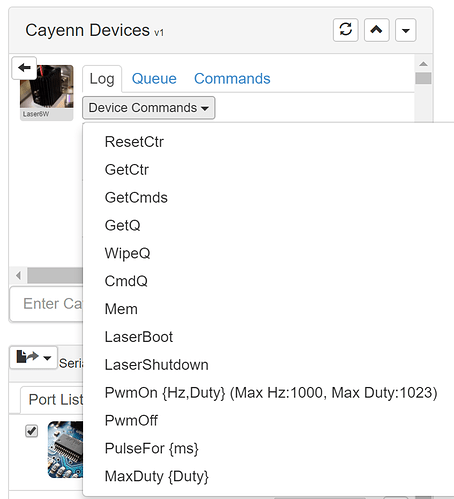 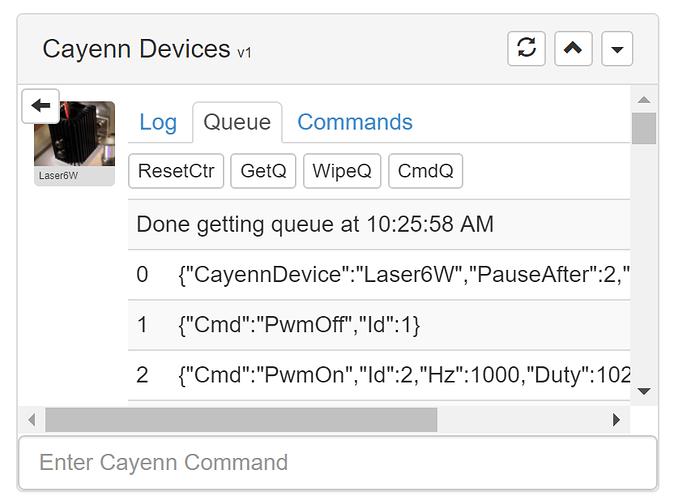 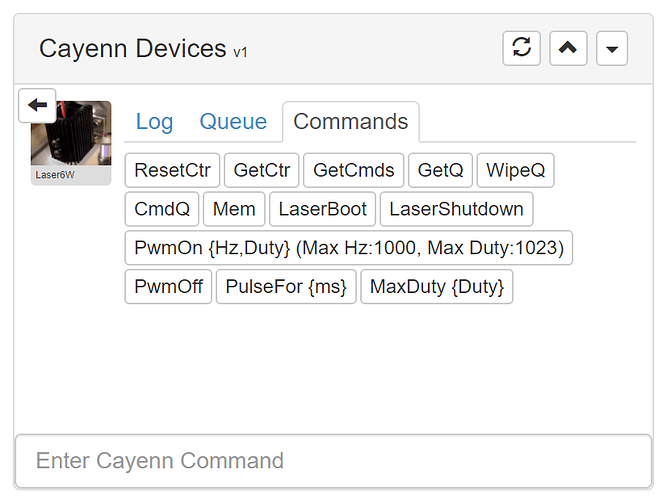 How are you programming the ESP8266? I have not looked at these guys yet but they sure look interesting. I saw your post on spindle speed and have a hall sensor and magnet from a little flow meter I took apart. I put the impeller on the bits to blow the material like I saw in another video. After seeing your video want to use the sensor to get do the spindle speed display in Chilipeppr. I have not set up the PWM for my spindle yet.

http://chilipeppr.com/nodemcu is the workspace I use to program all my ESP8266’s using Lua code. Lua is a dream to work with vs. C or C++. The Lua interpreter for ESP8266 is beautifully refined with access to all of the power of that device. I’m blown away by its capabilities for a $1.50 device ($3 as Nodemcu). Makes Arduino not even come close now.

Looks like a winner to me.I’ll have to try it.

Just clarify for me John esp8266 is just wifi to serial? To get io and somewhere to put code you need node mcu?

ESP8266 is a full microprocessor that is like Arduino, but more powerful. It has 40KB of RAM, 4MB of Flash and runs at 160Mhz. Arduino has 2K RAM, no flash, and runs at 16Mhz. So, ESP8266 is amazing and its price is $1.50 while Arduino is $20. The amazing part is that ESP8266 has Wifi, so you can finally free your microcontroller from needing a serial port to communicate. What ChiliPeppr does is upload a list of commands to each ESP8266, and then the ESP listens to the coolant pin and each time it sees a HIGH value it increments a counter. If the ESP has a command for that counter, it triggers it, like turning on a laser, relay, etc. The reason I use Nodemcu is that it makes it easier to program the ESP8266, has a 5v to 3.3v regulator, and has all the pins broken out nicely and is only $3.

I got the Adafruit one from the local Microcenter today for $9, soldered on the headers but it looks like I need a serial to USB cable to talk to it.

If it was the Adafruit Huzzah then that has a USB to serial converter on it. Just plug it into USB and it shows up as a serial port. Then you can use the NodeMCU workspace at ChiliPeppr to program it with Lua code. You will likely have to stick the firmware on it that the workspace suggests.

Does it really use 750ma? I guess it doesn’t matter for this running off an axt inside a computer. Can you adjust the power level of the radio to save some?

The 1W UV laser uses 600ma. The 6W blue laser uses 4.5 amps. Everything else is minuscule. I think a NodeMCU uses like 150ma max when transmitting. So this should be pretty easy draw on the ATX power supply.

Ah ok, I read somewhere that node uses 750ma which seems a lot but it is a faster processor and with the radio as well

I currently run my fish tank with an arduino I was looking to add blue tooth soon but wifi would be great. I’ll do some more reading about them.