Making a KISS flashing sign. How do I make the lights chase?

Any KISS fans out there?
I want to make the flashing KISS logo like they have on stage (only much smaller) and I need an easy way to make the LED lights chase from the K to the I to the S to the last S, then turn on all 4 letters at the same time for 5 seconds, then repeat the sequence.

What would be the easiest most reliable way to accomplish this?

I would look at making a matrix out of WS2812B LEDs and drive it with arduino.
Here is just one example:

You can program using libraries like FASTLED available for the ardunio.

You could use p10 panels. 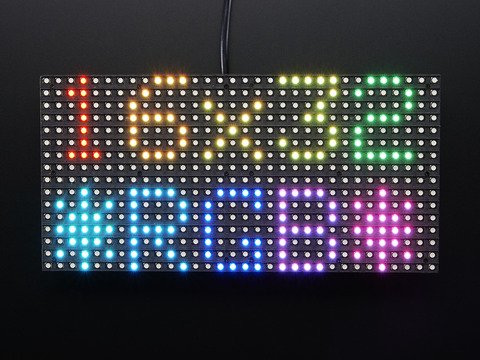 Bring a little bit of Times Square into your home with this 16 x 32 RGB LED matrix panel. These panels are normally used to make video walls, here in New York we see them on the sides of ...

Loving the retro 70’s culture art idea. Are you talking about their original stage sign like this?

While a simple logic circuit could be built to make a chase sequence, you want to alternate between a chase sequence and an all-on sequence, which would best be handled by a microcontroller. There are many modules and chips to choose from, all under $10, programmed via your PC/Laptop with easy program languages.

The issue is going to be how to interface to your LED’s. You will still need to do some circuit board/circuit design work to get it done. It’s almost always needed. That’s why I often use the PICAXE chip. Since I’m having to build interface circuits anyway, I just go ahead and drop a PICAXE microcontroller chip onto my interface board. They are really cheap and are programmed with BASIC and a USB-to-serial-port cable.

Looking at your project for instance… If you intend to use discrete individual LEDs for your sign, based on the picture above you will need 262 LEDs. How you wire them together will ultimately depend on your power source. For instance, you can tie about ten LEDs together in a single serial circuit that could be run on a 9-volt power source. Looking at the number of lights (LEDs) each letter has in the picture above (K=96, I=46, S=60x2), that would be 10 LED circuits for the K , 5 LED circuits for the I, and 6 LED circuits for each of the S’s. The circuits would have to be driven by a number of switching transistors that would ultimately be tied back to one each of four microcontroller output pins from the chip or module of your choice.

You could also reduce the number of actual light sources and simulate lights around the border with fiber optics. While this reduces you LED count and design cost, it increases your mechanical build costs (trying to figure out how to attach the fiber optics to your sign and light sources).

I would certainly like to hear your ideas and plans on this.