… which should I buy?

From all of the reviews on YT, I expected the anycubic printer to win! Looks like I was wrong… thank for all the votes and help!

As a first printer, deltas are a bit more to learn and level.

Do NOT get a Delta as your first printer, ESPECIALLY if it’s a kit.

I agree with above.
The Anycubic components are good, but the setup instructions are absolutely hopeless, and there’s way more fiddling than with a cartesian rig.

If you do get an Anycubic, I recommend using silicone tape or a bit of hitemp silicone adhesive to hold the thermister in place, or you may start to get “thermal runaway” errors.

No problem. Im new to 3d printing so everything is helpful! ;D
BTW thank you, Stephen L, But looks like Im not gonna buy the anycubic after all.

I got myself a Geeetech pro C and I’m quite happy with it. You’ll have to be a bit careful with the acrylic frame however, because some people manage to break theirs by tightening the screws too much.
The Tevo tarantula also gets good reviews, but I don’t have any experience with it.
From what I heard deltas aren’t good as first printers indeed, but I’d love to build one one day.

I’d say go for a direct drive extruder for your first printer. Less issues with retraction and you can print flexible filament, which is hard or impossible with most Bowden extruders.

The Prusa i3 and its clones are the models all printers are compared to. The i3 is well documented, and a bullet proof design. I have one, and it does everything I need. For a first printer I would recommend this simply because its the most popular model should you run into any problems. Its also much easier to get already printed and manufactured parts for the i3 from multiple sources.

edit: The Geetech i3 printer has a buy option for automatic bed levelling.

I’ll just throw my two cents into the discussion:

And, I’m sorry if I’m getting a bit too lengthy here, but I’m a firm believer in informed decisions

It has a relatively small print size (120mm x 3), and doesn’t have automatic bed leveling; but has a heated bed it’s really easy to use right out of the box. I still do most of my stuff on it. 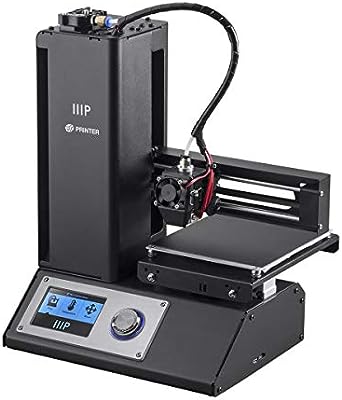 @Ingo_Ulrich Well, GeeeTech posted some videos online, which clearly demonstrate how to assemble the printer. That’s a necessity, because their manual just doesn’t cut it

This was my first and so far only 3D printer. Assembly took me about 8 hours, while watching the videos for each step. The first prints were OK-ish, but I had to tune it a bit and print a few pieces to improve the print quality.
Basically, I just had to increase the stepper motor current (thanks, YouTube) and print 2 small parts to mitigate the Z wobble. After a few days I got the printer working quite nicely.

Of course, with a 3D printer, you keep finding things to tinker with, so I upgraded it with a 3DTouch bed leveling sensor (really nice, once you have a few weeks of experience with 3D printers, so you understand what the settings in the firmware source code mean), flashed it with the latest Marlin, printed some other upgrades and I’m now building an enclosure.

From what I read about the Anet A8, the GeeeTech is improved on quite a few points. These come to mind:

My point is, if you’re a little bit handy, there’s not much to be afraid of with a kit like this.

A8 all the way, Anet, best price, easy to work on, lots of support out there

Cr10 has been getting good reviews.
Personally, I prefer a scratch built I3 with 3d printed parts 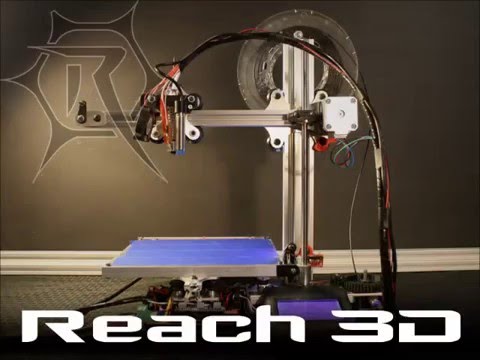 3D Printing within your Reach

@Reach_3D_Printers_Na “What makes our printer unique, is the Cantilever design and Delrin V wheel system.” - There is nothing unique about that design.

@Testof_Newtablet
It was unique in 2014 when I designed it. Only the bukito bot was similar, but they used higher end control boards, and charge over $700 for their printer.

I got a kossel recently. First printer. No problems. Great results.

@Testof_Newtablet Well, looks like Tronxy is about $150 on average, sometimes less on sale, and really a pretty good buy, but looking at the details, there are definitely issues with Tronxy.
The plates are acrylic or thin sheet metal and can flex, the SD card is only accessible underneath, the LCD interface is a grueling push button design, the power-lcd enclosure requires more desktop space, build size is 150^3, vs Reach is 200^3, no heated bed upgrade on Tronxy, the extruder is weak, and maxes at 60mm/s, my geared extruder will run over 200mm/s.
Bottom line, your right, the Tronxy is cheaper in price and design. Each printer has their strengths and weaknesses. I don’t know how well they support their customers, but I can say I spend the time to help anyone who buys my printer, which is of considerable value when learning 3d printing.
If the poll was limited to the 3 original options, I would vote the i3. If I were choosing between the i3 and the Reach, well Im a little bias

Also…
The modifications of the Reach are extensive. I demo how to run a laser cutter and light cnc mill with my printer… because why not?