I am moderately new to laser engravers, and I want to get one not only to tinker around with fun little projects, but to also to make some money online/locally. I have been watching youtube videos, and been around google, and have been trying to locate a decent laser engraver that doesn’t total over $1’700 (including tax, 8.4% for my area. Washington State’s taxes are address based pretty much…).

I won’t be able to purchase a laser engraver for 2-4 weeks, and based on what I have learned, this seams to be along the lines of what people suggest. It has water line and air assist(?), and the controller looks similar to the one’s everyone keeps saying to get. The only thing I don’t like about this one though, is that it doesn’t have a base/wheels.

Thank you for any help.

[Edit]
I also found this one that is a wii bit cheaper, but has different colors and actually has a base with wheels. I have no idea if it is better or worse.

What are some of the things you are considering in creating and selling?
Just so I can get an idea of what would work for you.

If you haven’t already read them, do read New to K40: Start Here and the posts in the K40: Getting Started category that it links to. It goes beyond K40. Since you’re looking a few weeks out, you’ll have time to read in detail first!

Yes, it looks like they both have the Ruida controller.

Neither includes the water cooler. The higher the power, the more heat you need to be able to dissipate from the tube. Consider adding a CW-5200 to your up-front cost expectations (about $500).

I read through the K40 stuff, and get the basics, but they do not offer the size. I am looking to get hopefully something that can hold up to or a bit more than a desktop case (18"x18" about), but can go fine without that if it just barely doesn’t fit

Its a large mix of stuff that will be made, with 16X16" min (new stuff came up since original post)

There are a tons of options. You can buy a nice machine and tinker with upgrades.

Here is an example of one 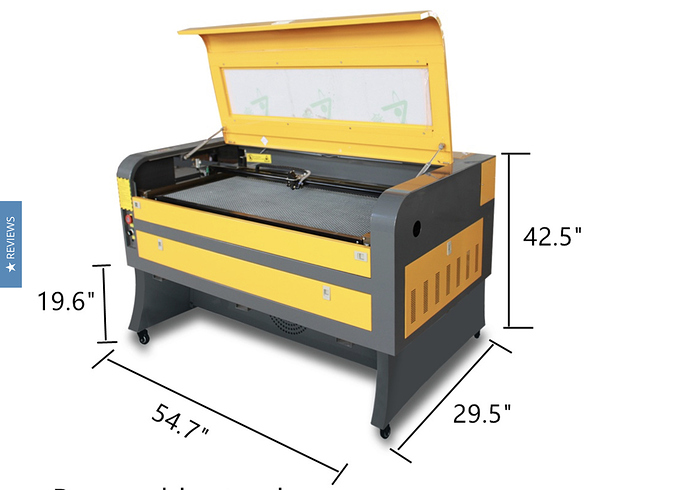 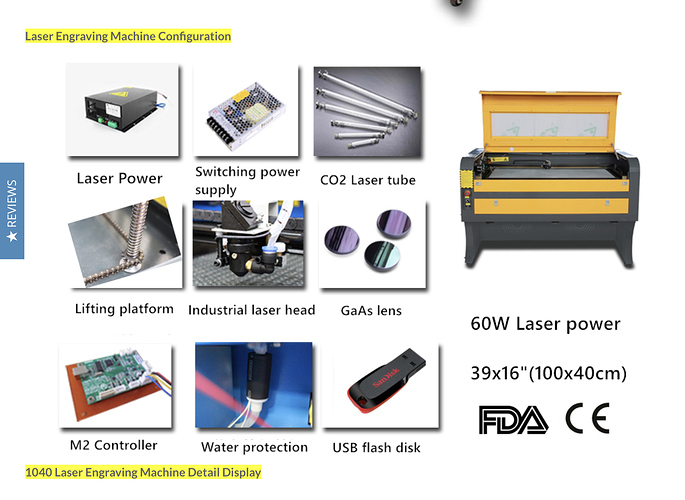 You can upgrade the controller to a Ruida, get a water cooler and so on.
Not saying THIS IS IT but that you can find the one that is right for you just look.
But this is a bigger machine then the K40

Anyway hope this gives you some inspiration

I read through the K40 stuff, and get the basics, but they do not offer the size.

About 90% of that content applies to everything you are looking at. The only reason we have two categories here on MakerForums is that we pulled together content from two different Google+ laser communities into one forum, and we used a separate category for each of those communities. So the “K40” moniker is used here for a whole class of machines with similar characteristics, including the machines you linked to, with higher power and handling larger sizes.