I was just on the Makers On Tap Podcast with @mcdanlj and it was a blast. And I realized I have only been posting my progress on my new CNC Router on Twitter recently, and not here. So time to rectify that issue, here is my current progress. I have the majority of my components at the house (only a few had shipping damage

). Now that I have the parts in hand I can 3D model the majority of the remaining parts, (most don’t have MFG models or prints that I could make models from). I have slowly learned to make the majority of my mistakes in the computer so I don’t have to do too much rework in meatspace.

My design criteria is I wanted a strong and capable aluminum cutting router with a round a 30"x30" cut area in X/Y. My current CNC is a beta version of the R7 CNC that Brandon from SMW3D/Hobby-Fab and I worked on together. The R7 is a great machine but I wanted something just a little more robust for more aggressive cuts. I am changing to a 2.2KW spindle with an ER20 collet, and steppers are Nema 24 Closed loop versions. The axis are driven with 5mm pitch 16mm ball screws. And the extrusions are larger 80/20 extrusions, with motion on linear rails instead of v-wheels. For the R7 the C-beam on the X axis has always been a weak point, that and the fact that it runs on wheels which have more play that Linear Rails.

I am also running a new controller. My R7 runs on a Panucatt Devices X5 GT. But this time I went with a CNCDrive AXBB-E controller and the software I will be running is called UCCNC. The only item being reused from my R7 is the water pump, The Intel Nuc PC, and the wood table under the CNC. I am excited, new stuff means more to learn. I had fun today learning how to do Solidworks models for drag-chains correctly to show the path and have them be a dynamic chain that moves within the model.

Anyway, here are some pictures. I would love some feedback. 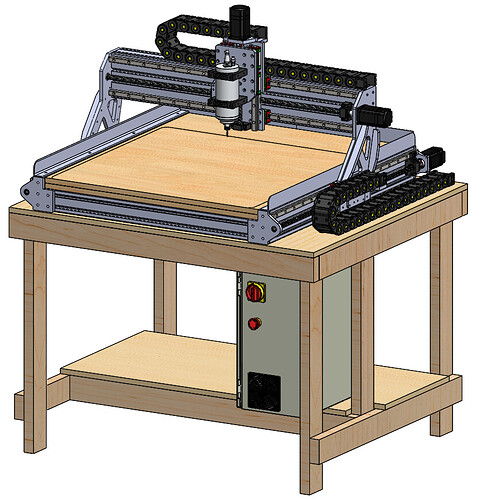 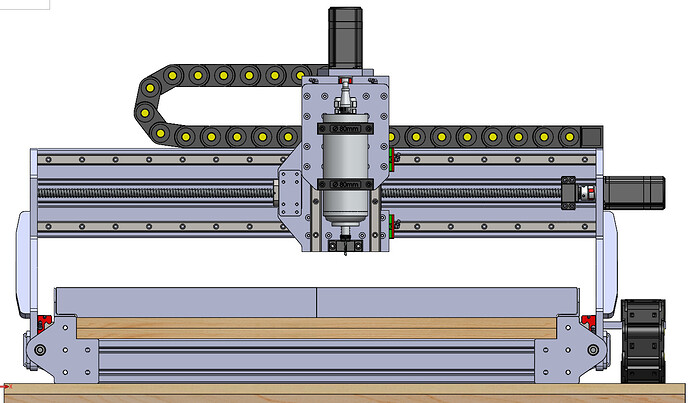 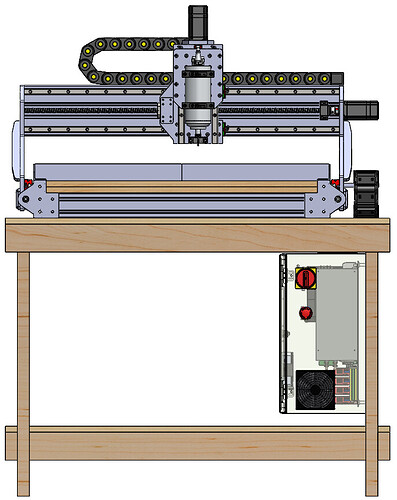 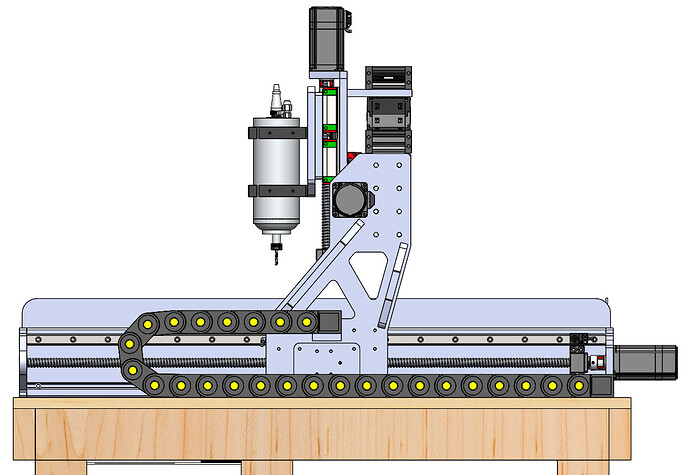 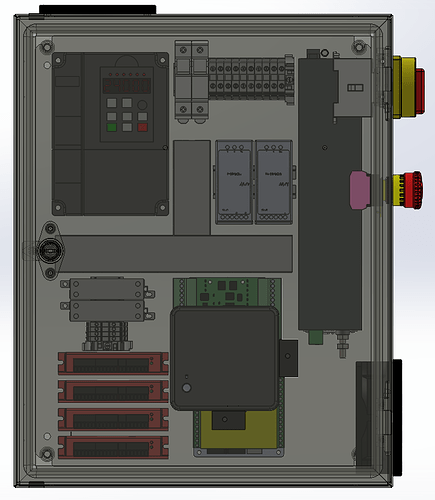 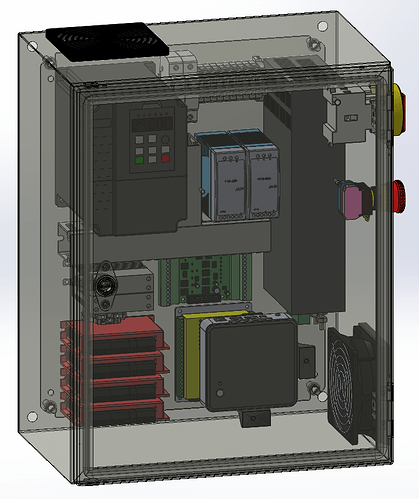 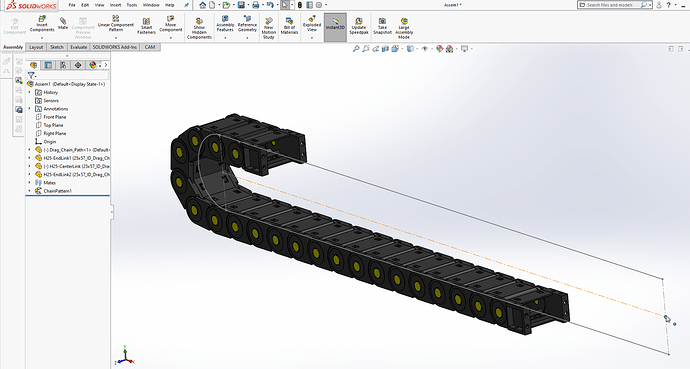 Love seeing more detail than fits into 280 characters! I’m looking forward to seeing more of how this comes together.

Very cool! I’m sure I can fit this is the garage somewhere. I need to get into cutting aluminum. Are you working on a BOM?

Yes, I’ll have a full GitHub on it like most of my projects. But first things first I want to get the design finalized with all the details and fittings. finalize the model and clean it up. And most importantly build it and make sure I’m not sending someone down an expensive rabbit hole. I’m fairly confident it’ll work out well but before I share everything out there I want to make sure I’m recommending the right things, and there’s no design changes I want to implement.