Laserweb 4… 3 different operations image raster, vector fill, and vector cut… Next one I make will have a few adjustments to the vector fill settings 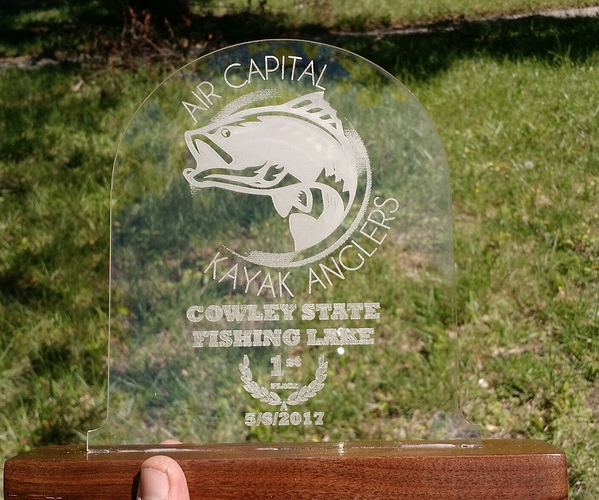 I like the fact that I didn’t have to load the images in a particular order. I also like having more options for each different type of tool path that I was generating. the one thing I did notice though was the difference in speed between the laser fill on a vector and a raster of an image. I do miss the variable speed on bitmaps being able to change between lights and darks as it makes it a little more difficult to photoshop an image to get the greatest detail out of it