Hi, so I just bought a k40 and after a little while managed to get it up and running. Did a few test cuts I made on Inkscape, and everything was running smoothly. Didn’t touch it for a week, as work keeps me busy. But I just hooked my computer up to it as usual, loaded a new cut file in k40 whisper, but when I hit “initialize laser cutter” my computer crashes and is forced to restart, saying it needs to collect data on the crash.

I don’t know what’s going on with it, so I tried it a few times, shut it off, deleted the only software and downloaded it again, but it still crashes.

What can I do to fix it? Even pressing “initialize laser cutter” without a project loaded causes it to crash. 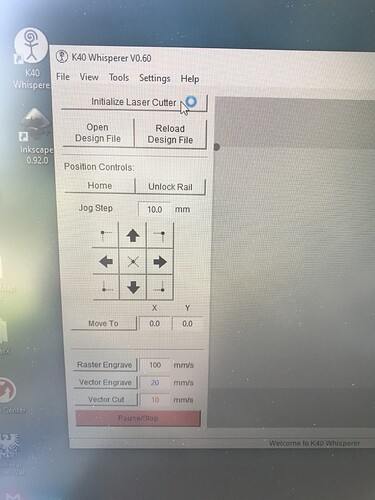 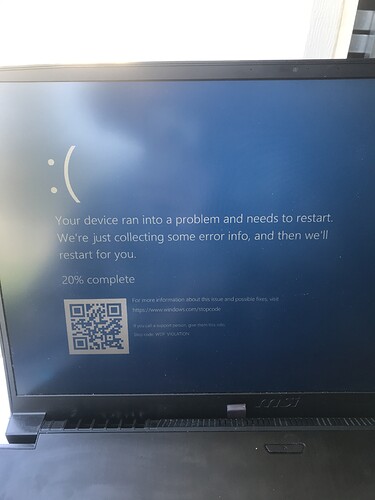 That is not good. I don’t know what would cause that, seems driver related. My only suggestion is to remove the diver:
https://www.scorchworks.com/K40whisperer/k40w_setup.html#windowsRemoveUSB

You could then try reinstalling. If the driver continues to be an issue you can switch to MeerK40t which can operate with the standard driver.

Thank you for the advice Scorch. Unfortunately deleting the file and reinstalling it didn’t work. So now I think there may be an issue with my computer, since meerk40t caused it to do the same thing when I tried to run a cut. So sadly I think my “new” computer maybe on its way out, if it’s having the same issue with multiple programs.

If it’s a laptop then try running it without connecting to an AC outlet(battery powered). If it’s a desktop computer, try to connect your computer to the same electrical outlet the K40 is connected to. This could be the difference between then and now which could be a ground loop issue.

A cheap solution is to run K40 on a raspberry pi

Not as cheap as it used to be though.

I had no idea ! Pehaps i should sell mine - ive got loads of them lol

I have about two more projects that want RPi 4s than I possess at the moment, so I’ve been keeping an eye open. But I don’t expect the shortage to resolve very soon.