I just feel compelled to ask, has anyone ever actually heard of someone being electrocuted by their K40 due to arching from the laser tube into the chassis or from the power supply into the chassis?
And if so what injuries or was there a death.

we are likely to NOT hear about electrocutions… laser burned fingers, arms, etc lots more.

Good question, I have searched this many times and never found an incident.
Probably cause K40 users are so safety conscious and use safety interlocks … NOT!

I did find multiple instances of deaths from Lictenburg machines and in fact, it motivated me to stop my build on one.

If you ask because you doubt the possibility, these LPS have substantially more power than a Lichtenberg machine of which we have mortal evidence.

Thought I would ask because literally every forum post, article or video you watch they stress how that potential is there. So I was just curious if it had ever happened to anyone.

Oh I believe its possible 100%. But I cant count the number of videos I have watched and just about every single one they are futzing around in the power supply or laser area with it powered up at some point in the video.

And I have seen the reported deaths with Lictenburg machines myself.

Good to know! I love the look of the those Lictenburg patterns and only found one simulator which comes close and it’s really not very close. With a good simulator, our laser cutters/etchers would be a great way to safely reproduce Lictenburg designs.

Yes, between the LPS and the Laser itself this is probably the most unsafe “out of the box” tool you can buy. I also wonder why we have not seen reports of eye damage.

I spent the time designing a setup that I think is safe. But the more I thought about it, why would you use a tool [no matter how safe] whose normal operation is to potentially put yourself in series with both sides of a high voltage power source.

I do a lot of bowl/vessel turning and therefore nothing is ever flatwork. I thought it would be cool to add Lichtenberg patterns which would be hard to do with a laser.

I think the main reason why people don’t get fried all the time is that the grounding actually isn’t quite as bad as it seems.

There is a grounding wire going from the IEC socket to the grounding post and it’s true that this post often makes poor connection with the chassis. They definitely are supposed to use a star washer here. And yes, those plastic (wtf?) washers are definitely the worst thing they could possibly use.

So, there actually is some redundancy there.

The other problem is your body’s grounding.

Irrespective of the machine ground unless you are wearing highly insulated shoes if you get within 2" of the anode side of the LPS you are going to be lit up! This can happen when you are tinkering near an open laser compartment.

I have tested these supplies and they will arch more than 2".

That is why I recommend interlocks on the laser compartment and LPS access doors.

As I understand it, 5-10mA is not normally dangerous instantaneously, but that danger increases over time. Static electricity can give you shocks in the same voltage range, but current is minimal.

Also, I have heard that arm-arm is more dangerous than arm-leg because current is more likely to follow through the heart. I don’t know about how this might be different for folks with pacemakers.

I learned as a child that proportionally more farmers were electrocuted with 12V DC barn lighting systems than after they got 120V AC installed. Muck is highly conductive…

So as far as I can tell, it’s actually statistically unlikely to be killed by a K40 power supply, but I at least don’t want to try to “take that to the bank”

So as far as I can tell, it’s actually statistically unlikely to be killed by a K40 power supply, but I at least don’t want to try to “take that to the bank”

I do not know what “statistically” means. Not sure what statistics has to do with it?

At a minimum, it is likely to do significant and permanent damage to your lungs.

I do not know what “statistically” means

I’ll spare you quoting the dictionary.

and statistically higher than 12vdc in the muck

Don’t take that one to the bank, by which I mean don’t stand in wet feet in the muck with wet hands and let 12V flow through your heart from your hands to your feet.

I hear you “guarantee” that but it doesn’t match what I’ve read. If you are going to “guarantee” it, well, in the words of Wikipedia, “[citation needed]”.

Neither of us is encouraging people to take unreasonable risks here. I’m saying, however, that what I have read on this topic does not align with what you are saying. Everything reputable I have found over the years is well aligned with the fact that you haven’t found instances of people killing themselves with K40 power supplies, despite rampant lack of understanding of how high voltage works. It doesn’t mean it’s a good idea to mess with it, and you’ll note that I’ve been very consistent about encouraging good practices here.

Here’s an article written from a medical perspective that covers many different scenarios:

Conduction of Electrical Current to and Through the Human Body: A Review

Objective: The objective of this article is to explain ways in which electric current is conducted to and through the human body and how this influences the nature of injuries. Methods: This multidisciplinary topic is explained by first reviewing...

If the current path goes through the chest, continuous tetanic contractions of the chest wall muscles can result in respiratory arrest. Dalziel,6 who made measurements on human subjects, relates that currents in excess of 18 mA stimulate the chest muscles so that breathing is stopped during the shock.

Another effect that occurs with a transthoracic current path is ventricular fibrillation. Transthoracic current paths include hand to hand, hand to foot, and front of the chest to the back of the chest. Animal experiments have suggested that the ventricular fibrillation threshold is inversely proportional to the square root of the duration of current flow.

The threshold for ventricular fibrillation for direct current shocks longer than 2 seconds is 150 mA as compared with 50 mA for 60-Hz shocks; for shocks shorter than 0.2 seconds, the threshold is the same as that for 60-HZ shocks, that is, approximately 500 mA.4

The reason to be clear that these risks are not guarantees is that when you say they are guarantees, and someone experiences not being harmed once, they will reasonably assume you were crying wolf. Being clear instead that there are risks but they vary from person to person, time to time, and circumstance to circumstance is both more honest and less likely to result in good advice being ignored.

I’ve gotten a light shock from my cooling bucket. Scared me and the damage I got was from jerking my hand out of the bucket and whacking the shift out of my elbow on something.

The cause got traced to the high conductivity of my cooling water due to a leaking cooling pack I had used for some reason at one point. Added a bunch of salts and the high voltage from the tube leaked into it. Measured like 4Kv on the bucket relative to ground but fortunately it was very low current. At least due to the fact I was just kneeling on a wood floor and not touching anything else.

I did find multiple instances of deaths from Lictenburg machines and in fact, it motivated me to stop my build on one

I wanted to provide a link for anyone who hasn’t become aware of why not to experiment with a Lichtenburg burner.

From the American Association of Woodturners, 31 deaths and 8 severe injuries that they have tracked so far, with no expectation that the list is complete. It covers just a few years. 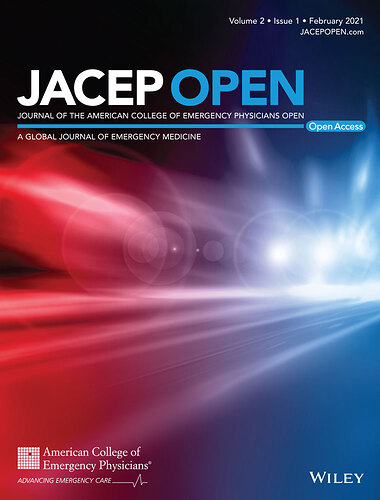 A 26-year-old female was brought to the emergency department after an apparent electrocution. She was unresponsive, pulseless, and found to be in ventricular fibrillation upon arrival. The patient ac...

What current would kill a human?

@dougl which source was that from?

I also wonder why we have not seen reports of eye damage.

Keep in mind that a far-infrared CO2 laser will first burn out the cornea, then the lens, maybe part of the iris depending on aim, and then the vitreous body, before getting to the retina. Corneal transplants from cadavers are possible. Or it’s aimed away from the pupil, in which case it damages far peripheral vision, where the brain fills in missing bits quite fluently and it is quite possible the person doesn’t even know it happened.

Journal Of the American Medical Association: 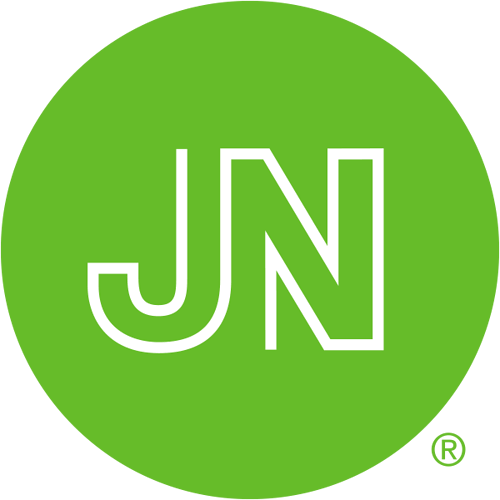 The pathological effects upon the eye of exposure to infrared laser radiation emitted by a carbon dioxide (CO2) laser, was studied. A total of 142 rabbit eyes was irradiated at varying dose levels, and each was observed for a period of two months....

This one is actually about using lasers in a medical setting (@HalfNormal can speak to this far more than I can!) but the effects are the same.

Ocular damage secondary to lights and lasers: How to avoid and treat if...

Ocular damage secondary to lights and lasers: How to avoid and treat if necessary

Although lasers in the far infrared spectrum (wavelength 1400-10600 nm) cannot penetrate the ocular tissues far enough to reach the retina, these wavelengths can still cause injury to the cornea and crystalline lens. Carbon dioxide (CO2) laser (wavelength 10600 nm) is an ablative laser used to achieve skin tightening and for the treatment of certain vascular lesions such as orbital lymphangioma[7]. Its main target chromophore is intracellular water, which is instantaneously vaporized with application of the laser, resulting in lateral thermal damage and coagulative necrosis of the surrounding tissues. The CO2 laser can cause corneal or scleral injury due to their rich water content[4,7].

Another mitigating factor is that so many people wear glasses anyway that they will end up mostly protected most of the time. Sorry to drag generalistic probabilities back in here!

I don’t want any of this damage myself. Safety precautions please! None of this says “oh don’t bother” it just explains why there might be fewer reports of actual damage than you might otherwise expect.

Being clear instead that there are risks but they vary from person to person, time to time, and circumstance to circumstance is both more honest and less likely to result in good advice being ignored.

I am tempted to respond to your insinuation that I am being dishonest but I am not going down this rabbit hole with you … got things to make.