Just got OctoPrint set up with my Printrbot Simple on a Raspberry Pi.

Just got OctoPrint set up with my Printrbot Simple on a Raspberry Pi. First print going well so far. 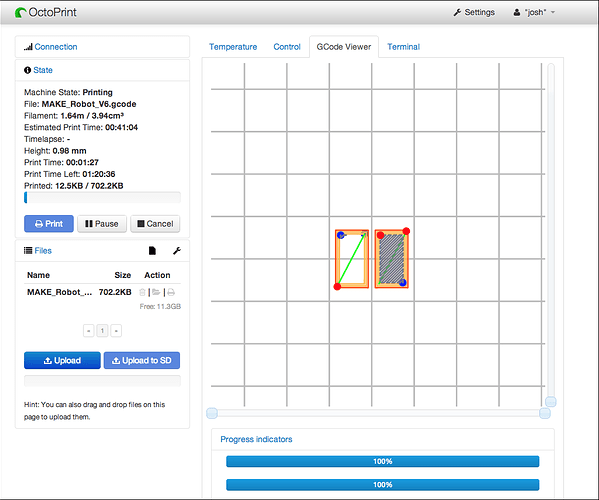 Nice. Keep us updated I wanted to do a setup like that on my Simple as well.

I just installed that recently as well. It works great, just printing some brackets to run the Pi camera

@Daniel_Bull where do you plan to mount the camera?

I’ve got a Mendel90 so its gonna be different to you, the biggest problem is the ribbon cable which needs to go to the Pi, that limits the placement.

@Nick_Adams I am not Daniel but if you are interested you can find my solution at http://www.thingiverse.com/thing:237252 .

@Kai_Laborenz Cool. Did you print the case and stand with your simple? I figured the pi was too big.

@Joshua_Marinacci
It is (I would have made the stand taller but that the maximum my simple can handle). But I have a cnc mill as well…

@Kai_Laborenz For OctoPrint on the Raspberry, did you install from scratch on Raspbian (or other)? Or is there a SD image already bundled with it? 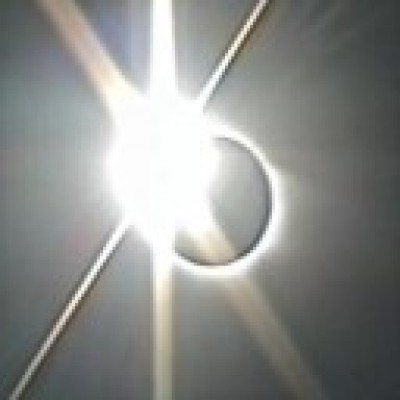 Scripts to build OctoPi, a Raspberry PI distro for controlling 3D printers over the web

@Daniel_Bull @Andre_Courchesne2 Yes, I used this. Getting it up and running was supereasy.

Have any if you used the Raspberry Pi Camera Module with a octoprint setup? I set it up and keep getting freezes after a few min. The entire OS locks up.

I’ve done it, not seen it lock up yet but I’ve not had it set up and working for long as I’m still making the camera holder. The Raspberry Pi camera uses a lot of power when its running, do you have enough current available for it?

I didn’t had any problems…