Is printing in petg create toxic fumes? Or is it safe like PLA?

Is printing in petg create toxic fumes? Or is it safe like PLA?

The “fumes” (vapors, outgassing, etc) aren’t going to hurt you. It does throw nanoparticulates into the air (fine plastic dust) like all FDM. Not great to breath, but doesn’t seem to be any worse than working in a kitchen.

PETG appears to throw about the same quantity and distribution of particle sizes as PLA, which is about two orders of magnitude smaller than ABS in VOC gaseous volume and in micron and sub-micron particulates.

Follow your nose on this one. If a room stinks with a strong chemical smell after an ABS print but smells faintly like pancake syrup after PLA or like nothing after PETG… your senses are telling you some useful information about the quantity and toxicity of what’s in the air.

And the kitchen comparison strongly depends on the kitchen. Any modern kitchen with effective exhaust venting (not a recirculation fan) will do better than heating/printing ABS on any measure. Further, the specific VOC’s matter. Agreed that breathing in wood fire smoke or breathing in a plume of grill smoke is very bad for lungs, but ABS fumes are right up there, and any decent vented kitchen is significantly less risky than any of those.

“Bad smell = toxic” is a wildly unscientific approach. Hydrogen cyanide gas smells like almonds. Many toxic gases have no smell at all. And the vast majority of bad smells are harmless.

Long-term epidemiological studies of injection-molding plant workers (who are exposed to hundreds of times more ABS fumes than printers release) show there is no meaningful long-term hazard. Just some desensitization to smell (which workers in any smelly job get) and short-term effects like headaches in some people.

Basically, printing ABS is hazardous to your health in about the same way steak is cancerous. Yes, you get some exposure to undesirable compounds from the cooking process, and yes, too much steak is bad for you, but it’s not the sort of toxicity that you should spend much time worrying about unless you eat steak three times a day or have a large printer farm in your bedroom.

All 3d printers should be ventilated out of an abundance of caution, regardless of the material. So should your kitchen range.

Now, if you want to talk about SLA resins, THOSE are nasty.

Who knows what chemicals are added to the production of filaments, extruding ANY filament needs the correct health & safety procedures. Not trusting “just your nose”

If you smell anything - it’s a VOC. VOC does not mean toxic. It just literally means it’s an organic compound (carbon based chemicals) that is volatile (high vapor pressure).
UFPs are completely different from VOCs. Pretty much everything you do produces UFPs.

Cooking in your kitchen produces loads of UFPs as well as VOCs. So does using a laser printer, driving your car, doing laundry, brushing your teeth… 3D printing does as well.

None of the studies that have been done on 3D printing have shown anything even close to what people should worry about.

We have been processing large quantities of thermoplastics for decades (orders of magnitude greater than a desktop 3d printer). Pull up OSHA regs on injection molding plants, and look at the quantity of material processed per hour or day that is required for respirators or other filtration.

You will never get even close to those quantities.

People need to get a grip and stop with all this fear-mongering. Don’t burn your plastic when printing. Don’t put your machine in a completely sealed room. Don’t stand directly over your machine and breathe in for hours at a time.
That’s all you need to worry about.

I know this is an older post but as a Mod I can see that it has been the top referring link to this forum for a long while. It’s chemical related and being the curious chemist I am I decided to checked it out.

As best I can tell from the literature, there is nothing especially hazardous fume wise about printing with PETG. Most recent studies have been around particulate emission with 3d printing in general, like mentioned above. There was even a recent Hackaday link to this article. 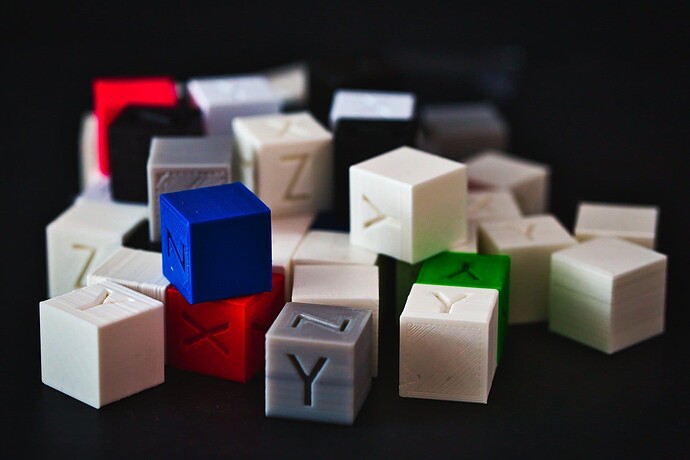 3D printing may be worse for your lungs than assumed

Nobody likes the fumes -- I hope?

Mostly I think @Ryan_Carlyle ( author of 3D Printer Engineering Volume 1: Motion Platform Design) had the right of it with what he posted above.

Ryan did write one thing that did peak my interest. (Pardon me if this is a bit off topic

He is wholly correct in saying that bad smells do not equate to toxicity. However the more curious fact he says is that “Hydrogen cyanide gas smells like almonds.” Which begs the question, what do almonds actually smell like? I mean taste sure, but smell?

As a chemist I was never taught what hydrogen cyanide smells like but learned it like most everyone else; from books, movies and TV shows. Where the detective would smell the mouth of dead person and says “Almonds, he was poisoned by hydrogen cyanide!”.