I'm thinking about purchasing a spool of PETG filament,

I’m thinking about purchasing a spool of PETG filament, hearing about all the advantages it has, with the ease of printing and the strength and durability of the print. For the past few days I’ve been watching reviews on different brands, and I’ve narrowed it down to two choices: 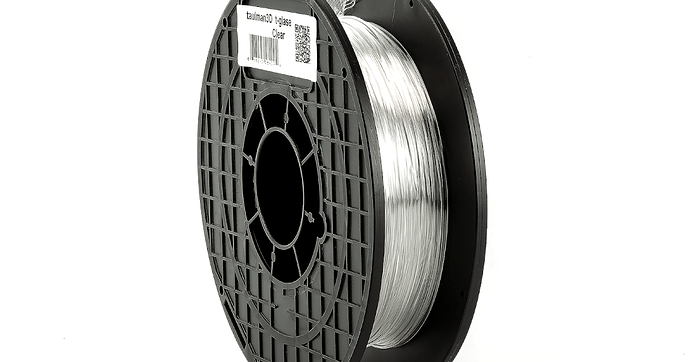 Taulman3D has developed this unique, low-shrinkage PETT copolymer as an FFF 3D printing filament. It is considered “optically correct” or “water clear,” and is food and beverage safe thanks to its chemical makeup, which allows light to transition... 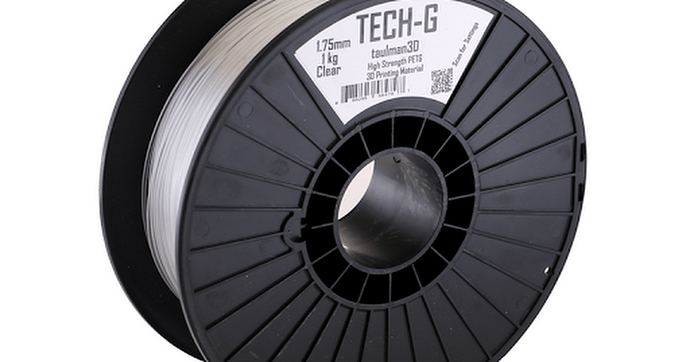 1kg of 1.75mm Taulman TECH-G filament. TECH-G is an FDA approved high strength PETG filament designed specifically by Taulman for design engineering and architectural use. TECH-G has an amazing tensile strength of 5900 PSI with a limited elongation...

What is the Difference between t-glase and PETG? | Airwolf 3D

There is frequently some confusion on the difference between T-glase and PETG. The short answer is that...Technically-speaking both products are PETG

This website says T-Glase is just their formulation for PETG, so I am assuming that it acts like PETG well, correct me if I’m wrong.

They are both around the same price, but the T-Glase is $34 for about 0.4kg, where Tech-G is $32 for a kilogram.
Tech-G is cheaper, but it seems that T-Glase is more well known.
There are a few Tech-G reviews and they look pretty nice.

I was wondering if any of you guys have any experience with either of these.

Or if not, what other PETG filaments have you had good experiences with? I’m leaning towards the lower price ones, and Tech-G looks pretty nice.

T glase is cool but more brittle and expensive. Ice filaments is ok priced and strong.

@VolksTrieb ice filaments look pretty nice, but I’m in the US, I’m not sure how much shipping would cost

I’ve used and like Torwell brand, got it off ebay. It’s been my only roll of PETG so I have nothing to compare it to though

I have been happy with eSUN from Intservo in the US.

Note that Makergeeks PETG prints at 260C+, so wouldn’t be suitable for you. It was unusable for me at 240C. I have some t-glase I’m looking forward to trying.

@Tim_Visible really? That’s interesting, but in my case, makergeek is just where I’m buying it, the PETG itself is by Taulman, and it prints at 238°C.

@Henry_Qiu ​ Oh, I was talking about their house brand PETG, which I figured was what Dushyant meant.

@Tim_Visible sorry, my fault- I got mixed up, I don’t think tech-g (the PETG I’m planing to buy) is sold by makergeeks.

What I meant to say was “I am planning on buying the tech-g PETG at matterhackers , but it is by taulman” I got mixed up between makergeeks and matterhackers

@Tim_Visible I can successfully print with MakerGeeks Red PETG at 228C, so long as I don’t cool it too much (and cause inter-layer attachment to fail)

@Jason_McMullan ​ Super weird. The green spool I used even had a “260C” label on it. It printed like it was cold. Globby, poor bed adhesion, sticking to the nozzle, poor layer adhesion. I got a (barely) successful carabiner print at like 10mm/s or slower, 235-240C, no part cooling, no heated bed, but even then most of the layers didn’t stick to each other. The print twisted really easily as the layers slipped past each other.

Most other prints barely got past the first few layers, with poor adjacent-strand and layer adhesion. Very difficult to push through the nozzle by hand, too. The only thing I couldn’t try was more heat (PEEK barrel).

@Tim_Visible thats kind of weird. Normally layer adhesion is fine even when I print (all kinds of pet or petg) it so cold it almost doesnt extrude.
260 is a bit overkill if yer not going for 150mm/s or so. There is MF-PETG from extruder which prints at 205°C but is rather brittle. Most others need 225°C and more (mostly i print at 230-235°C) and there are more bendable rather than brittle.