I’m litteraly looking everyday on the mangascreen webpage. I’m very curious to know what is the version2. Is it going to be bigger? smaller? higher density of pixel? IPS screen or TFT. Power consumption, etc. There is absolutly zero info about what it’s going to be. End of march is coming soon. We’re suppose to get details end of march. If only I could get some info to calm me down

well, I have found here some information. Here is what I got currently, 1080p, and first iteration of the V2 was 5.9" . There is also a picture of the screen. I very excited, if it exactly like that, it would fit my project very very well

That’s what the plan is for now. Power consumption and other details will be given by Elias when he’s finished building a few of the prototype boards himself. End of March is normally the launch of the crowd funding for the manga screen 2

I was working on getting it to run on an odroid over the weekend, while waiting for the touch panel samples. Not quite there yet… The touch panels are really what is keeping the project from being launched. The screen has IPS yes. Synaptics touch chip, the works:) 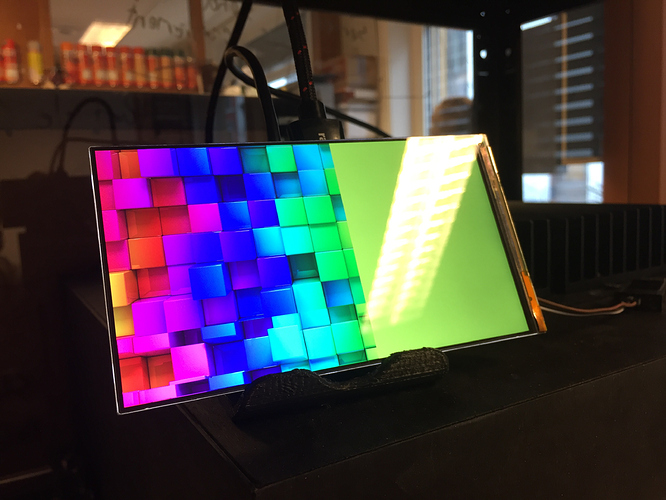 What about UI/toggle? Some new version with complete features for 3d printer?

@Daniel_Kusz Toggle patches are still needed - I’d have gotten started with that if I’d had any breathing room in the past 4 months, but I am still fighting to find time for some basic Kamikaze patches that are even more critical…