I'm in love with fat layers.

I’m in love with fat layers. 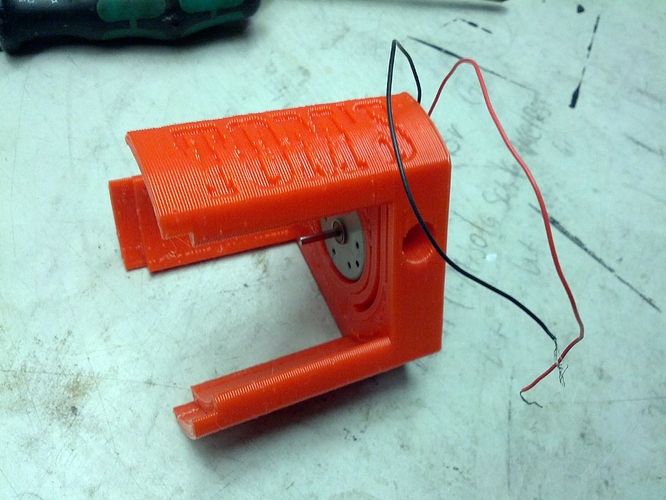 …I like fat layers and I can not lie…

Can you elaborate further? Is it the speed? Or do you mean you don’t mind the appearance of the thocker layers?

@Minuk_Choi it’s a bit of both - yes, the higher print speed is a nice feat, but i simply like that distinct “printed” look that everybody seem to try and hide as much as possible now. Also reminds me of some of my very first prints

@Nicolas_Arias that’s printed with an E3D - i have tried fat layers on my previous hotend, which was somewhat similar to the Jheads, but it had mayor issues trying to keep everything at temperature. Good heat transfer (aluminum instead of brass) is a must here.

There is something to be said for the rugged look of the fat layers - almost as if they were PHAT!

I to like the 3D Printed look. Ya most people are so concerned with an injected molded appearance. Drives me nuts.
I have already ordered more E3d’s with the biggest nozzles that were available at that time .6. I ordered extra as i plan to drill them out to see what i can do. Bring on the fat layers!

Fat layers!!! Me too. For me it’s mostly a speed issue.