I recently bought a used food dehydrator off of Amazon so I could try to revitalize old filament. First test was with a brittle tightly coiled pla from prototype supply. A few hours in the dehydrator at 160 degree F and it came out nice and almost flexible. Going to try printing with it soon. 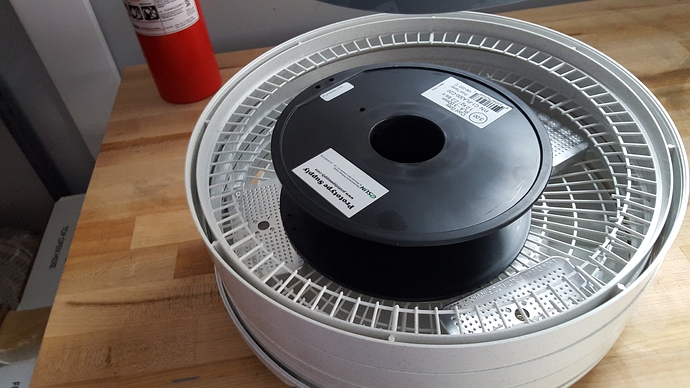 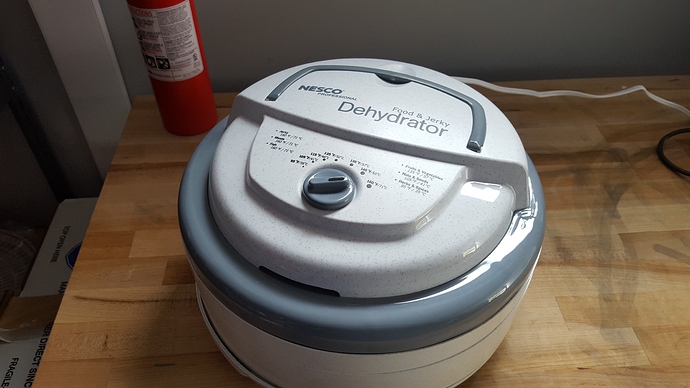 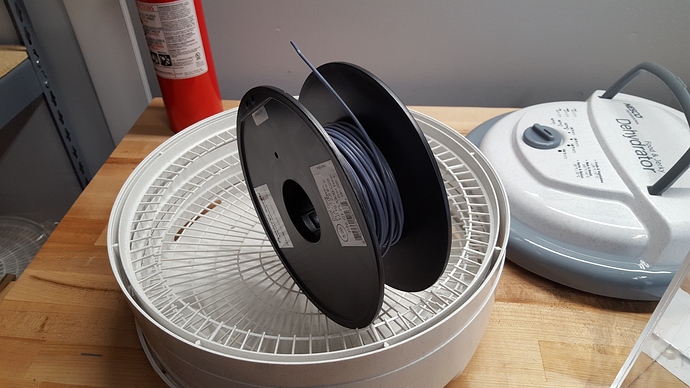 I’ll be interested to hear your results.
Is there any way to measure the moisture level?

Great idea. I don’t see why it wouldn’t work.

if you think you have moisture problems you would be better off buying silica kitty litter from walmart for about a buck 25 a pound. fill a sock with the litter toss in the bottom of a bucket with a good rubber seal and close it up. the kitty litter is the same stuff in the small discant packs.

Heat is certainly a very fast drying method, but 160˚F exceeds the Tg of PLA, I hope the measurement was wrong. I’d be very wary of going so high. Even 130˚F might cause you trouble.

@Phillip_Ramirez Are you sure? The contents of silica packets look nothing like any cat litter I’ve ever seen. I gather silica is generally present in clumping litter and the gel beads, but I wonder about the form and purity.

I have a similar setup but use a dht22 and and arduino with a relay to regulate the temp in the dehydrator, does work well

@Jeff_DeMaagd Would 100F work? I have a food dehydrator and have been wondering about this for a while.

@Alexander_Pritchard A tightly wound spool might have problems sooner than a somewhat less tightly wound spool, probably because of the pressure. Someone I know had a spool where the filament started getting wavy and it was sticking to itself a tiny bit.

I suspect the high temp here has affected the crystallinity of the filament as well as the moisture. Which may not be a bad thing.

@Jeff_DeMaagd ​ yes I’m sure. Next time you are in walmart look for a 4 lb bag of silica kitty litter﻿. It’s called mimi litter

thought i posted a link.

OK, thanks. That’s a kind I’ve not seen before.

about how long before it goes bad?