I am looking at buying this 50W tube 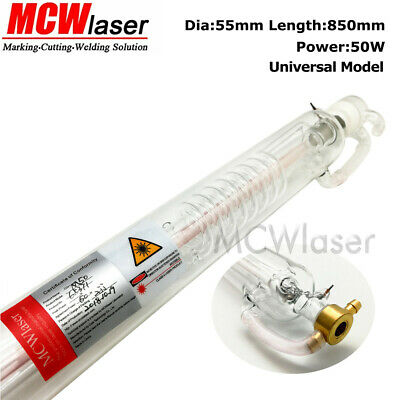 Find many great new & used options and get the best deals for MCWlaser 50W CO2 Laser Tube 85cm Air Express & Insurance for Shenhui DC-G350 at the best online prices at eBay! Free shipping for many products!

I’m not sure that the power supply that comes in the k40 will put out 25 mA’s …I bough a bigger power supply from light objects is 40 to 60 watts…it’s quite a bit bigger than the supposedly 50 watt that came in my machine…it’s max is 22 mA’s.

@funinthefalls …I would say go for it…if you have to have another power supply then get it later…but you will gain a good bit with the one you have.

I will actually need a PSU as this one will probably go into the Redsail LE400 that I have gutted. The build quality of the LE400 is miles ahead of a K40, but the electronics were from the stone age, the worst was thge HV section of the PSU was in open air in the electronics compartment.

Don’t make the mistake of purchasing the one I got…it’s huge…it works great but it’s massive compared to the one that came out of my 50 watt machine.

One other thing…after it was all said and done…the problem that I’m having is too much power for engraving …lol…I’m having to turn the power down so low that it will barely fire at that low setting…at 10% power it won’t fire at all…at 12% it fires…but if I turn the speed down below 200mm/s it engraves too deep on some things so I’m having to run it at 300 and above.

Make sure the voltage requirements are in line with your PSU’s output as well. it’s not always about the mA’s
some of the larger tubes have different trigger and operating voltages.