Hi John, this is what comes up when trying to load chilipeppr on the

Hi John, this is what comes up when trying to load chilipeppr on the newest version of Google Chrome on my ThinkPad. I’ve already downloaded the application as well. The page opens just fine on my Mac, but not on the ThinkPad, which is what my TinyG is hooked up to. 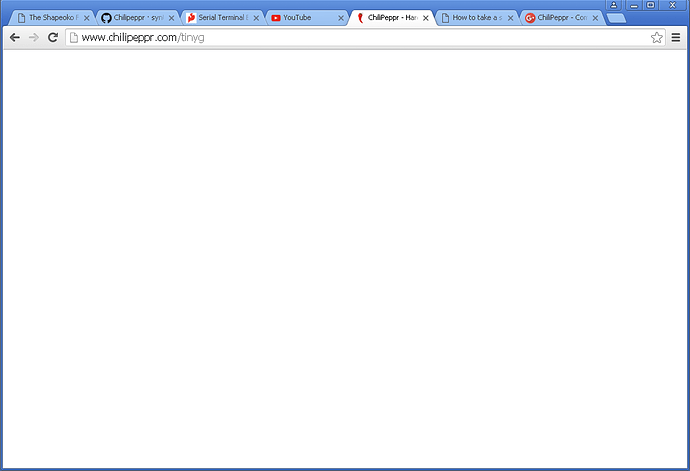 The usual basic debugging steps would be to close and reopen chrome. If that doesn’t work then clear the cache (go into history and clear, check the box “cached images and files” and then reopen chrome again.

Since it looks like you’re on an old ThinkPad given the look of those toolbars, you should just put Serial Port JSON Server on the ThinkPad and run ChiliPeppr from your Mac. ChiliPeppr just connects to the remote IP address of SPJS.

Okay I’ll try that out - thanks for the help