Hi. I run the reddit.com/r/3Dprinting community.

Hi. I run the http://reddit.com/r/3Dprinting community. Lately I’ve been trying to gather better demographics and information about 3D printers. All the data I collect is publicly available.

Would you mind filling out a survey on your experiences with thingiverse? It seems like it’s a bit of a pain point for some members of the community, but that could just be selection bias.

For me, I’m already moving more and more over to YouMagine. It’s backed my UltiMaker, which has stayed true to their open source roots. Makerbot has taken their license for Thingiverse, and used their users ingenuity, creativity, as well as engineering prowess to further their own goals. Bre Pettis talks like a politician, and when confronted with things, talks around them and not about them. If instead, Bre would have been honest about certain things (MakerBot invented the stepper extruder, etc) there’s a lot more people who wouldn’t have a problem with their site. But they sold out, they belong to stratasys, stratasys is suing other 3D printer distributors, and thus that whole ecosystem is one to just simply stay away from.

That’s exactly what I like to hear. I want market research showing that without a doubt that it’s a bad idea to turn your back on the community. Of course more then that I want accurate market research.

That being said, for a company that’s “staying true to their open source roots” I’m not seeing any sourcecode for youMagine.

That is getting a bit pedantic… don’t you think?
They’re facilitating sharing and collaborating on open source projects… They’re not necessarily offering the source code to their sharing platform, but they don’t give you the schematics for how to build the stepper motors that they use either. It’s about sharing what they are TRYING to share, not about sharing everything… There must be a line… otherwise, someone’s going to say “yeah they shared the source code for the website, but they won’t tell you what they had for breakfast before they wrote that code”

I agree with @ThantiK , MakerBot have very little love within the community because of their actions. By the same token, they DO outsell a lot of (all?) other machines. I think as much as I’d like to believe that this communities views are those of the entire world, that is just not the case - people ARE effected by advertising, marketing - and Makerbot have a butt-load (exact measurement) of that…

These people then often “wish they had looked around before buying” - but I can’t help but feel sometimes that if this community wasn’t so biased itself, that person MAY get some worthwhile help instead of being told to “go ask makerbot”… and if they got that help then they MAY be happy with their makerbot… This is simply the wrong place to ask a question regarding makerbot problems.

But a lot of people saying “hey, I contributed as much knowledge, time, effort into this community as he did!” have the right to be a bit pissed off…

It sounds to me like you don’t really value open source. Which is fine, there’s nothing wrong with that.

But the whole “if this community wasn’t so biased itself, that person MAY get some worthwhile help instead of being told to “go ask makerbot”” thing really irks me.

I read something a while ago that really sums up my feelings on the subject.

Paraphrasing "We want to help. But you brought these problems on yourself. And the thing is, when you ask for help, you’re actually asking us to use our skills and knowledge to prop up a corporatized product that’s not just practically inferior to the free alternative you ignored, but actually bad for the world. We just can’t do that.” 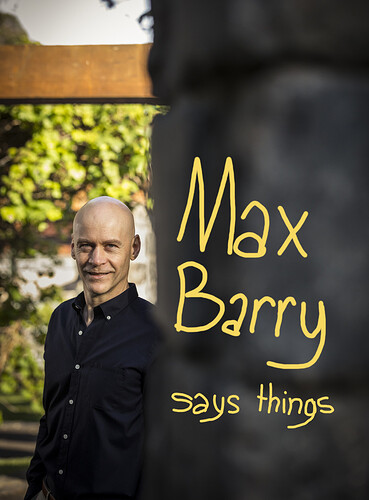 I wrote some code to embed my tweets on my website. There’s a statement that would have made no sense in 1990. Actually, it barely makes sense now. But I did it. I’m proud of my site. I built it myself. Occasionally I get an email saying, “What...

So why should I use my skills and knowledge to support their business model? A business model that’s actively hostile to competition and openness?

And no I don’t think it’s pedantic. There’s nothing stopping anther big company from buying youMagine tomorrow, and this whole thing from repeating.

I hear microsoft is looking into 3D printing technology. What’s to stop the exact same situation as thingiverse and staratysis from happening with youMagine and microsoft? Or some other company?

Releasing their code under an open-source license would guard against that. They’re facilitating open source development, but only because it benefits them. To me that says they’re just doing lip-service to the whole open-source concept.

I retract my statements, I agree with all of your points there and I did not actually realize that something released as open source in that way has the legal privileges that you describe. I understand what the fuss is about now!

So yes, please excuse my ignorance

Hi @Alex_Davies nice to meet you. I also run the “3D Printing Club” on FB so why don’t you come over and ask the same question