Hi guys
I’ve been working on this project for a year now and I’m finally getting some results so I thought I would share it here.
It’s a polymer jetting 3d printer.
The head is supposed to be a monojet piezo but since I don’t have good control on the waveform I’m just pumping the resin through a 40 micron nozzle.
What I printed here is a 30x5x1 wall. Layer height is 100 micron which is pretty crappy for polymer jetting but I would consider it a good start.
Curing means is a 405nm 150mw laser. The dot is roughly 1mm diameter, smaller and it won’t cure, bigger and it starts to burn.
I use core xy to move the head module.
So far the main problem has been resin output exceeding curing power which resulted in a massive amount of uncured resin lying around preventing the jetted resin to be fully cured.
You can see the corpses of failed experiments next to my magnificent wall.
The objective now is to print a clean layer then moving on to print a 3d structure eg. a cube.
But first I must find a way to control resin output.
I want to hear your thoughts about this
Anyone worked on polymer jetting? 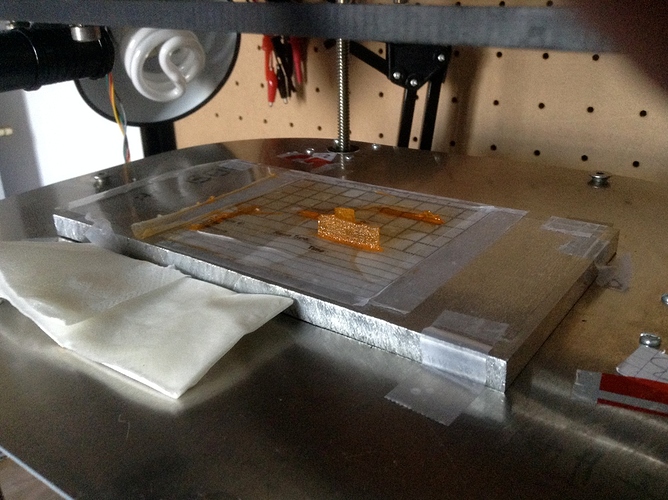 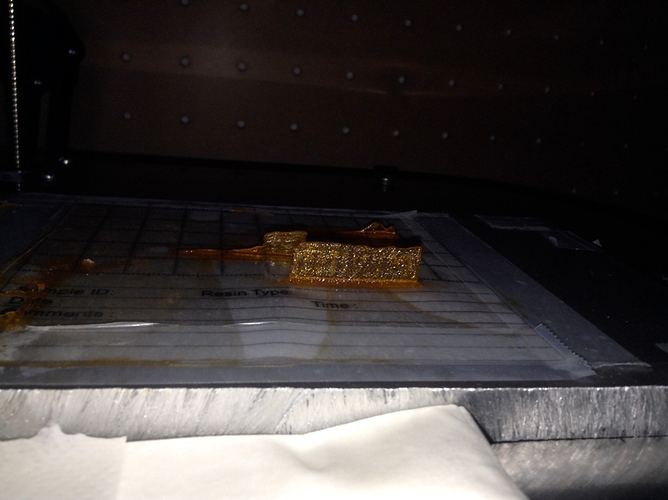 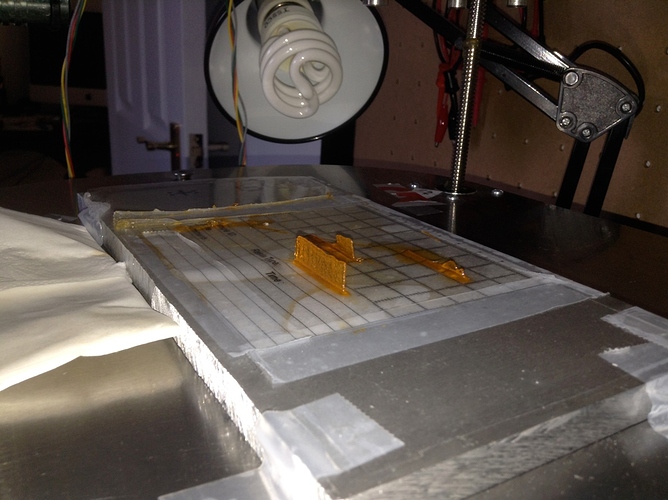 Have you tried a scavenged inkjet cartridge? They use microboiling to jet the ink. I don’t know how well photopolymer will work.

Maybe something like this would work better for you? 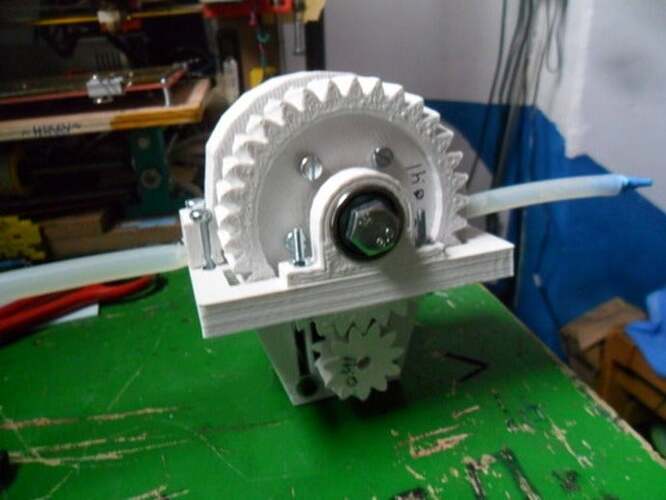 (hoping I do not start an STL repo discussion by posting this. please spare him that discussion)

One report like this makes it worth wading through hundreds of ordinary Google plus stuff.

Yours is the first I’ve heard of. I think you might be on to something here.

Hi @David_Feintrenie , nice work already! A very good aspect ratio.
Which print head (brand, type) are you using? Some thoughts:
You might need to apply a small underpressure (suction) to prevent ink from dripping out during jetting, but make sure the ink is not sucked into the pressure tube

If you start jetting, start at low jetting frequencies (below 1 kHz) and then increase.
100 micron is a thick layer for UV curing. When you get normal jetting to work, the walls will become a lot smoother

@Daniel_Joyce bubble jet won’t work since the resin cures when heated. Only piezo works.
@Karel_K I’m using a solidscape head. It’s made for wax jetting but I’ve repurposed it for resin. I’ve also tried Epson’s micropiezo but the nozzles where just too small for the resin to go through.
@NathanielStenzel I’m guessing it does splatter a bit but the droplets were too small I couldn’t notice

@David_Feintrenie still working on this? You may have luck preheating the liquid before pushing it through the Epson print head. I would be willing to fund some experiments on those Epson print heads…