Hi guys. Im getting ready to scratch-build my first reprap (Prusa Steel 200x300 bed). I have a duplicatorI3 and a no-name Chinese kit, but this time “I” get to pick the parts!

Regarding the steppers, it seems the recommendation is to get the 0.9° angle resolution stepper motors, but I have three questions regarding that:

1: Anyone have a torque reccomendation?

2: Do ANY of the 0.9° steppers have connectors at the motor block? Seems like some of the 1.8° ones do, but none of the pictures i’ve seen of the 0.9°’s show that. Seems like a good idea should one ever go bad.

Any replies would be appreciated.

I have the wantai 0.9 degree with 1.7a motors. They draw a lot of current so it required active cooling of the stepper drivers. The leads were not long enough, I just purchased a bunch of molex connectors and cut the leads from the motors about 60mm long.
It didn’t cost much extra for the connectors.

So stephanie, was it a conscious effort to buy those stepper motors? Did you need the extra torque, or perhaps speed (not sure if those are any faster)?

I don’t think you need the extra torque, in fact it was harmful in my case because it overheated the stepper motor drivers. I didn’t know that they were overheating until I put the electronics into an enclosure and suddenly the motors would stall. I had to put heatsinks and fans on them.
If you want more speed, the only way is to up the voltage. A lot of people are moving to 24v electronics, which I recommend. This means that all of your fans and heaters should be 24v. But there is also a limit to how fast most electronics can signal the stepper motors. Many people are moving to 32bit electronics to overcome the limit of the 8bit boards.

well I found one on ebay that claims a 50oz/in torque yet only draws 0.9A, roughly half the current of the 65oz/in ones that draw 1.8A. I guess for the slight reduction in torque, yet only 15oz/in reduction that seems OK to me. If you think otherwise, let me know before I hit the buy button… LOL

Thanks for your advice.

Well, most manufacturers lie about the specs, so you never know until you buy. Maybe check the http://reprap.org forums or something and see if anyone has bought the same ones. Honestly most steppers will work just fine. @Ryan_Carlyle ​ had some good advice on reading the specs of stepper motors, maybe he can chime in.

Motors with disproportionately high torque compared to their drive current will have considerably lower top speed. They use more turns of thinner wire in the coils, which means more inductance, resistance, and back-emf. All three of those make the motor lose torque faster as the speed increases.

That doesn’t necessarily mean the motor won’t work though – just that you have to be careful about the overall drivetrain engineering. I strongly recommend plugging the motor specs my motor simulator: 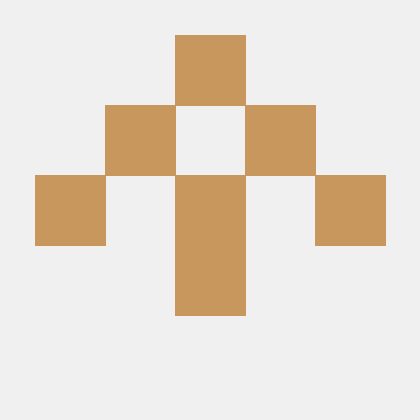 Tells you just about everything you need to know for whether a specific motor/driver/PSU combo will work for your desired speed range. Follow the instructions in the spreadsheet for your driver.

As for torque, pretty much any NEMA 17 is perfectly adequate for a normal sized printer. My Replicator 2x slings around two direct-drive extruders and two ~300mm X 8mm steel rods using a 0.84A short-stack NEMA 17 with no issues whatever. The only reason it matters is that a small motor like that will need to be run at its rated current and thus gets pretty hot, while a bigger motor can be dialed back to save on heat if you’re worried about weakening plastic mounting brackets. Most people use something like the Kysan 1124090 at 50-80% of rated current. Big enough for good heat dissipation, capable of decent speeds on 12v, and torquey enough to safely under-drive so it runs cool. Not that I’m necessarily recommending that specific motor for your build – just saying why it’s a popular choice for 1.8 degree steppers. There are many similar motors.