what i did: i removed “old” fastled source code from arduino (i have latest version) then downloaded fastled from git (branch fastled3.1), add it to libraries by arduino ide - without success

i really need any advices

There’s likely another copy of the library floating around - Arduino looks in multiple places - under the Arduino install, under the Arduino/libraries folder in your home directory (not sure if they’ve added any other locations).

i was my first thought; i removed source code from folder ‘libraries’ and checked some obvious places like ‘documents’ or ‘program files-arduino’

in the evening (there is early morning) i’ll try scanning whole my computer, maybe there is a copy something in ‘roaming data’ etc

If you enable verbose compilation output, Arduino will list the paths of all the libraries it’s including. It really helps with issues like these.

I’m getting same type errors too. Multiple libs all over and I dont understand how they got there. I only put them in the Doc/Arduino/library folder. It still compliles but it is annoying to see all those errors popup.

it is very-very strange

i double checked for dublicates of fastled than i made very simple sketch and tried to compile it; there is result 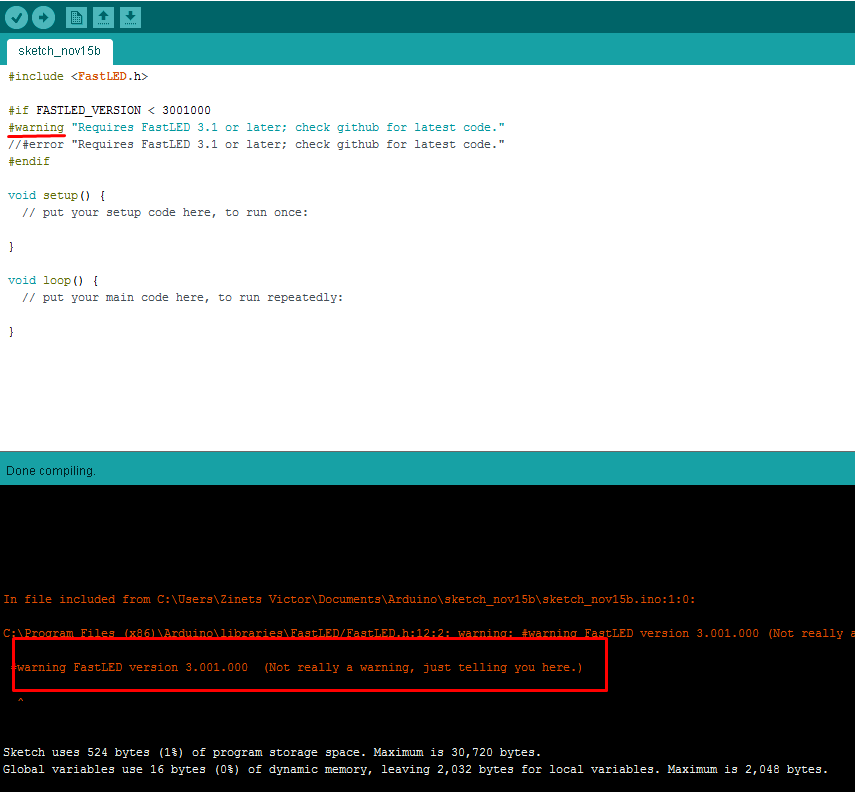 does it mean that fastled is installed? i think yes, BUT lets change code a bit 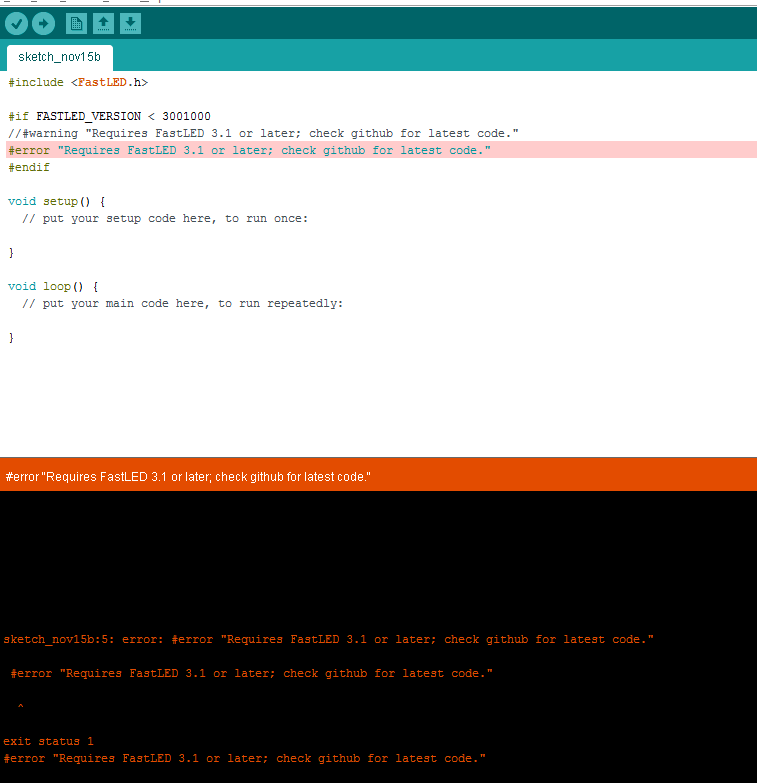 I just reproduced the issue. Looks like a bug with Arduino 1.6.6: http://pastebin.com/pKe9YnYq

Yup - it looks like the compiler w/1.6.6 trips every #error, even when it’s guarded by preprocessor conditions. I’m going to change those all to warnings.

Although we have other uses of #error that aren’t getting flagged… I’m going to dig deeper into what’s going on in here.