Hey guys, hoping you can help.

@John_Barron_II There’s a case mismatch between code and file name. Did you do the symlink in 2.2? (Or alternatively hack qr_resolve.cpp)

If your 3D printer uses OctoPi, this guide is for you. Even if yours does not, but uses a Raspberry Pi with an Arduino, much of the instructions can be relevant.

Where’s the case mismatch? Time.h vs time.h I did that one

It shouldn’t show a broken link. Someone noted that symlink did not work in his environment, so he hacked qr_resolve.cpp (or maybe renamed the file) and that fixed it.

I did the symlink first then tried the code change second

There’s an “Import Library” menu. Do you see Time_master after expanding the zip? 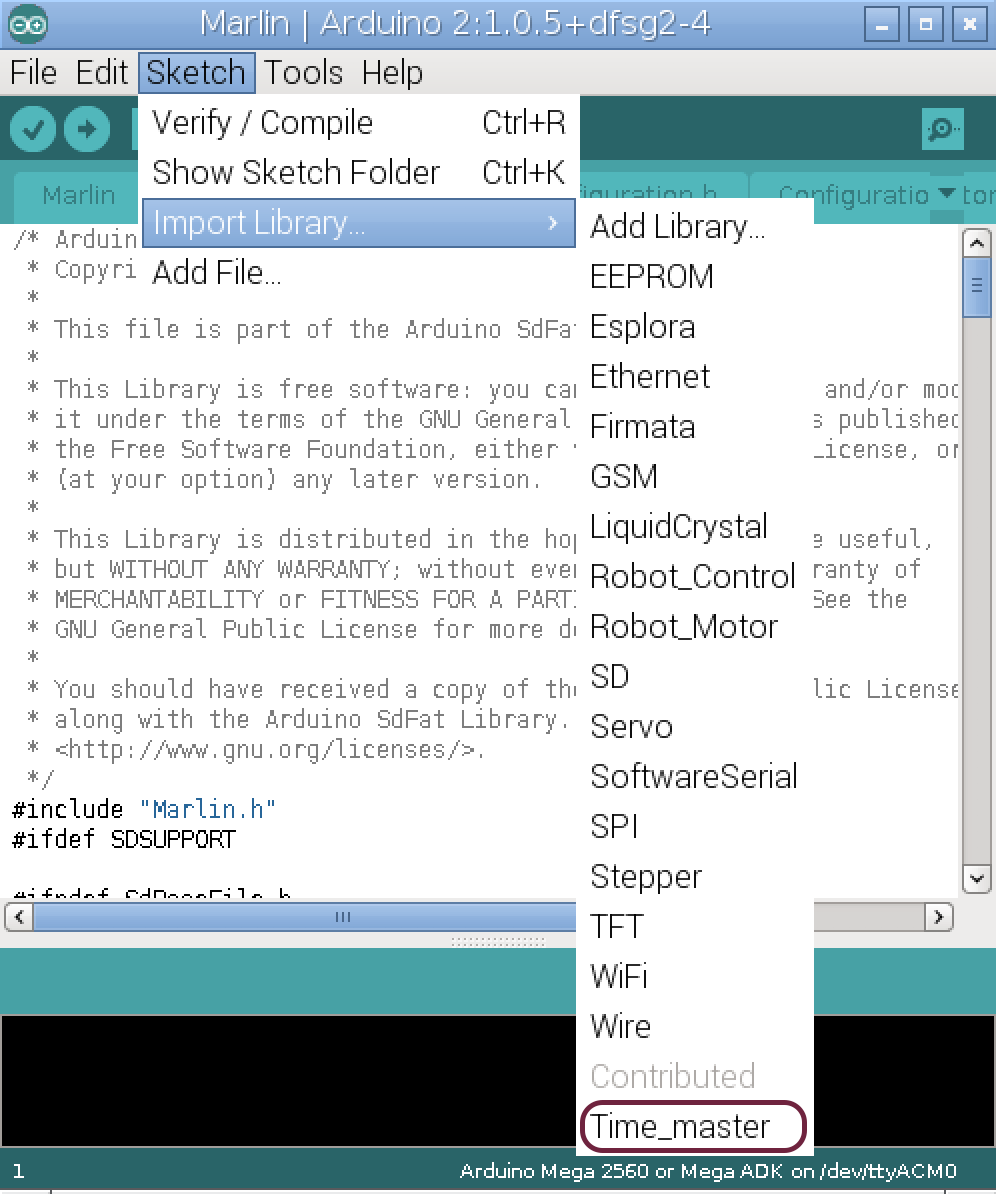 I didn’t see Time master, it showed up a just time