Hey everyone, this is my first time posting in this community! I'm working on

Hey everyone, this is my first time posting in this community!

I’m working on a new 3D printable Maker Faire robot. This one’s articulated and uses 3mm filament as pegs to hold it together.

I used the Duplicate Outline/Skin feature in Cura for the first time. Parts made with that feature enabled generally come out nicer. I’ve noticed smaller Z-seams, less layer deformation from solid layers/fills, and takes less time than to print everything in a smaller layer height because it only prints the outside walls twice at half the thickness of the inner walls.

Also used Cura’s Project Planner for the first time. It works very well! Parts auto-arrange themselves and can be rotate, mirrored, and scaled just like in the normal environment. I think the only thing that I’ll change is how it transitions between parts during the print. It currently returns to the home position of the X and Y axis (not sure why since the transition gcode says to go to center), extrudes a bit of plastic, then goes into position to layout the outline to prime the extruder. I’ll probably fix that issue with it not going to center and remove/decrease the bit of plastic it extrudes since it can get pulled into the part. Anyone know why it’s not going to center? 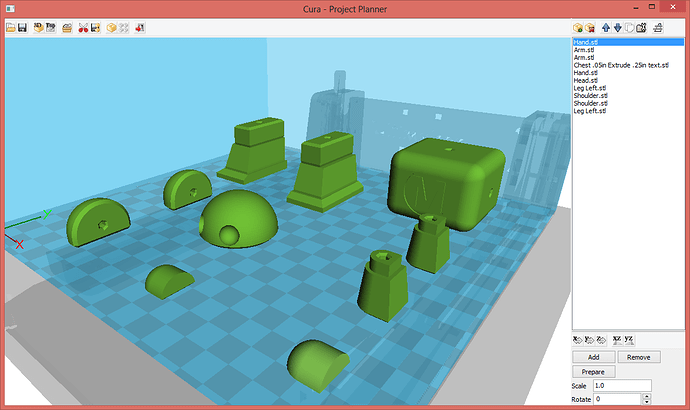 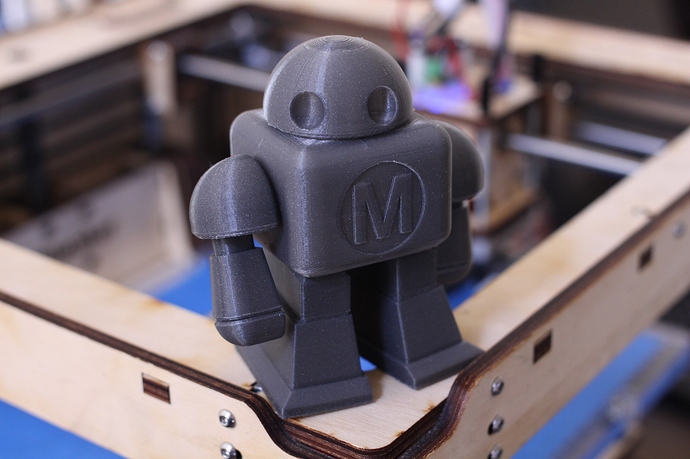 Welcome to the community. That print quality is really excellent. What is that printed on?

Seems to be an Ultimaker.
@Eric_Chu try activating “print all at once”, the second button from the right of the upper-left toolbar

how much time sis it take you to print it? @Eric_Chu

Took around 5.5 hours to print.