Hello everybody, all of my projects up to this point have utilized embedded mc's

Hello everybody, all of my projects up to this point have utilized embedded mc’s and FastLED. Which I can’t thank the community enough for the inspiration and help along the way…

I have now been tasked with something on a much larger scale and basically outside my current knowledge base. I wanted to throw out a hand to see if anyone could shed some light on where I should start exploring for info\hardware options.
The Job consists of the following:

Each column needs to have individual control of its included strips

I know this could be a large scale synced MC project but I’m looking for a more commercially available solution to run because my time frame is so short. The client had mentioned the use of a cueserver2 for playback but I know this will not have the live audio capabilities.

Let me know if this tech falls into anyone’s wheels house and shoot me a message if possible. Thanks again

@Tom_Schubert . If I understand correctly you would have top 7x50 =350 leds.
If you’re are using a teensy or an esp you would way enough power to process live stream audio. Using the msgeq7 you cab even process live music without the help of any external software.
Regarding DMX. Using the Arnet protocol you can easily push computer driven animation to the leds.

@Yves_BAZIN , in the simplest form, you are correct in the number of ‘channels’ I would need control over as each strip of dumb LEDs only has control variable of ON or OFF. In speaking of total LED count, for power considerations, its more like: (170) leds per strip x (50) strips_per_column x (7) columns = 59,500 leds per wall

I have yet to look into ArtNet and its feasibility but will dive into a bit and see what I can figure out. I know madrix and other high end soft\hardware controls could probably run this- but they are more suited for individual pixel\voxel control like I use FastLED for. This is simple in concept- but actually finding hardware which I wouldn’t end up with ~350 individual relays to control each strip is proving more difficult then I had hoped.

@Tom_Schubert I think you need to see what kind of refresh rate you are looking at. You don’t need 350 relays. With a bit of programming you can drastically reduce this. I can control 5900 leds (48 lines*123pix) with 1 board at 82fps. And these are not clock driven ones.
You would be able to control that amount of leds using a set of teensy sync to each other
Ps.: how are you going to power that large amount of leds ?!!

Just noticed I never updated anyone with the final design and how I finished this job: 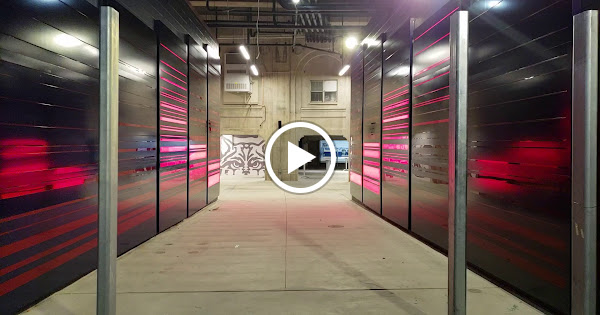 Here some videos of the walls.

Utilizing Madrix for the sound reactivity, and Enttec Pixelators to convert the artnet signals from the host computer. Sadly no FastLED was used.