Anyone else had to make a sound deadening enclosure to keep the family happy? 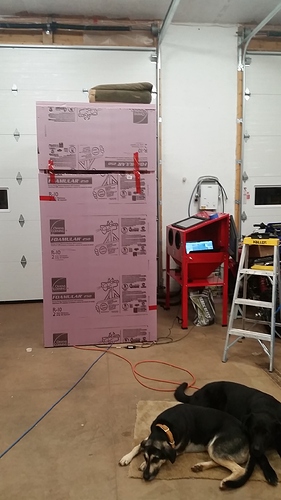 Does it really works? I want to make a enclosure for my OxCNC too, It makes a lot of chips, noise and it’s inside of my bedroom :).

It quiets it down a bit, enough to be bearable inside the shop. Just so happens I had a bunch of this foam laying around since we are building a house.

I saw a video on YouTube about towels being layered to deaden the sound, and thinking I might get to making one someday. I actually had planned to use this for a powder coat booth, because that powder sticks to everything, but it worked for an enclosure today

How big is your Ox?

I did similar, but had to add a fan to keep it cool

Yeah it was hot in there after 4 hours cutting aluminum