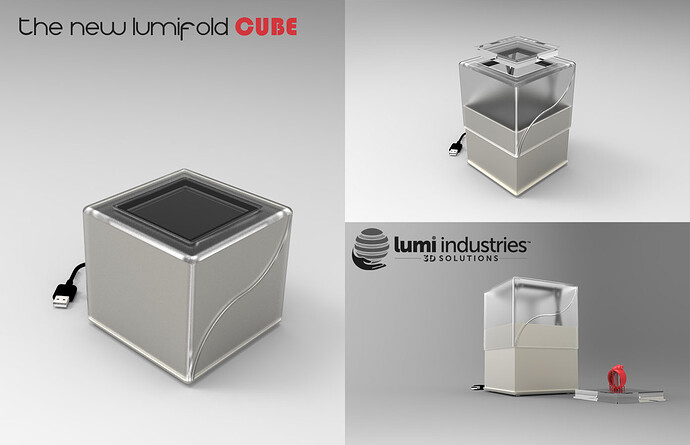 Remember Lumi Industries? They developed the Lumifold compact resin 3D printer. Now they’re working on something even stranger: a 3D printer concept that uses a tablet.

The layer developing concept is cool - Boosted high resolution screens might just do it.

I haven’t built a resin printer yet, so correct me if I’m wrong, but don’t you need a dlp projector because the projector has the ability to simply not shine light in certain areas? I thought of the tablet idea (not the scissor jack part) a year ago and that’s what I recall being the issue with this.

High-resolution screens have more than enough pixel density for this. The trick is keeping the light collimated enough so that you effectively have a contact print and getting resins that are sensitive to wavelengths that won’t degrade the LCD too quickly. (I’ve played with some of this using a surplus monitor, but I don’t have the resin chops.)