Finished my Ant Farms over the weekend. The Gel one is made of acrylic and has 3d printed accessories (feet, top, entry port on the right) The smaller new colony I have, with a queen, is still “investigating” and haven’t committed yet, but doing fine.

The second a colony however is dead. The cause I believe was asphyxiation. I’ll document what happened on my blog http://www.dbclunie.com in the next coming days. But more or less the 3d printed nest had a warp, to fix this I used some resin and sanding to better “flatten” out the bottom. Then to cover the resin I used spray paint, while it was just on the exterior the 3d nest was by no means printed with 100% infill so the interior was hollow-ish and i believe the ants were overpowered by the fumes (even though it had been about 6 hrs since painting it) to top it off I used a bit of super glue on the connecting port about 3 hrs before since the initial placement of the ants, so it could have been off gases from that as well. The odd thing was while i was connecting the tubes (3 of em ) and then shorting them by removing one after the other as the ants investigated they seemed fine, and after watching them for about 4 hrs and it being 5:30am I went to bed. 45 min after I went to bed they were dead. I’ve got some video of the ants with a close up lens (both the gel and the 3d printed colony so i’ll put them up with the post too). Guess I’ll have to go out and get another queen and try again with that 3d printed nest once it “airs out”. 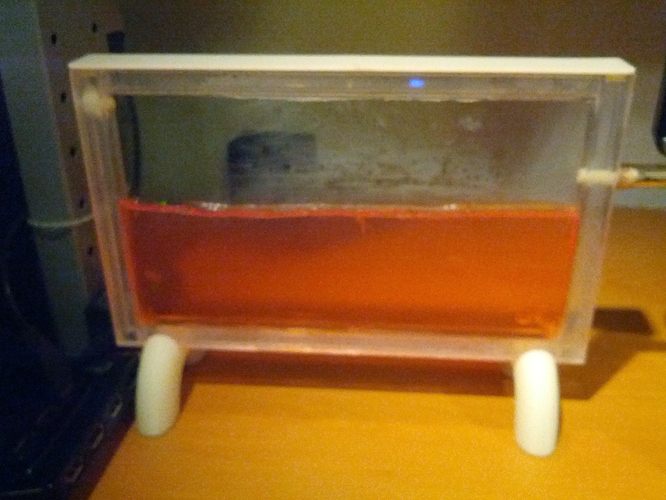 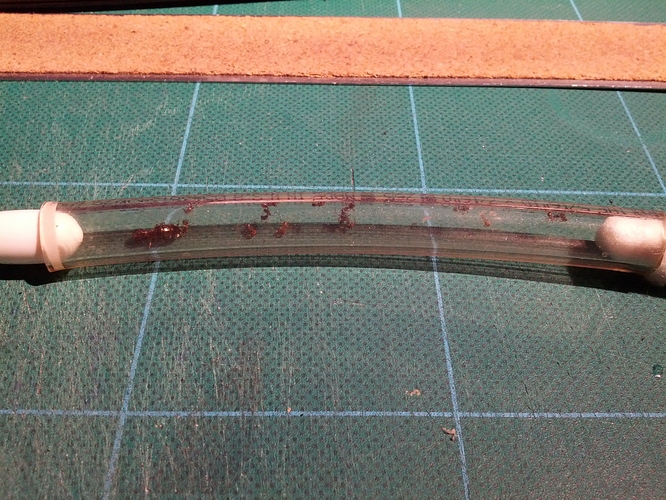