Forwarding to the G+ community: Originally shared by Rene K.

Forwarding to the G+ community:

We had three printers:

Makerbut Cupcake by @Thomas_Amberg , he printed with green ABS and tried some high case (>80mm) and interestingly the edges bent up away from the base/platform, and finally the case broke several times while cooling but still being printed (never saw this before). (Anyone with a good explanation?)

#FreeDeePee by @Simon_Litwan , he just got new hotends (J-head) and was still tuning the settings, so his prints were moderately (stringing), printing with white PLA on “blue tape”.

Prusa Mendel i2 by ??? (sorry forgot the name, will add it when I found out), he built his i2 last year, self-sourced, also hand-soldered controller, DIY all, but his prints were the best, very clean, well tuned (the samples he brought with him). He bought Laywoo-d3 filament for the first time tried to print at the meetup, the last photo of the series, failed top, but walls were OK (printed at 200C). He is now building an i3, self-sourced, and hand-soldering the controller again

About 15-20 people attended, about the same amount as last time. 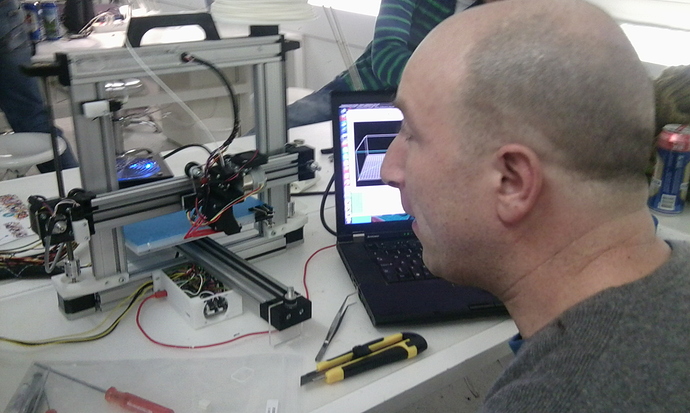 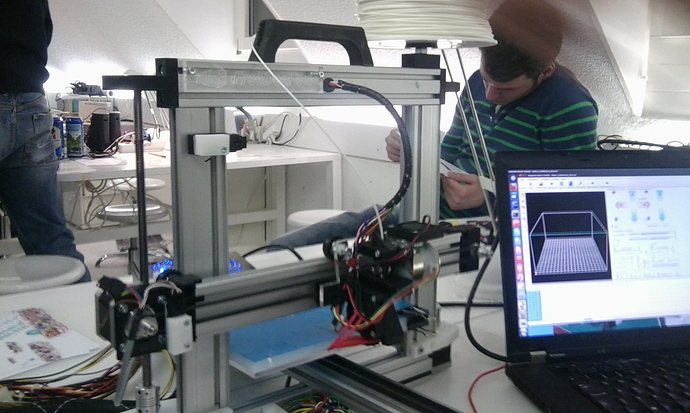 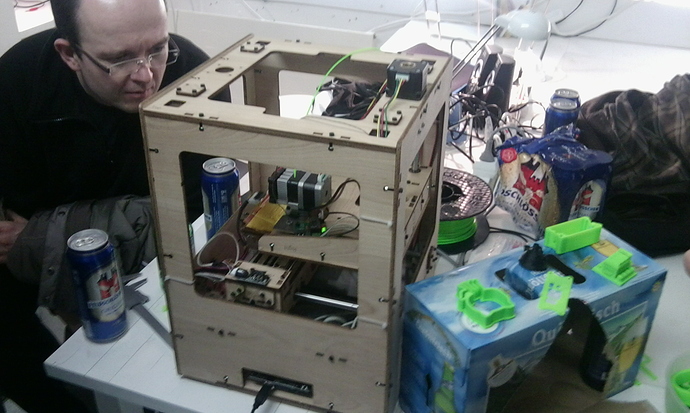 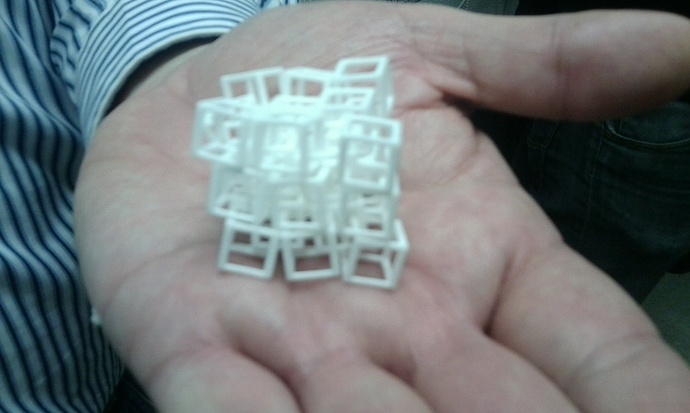 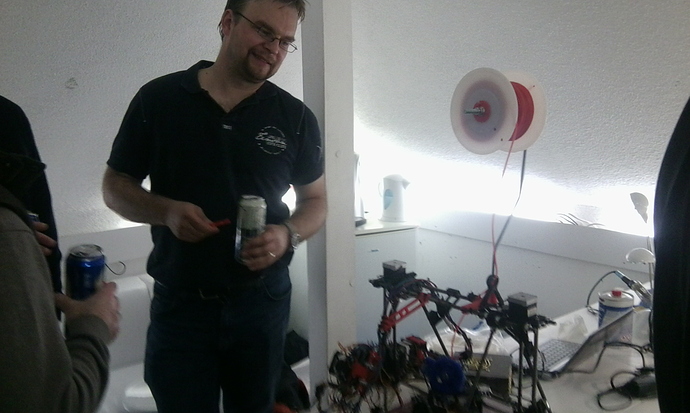 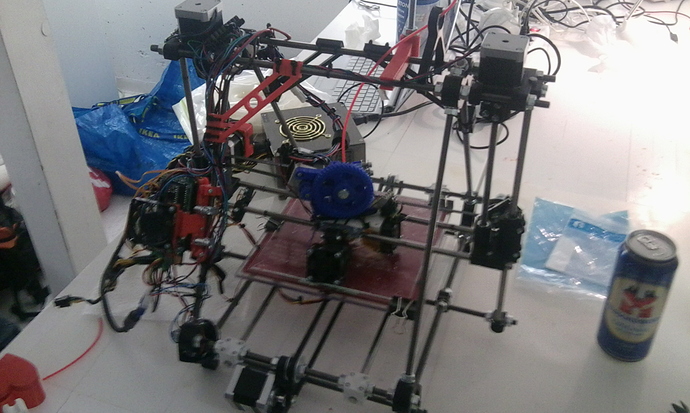 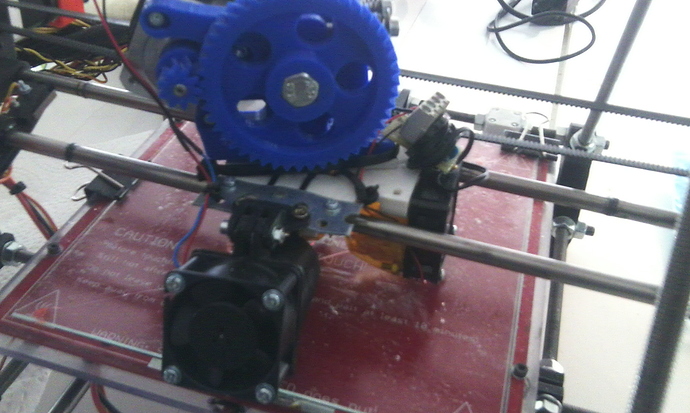 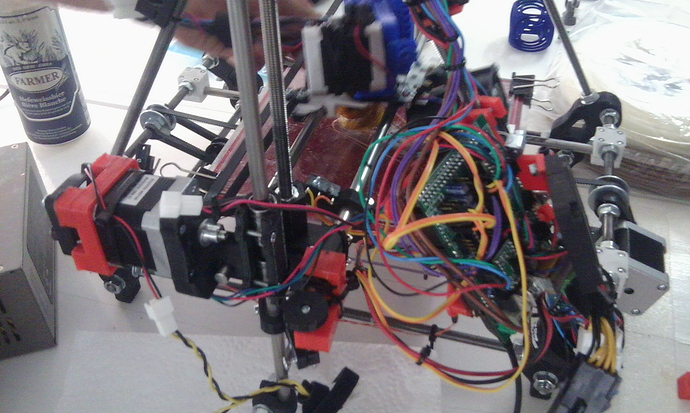 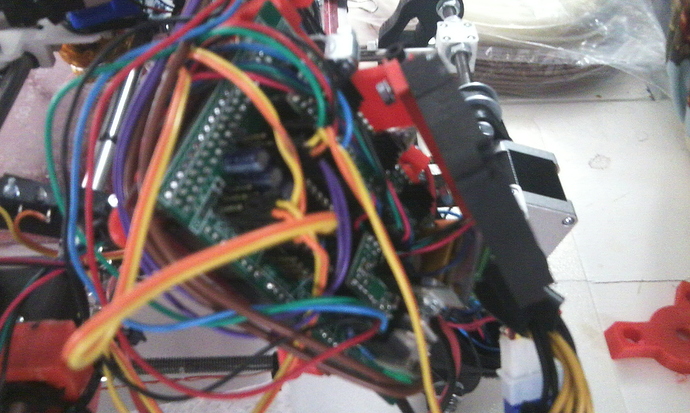 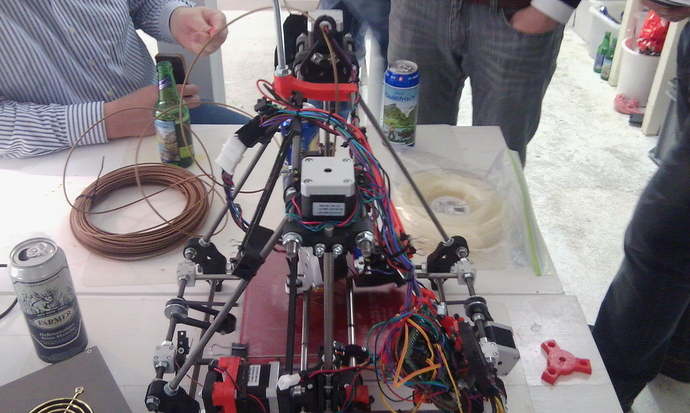 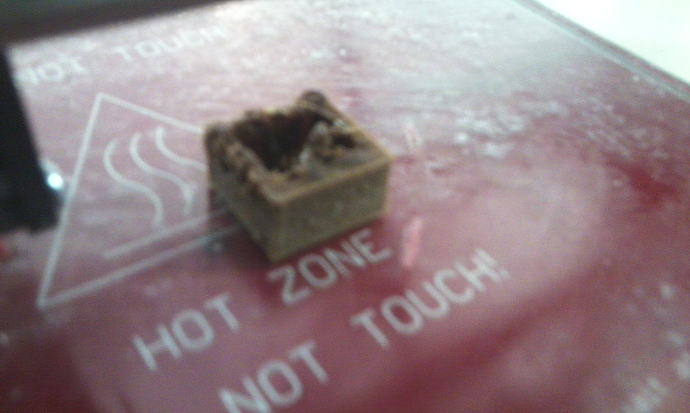 and it’s a Thing-O-Matic (not Cupcake); can’t edit forwarded posts (thanks G+).